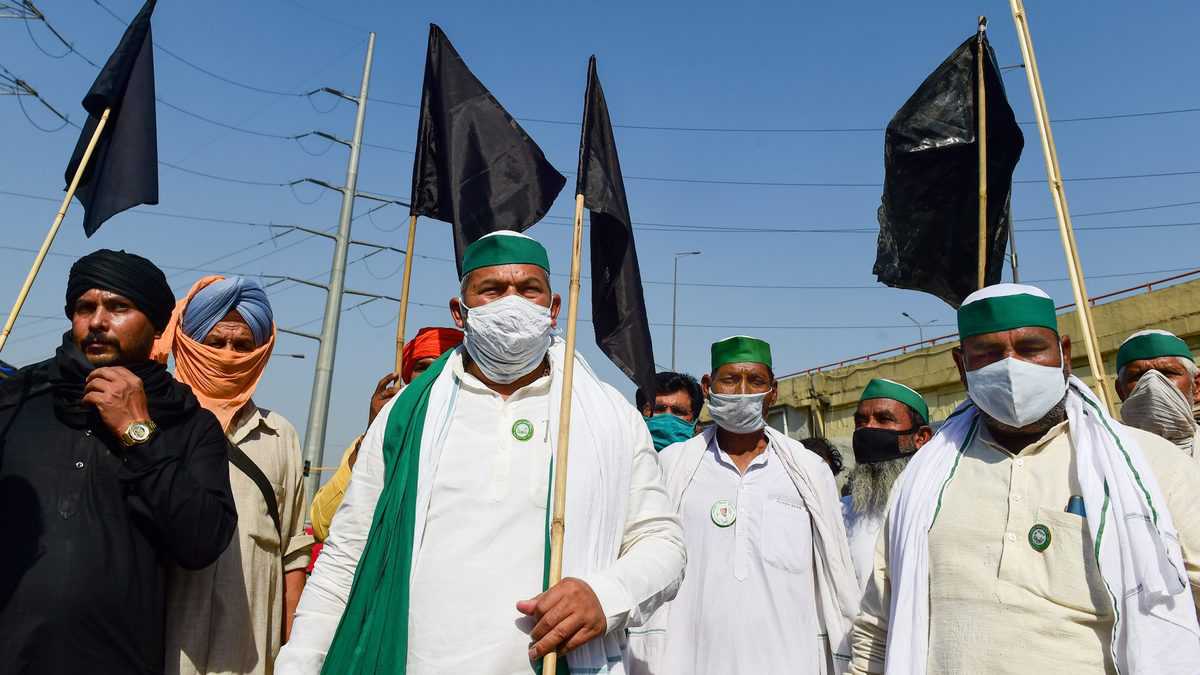 Hyderabad: All India Kisan Sangharsh Coordination Committee (AIKSCC), Telangana, has organised a ‘Maha Dharna’ (major demonstration) on November 25 at Indira Park’s Dharna Chowk, to mark the one-year anniversary of the farmers’ agitation. The event, which will begin at 10 am, will be attended by Rakesh Tikait and other leaders of Samyukta Kisan Morcha (SKM).

Despite Prime Minister Narendra Modi announcing the repeal of the farm laws on November 19, the farmers plan on continuing their protests to achieve the other key demands of the movement.

The ‘Maha Dharna’ will be celebrating the historic victory of the farmers whose movement resulted in the repeal of the three farm laws. The dharna will also focus on demanding a legal guarantee of Minimum Support Price (MSP), withdrawal of electricity amendment, justice for the martyrs of the farmers’ movement, withdrawal of cases against farmers and leaders.

They also are demanding the removal of Union Minister Ajay Kumar Mishra whose son is the prime accused in Lakhimpur Kheri violence, where farmers were run over by a speeding vehicle.

State and district level AIKSCC committees have chalked out the program in detail, and are conducting campaigns in villages with wall posters and pamphlets being distributed, to ensure its success.

Rally on Tractors to be held on November 29

Bharatiya Kisan Union leader Rakesh Tikait on Wednesday said that as many as 500 farmers will reach Delhi on 30 tractors on November 29.

“We will withdraw our protest and will go home after the government accepts our demand for law on Minimum Support Price (MSP). We don’t have the intention to stay put at Delhi border till January 26. If the government accepts our demand on MSP and compensation for 750 farmers who died during the protest, then we will go back home,” said Tikait in conversation with ANI.

He further stated that other details regarding the same will be disclosed after a meeting scheduled to take place on November 26, which marks the first anniversary of the farmers’ protest against the (now repealed) three farm laws.