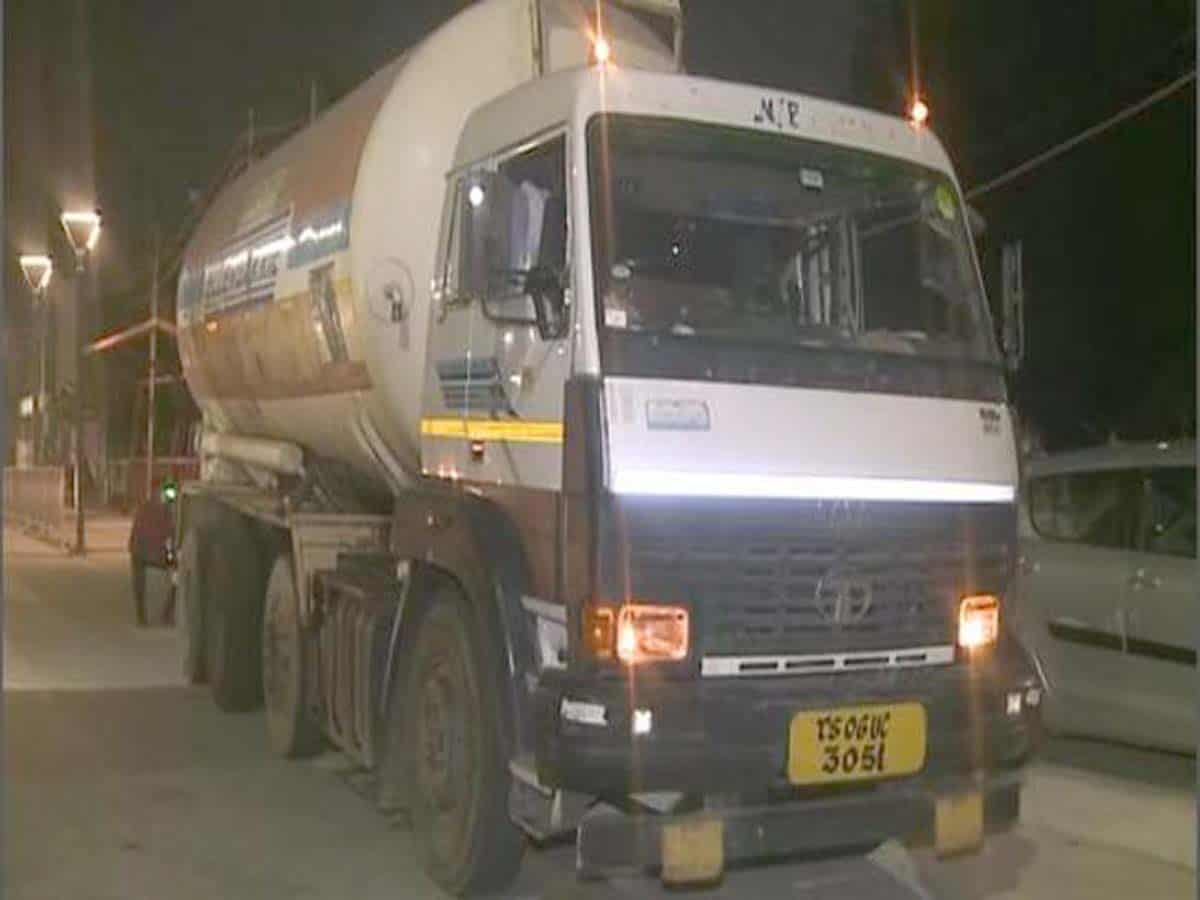 Hyderabad: Telangana Government on Wednesday informed High court that neighbouring Tamilnadu state is obstructing in transporting the liquid Oxygen to the state.

This was informed to a bench comprising bench Chief Justice Hima Kohli and Justice Vijaysen Reddy by the Director public health and family welfare Dr.Srinivas Rao during the hearing of a public inters litigation (PIL). The Telangana Government alleged that though Central Government has allocated 430 metric tons of liquid oxygen and to obtain from three neighbouring states including Karnataka, Odisha but Tamilnadu is acting as a stumbling block for the transportation of the Oxygen tankers. “The oxygen tankers are being allowed to enter into Tamilnadu for filling purpose, hence there might be acute shortage of the same” informed Srinivas Rao before court.

The Government of Telangana further informed court that, state chief secretary has demanded 600 metric tones from the central government but only 430 metric tons has been allocated to Telangana despite increasing demand in the state. As per the allocation by the central government 55 metric has to be released by the Tamilnadu Government but the state machinery is not co-operating and not allowing the oxygen tankers for transportation.