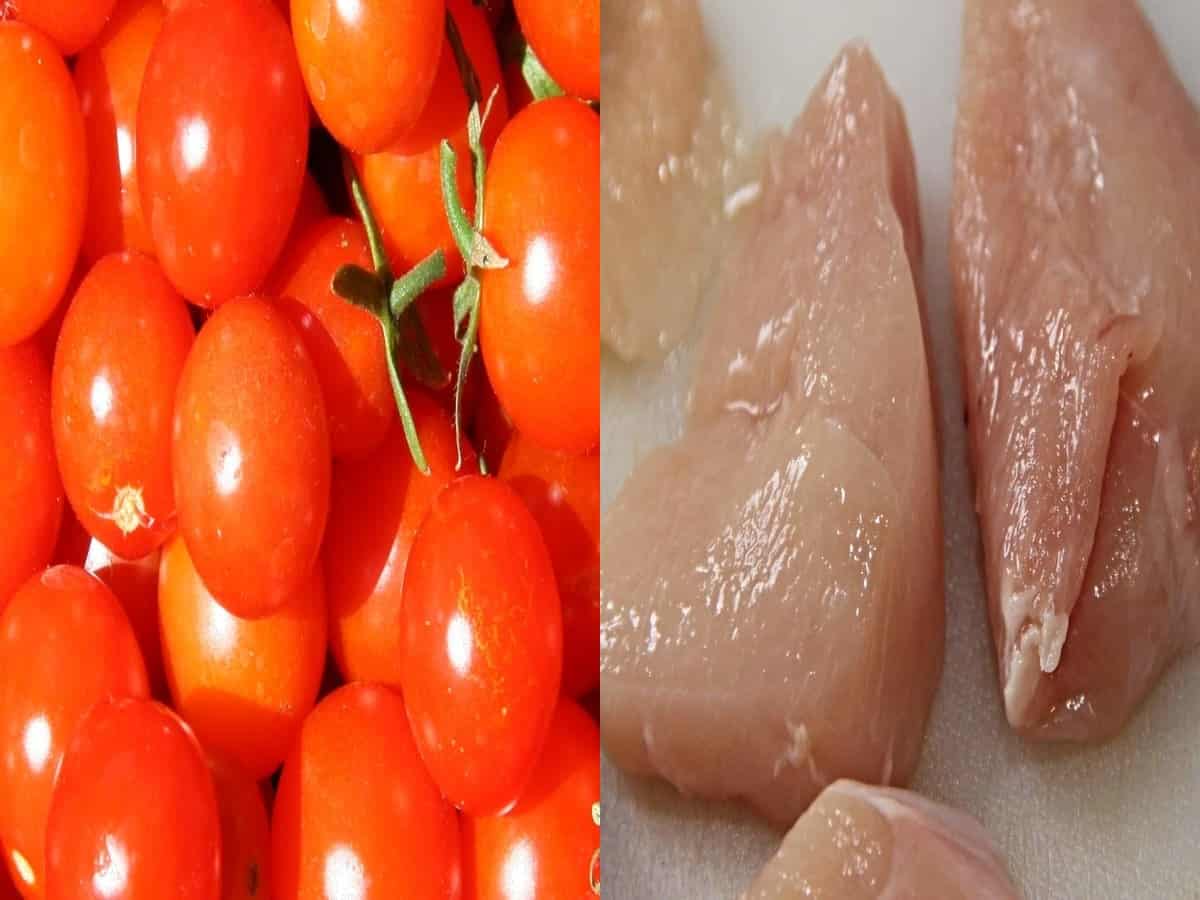 Due to the summer season the cultivation of tomato was decreased in Telangana.  Earlier around 9000 boxes aggregating 2.25 lakh kilo tomatoes used to come in the wholesale market. This quantity has reduced to a mere 3,000 boxes now.

Due to the short supply of the popular vegetable which used to be sold between Rs 15 to 20 per kg is now being sold between Rs.80 to Rs 90 per kg. Only 30% of tomatoes come from Nizamabad’s  Ankapur.

As for chicken prices, they were increased from Rs 80 and Rs 125 five months ago to Rs. 500 per kg for boneless chicken now which clearly is beyond the reach of common people.

In Summer, generally broiler chicken prices drastically increase, but this year they are higher than usual. Feed costs have also risen and demand has been robust, causing chicken prices to increase.

The increase in poultry feed prices led to a rise in production costs, resulting in a general increase in prices throughout the state.