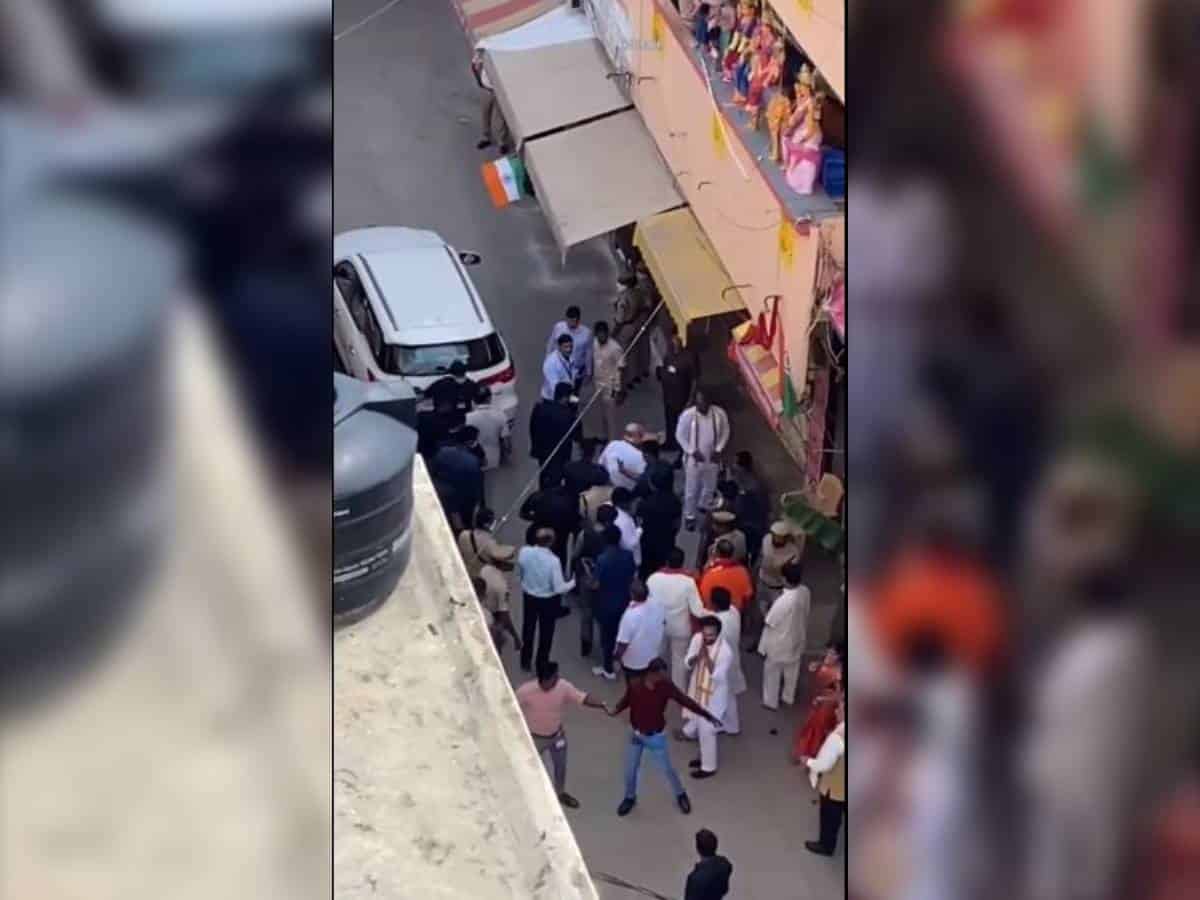 Leaders of the ruling Telangana Rashtra Samithi (TRS) and the Congress party branded Sanjay a ‘slave’ of Delhi and Gujarat leaders and called for safeguarding the self-respect of Telangana.

In the video, Sanjay was seen in a rush to get Amit Shah’s footwear after they came out of the temple and kept them on the ground for Shah to wear them easily.

TRS working president KT Rama Rao tweeted that the people of Telangana are watching ‘Gujarati slaves who carry Delhi shoes and also the leader who is fighting against the Delhi leaders.’

Leaders of Congress also lashed out at Bandi Sanjay for ‘slavery’. AICC in charge of Telangana Manickam Tagore posted the video with the comment ‘Telugu self-respect’.

“What’s the position of the Backward class leader in BJP see the truth,” KTR wrote.

“Bandi kept the Telugu self-respect at the feet of a former tadi paar,” reads a tweet from TPCC’s official handle.

Amit Shah on Sunday visited the temple immediately after landing at the Begumpet airport. He then addressed a public meeting in the Munugode Assembly constituency to formally launch BJP’s campaign for the upcoming by-election.