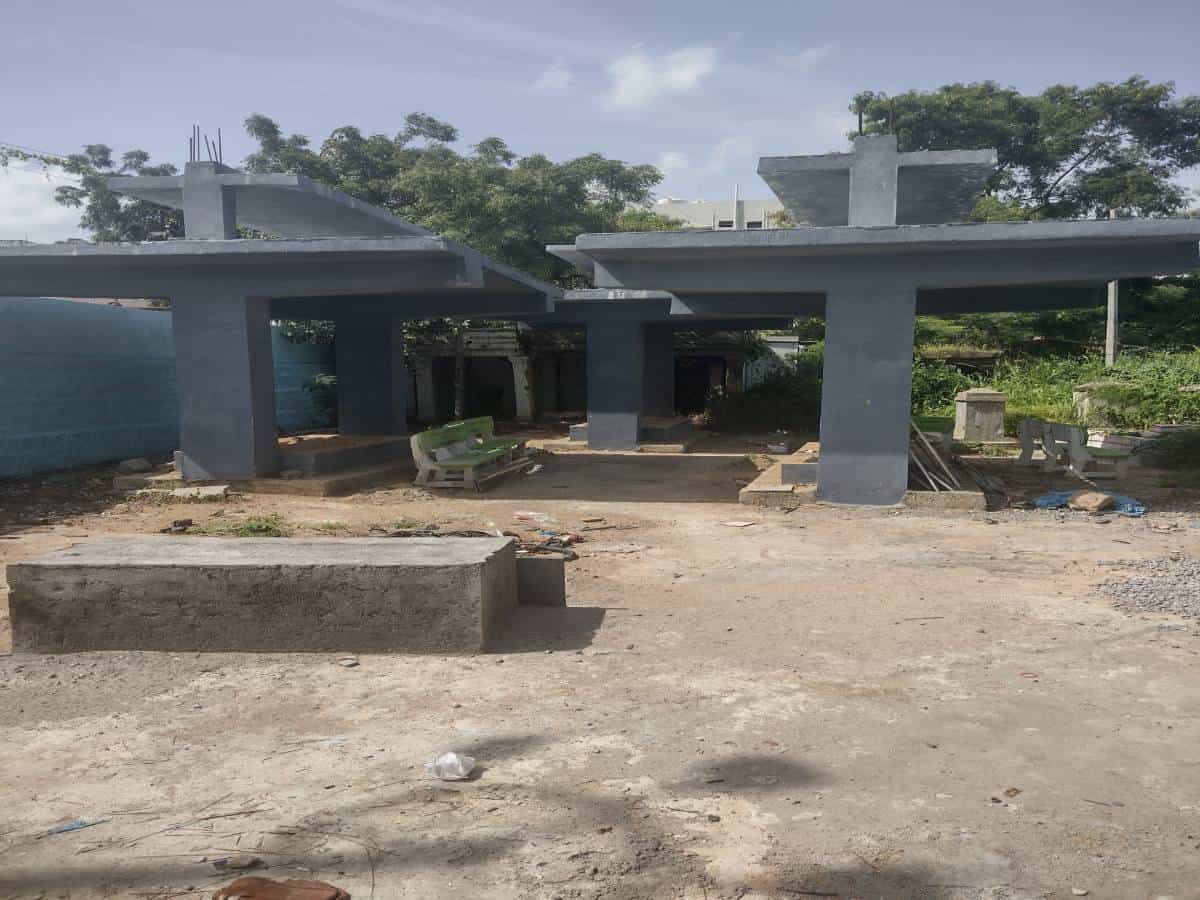 Hyderabad: On August 8, a resident of Mettuguda passed away passed away and her funeral rites needed to be taken care of. However, her family members were in dire straits as the Hindu graveyard near Govindpuram at Mettuguda was shut.

Finally, after pressure from other locality members as well as the intervention of officials from the Chilkalguda Police Station, the graveyard was opened to complete the last rites of the deceased. This incident, which took place one day ago, is a problem that has been persisting from four years, as the Mettuguda graveyard has been shut since then.

The shut graveyard near Govindapuram at Mettuguda, established by the Greater Hyderabad Municipal Corporation, has been resulting in locals facing many issues while cremating their deceased family members. The situation is also forcing many to spend more money in making other arrangements. While the official reason over the situation is that the graveyard is in dire need of repair, local residents and others have another story to narrate.

“The contractor stated that until the inauguration of the graveyard is completed, she cannot open it. She asked us specifically to go and perform the last rites in another graveyard,” remarked Anil Kumar, a social worker.

A quick inspection of the graveyard by this reporter revealed that no worthwhile renovation has taken place. The residents allege that local Corporator from the ruling Telangana Rashtra Samithi (TRS) Rasuri Sunitha of Mettuguda Division 144, whose house is right next to the graveyard, is slowly encroaching on the land.

With an eye on the same, she reportedly cut down a Banayan tree in the graveyard which is supposed to be over 150 years old to make the encroachment easier. According to the Indian Forests Act, cutting down a tree is punishable with a fine of Rs 10,000 or imprisonment for three months.

The concerns of the citizens in the locality hold water for a variety of reasons. Aside from their legal right to access infrastructure set up for them, they also save money if the graveyard was put to use. The lack of this poses a grave civic concern especially in COVID-19 times when movement is supposed to be restricted.

“The expenditure for last rites is fairly expensive. If we can do it in Mettuguda, it costs us around Rs 15,000. However to go elsewhere requires a large vehicle and not all the residents are prosperous enough to afford that. But they end up paying around Rs 50,000 instead of accessing the graveyard in the area itself,” said Kumar.

Another resident, S. Amrutha added, “We managed to get the graveyard opened yesterday because Anil and others protested. TRS Corporator Sunitha also said that since it is the day of Amavasya (no moon day), it would be inauspicious to open the graveyard. This is neither a function hall nor a hospital for one to think about what is auspicious.”

Amrutha’s son died over a month ago and she couldn’t access the graveyard either. When she questioned the TRS Corporator, she was met with a hostile reception and was subsequently insulted. Yesterday was the first instance wherein a deceased was burnt there after four years.

As Anil Kumar noted, every single resident and their family members going back to two generations have been buried in the graveyard and that was put to a stop by the current TRS Corporator. “Even before she completely took office, she started encroaching. When the police got involved yesterday, she managed to get a few residents living opposite the graveyard to complain about a smell emanating from there. This was done just to ensure that the space remains shut. Even the caretaker of the graveyard is in a helpless situation,” he concluded.

Despite repeated attempts by Siasat.com, TRS Corporator Rasuri Sunitha was unavailable for comment. The status quo remains that the graveyard which is supposed to be accessed by residents remains inaccessible.