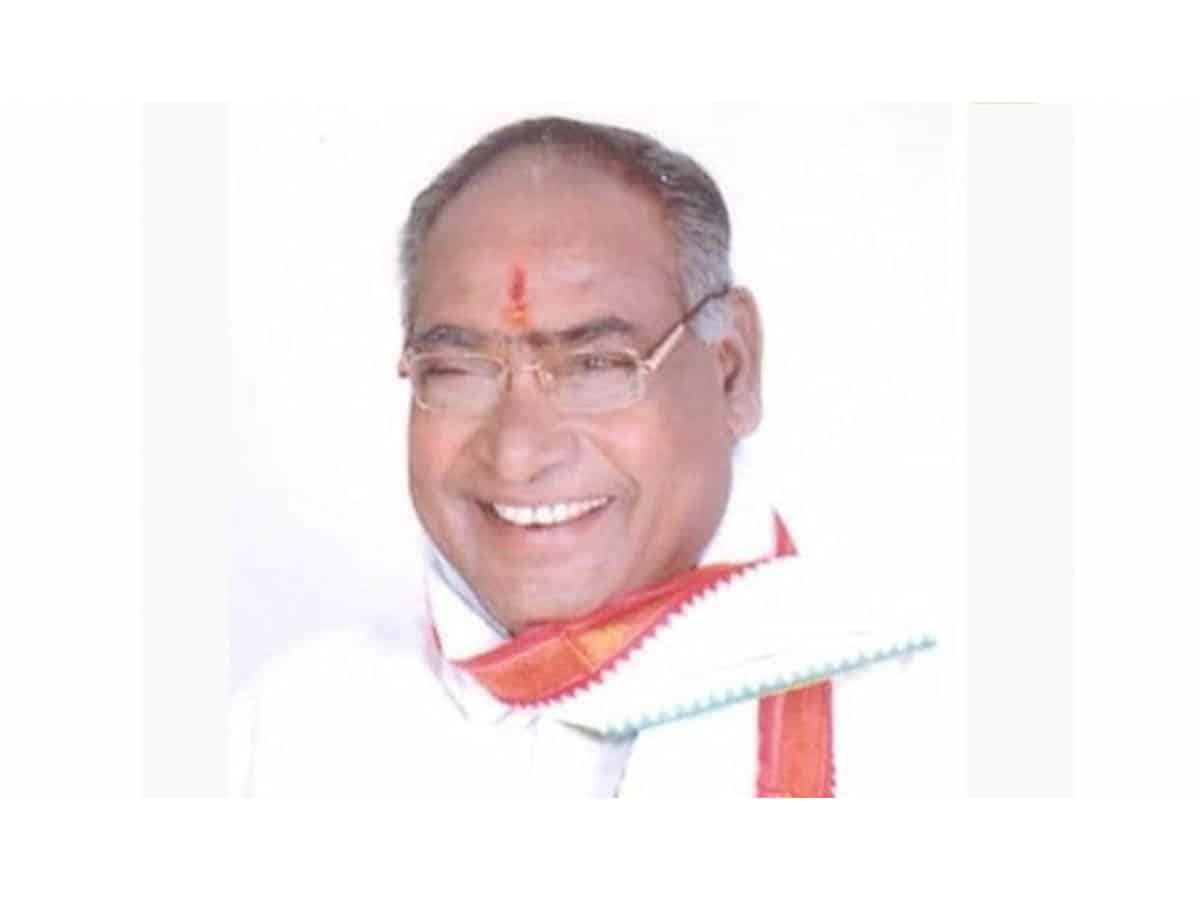 Hyderabad: Telangana Rashtra Samiti (TRS) leader and former minister Kamatham Ram Reddy has died at the age of 81 at his residence in the early hours of Saturday. The leader passed away after being ill for some time.

Kamath Ramreddy, a former Congress leader, has won three joint terms in the joint Andhra Pradesh. In the 2014 elections, he joined the BJP after the Congress party refused him a ticket and lost the election. He then joined the TRS party from the BJP during the 2018 elections. He was, however, currently away from active politics.

Kamatham Ram Reddy was elected as an MLA for the first time in the 1967 elections and won the constituency as an independent candidate. He later won as a Congress candidate in 1972 and 1989. He was elected as MLC in 1980.

He served as Chief Whip in 1968, Minister of Civil Supplies in the Jalagam Vengala Rao Cabinet in 1977, Minister of Marketing and Warehousing in the Ministry of Nedumali Janardhan Reddy in 1991, and Minister of Revenue in the Kotla Vijayabaskar Reddy Cabinet in 1992.

His funeral will be held in Mohammedabad, Mahabubnagar.