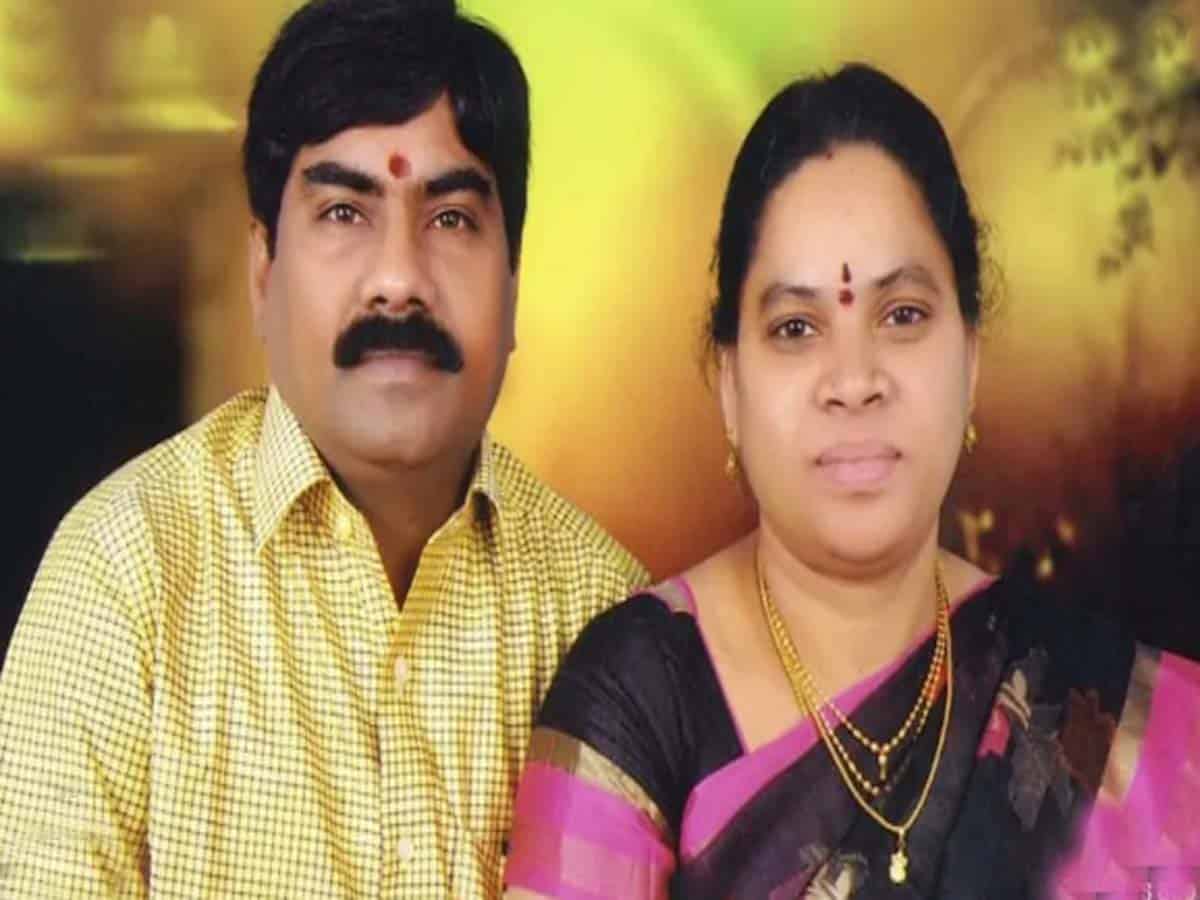 Hyderabad: A local leader of TRS in Telangana and two others were arrested in connection with the gruesome daylight killing of a lawyer couple as the ruling party suspended him while advocates staged protests against the fatal attack.

TRS Manthani Mandal unit president Kunta Srinivas along with another person allegedly made the murderous attack on Gattu Vaman Rao and his wife P V Nagamani on Wednesday as he bore some personal grudge, police said, ruling out as of now any political reason behind the killing.

According to police, hours before the crime, Srinivas had attended a programme in Manthani in Peddapalli district as part of celebration of the birthday of Chief Minister K Chandrasekar Rao.

Vaman Rao and his wife, both practicing lawyers in Telangana High Court, were travelling in a car when the assailants intercepted the vehicle and attacked them using knives and other sharp weapons on a main road in Peddapalli district, with the incident drawing widespread condemnation.

During his last moments, Vaman Raohad named the TRS leader as being responsible for the attack. Vaman Rao’s family members have also alleged a local TRS leader was behind the gruesome act.

During the course of investigation, Srinivas and two others have been arrested, police said.

Srinivas was among the two who carried out the attack and both fled the spot after the incident and later dumped sharp weapons and their blood-stained clothes in a barrage, police said.

Srinivas had certain differences with Vaman Rao and he hatched the conspiracy to kill him and his wife, the IGP said.

During interrogation it was revealed, the accused bore grudge following differences regarding construction of a temple and a house in Gunjapadugu village, the senior police official said.

Based on the investigations so far, there was no political reasons behind the killing, he said.

In a related development, the Telangana State Human Rights Commission (TSHRC) on Thursday souoght a report from the state DirectorGeneral of Police by March 10 over the gruesome murder of the lawyer couple.

The commission on its own took cognisance of media reports about the killings.

“Such types of crimes need to be curbed by the law and order maintaining agency with all its efforts otherwise the society does not have peace at all.It is the duty of the state to identify and have a watch in all its areas where crime zones are there, which are prone to such types of incidents,” it said.

The panel said it feels very bad about the manner in which the incident occurred.

The lawyer couple had moved the high court in September last year complaining that police were harassing and threatening them after they wrote a letter (which was taken up as PIL) to the court over alleged custodial death of a man underManthani police station.

The couple had also filed PILs on various public issues in different courts, including in the high court.

Condemning the killing of the advocate couple, lawyers held protests here and some other places in the state on Thursday.

They appealed to the government to set up a special investigation team (SIT) to probe the double murder and prosecute the accused in a fast-track court. They also demanded that the perpetrators be given sternest punishment.

Meanwhile, a bandh was observed by different political parties except TRS party inManthani town on Thursday.

Police said the bandh was partial and peaceful.