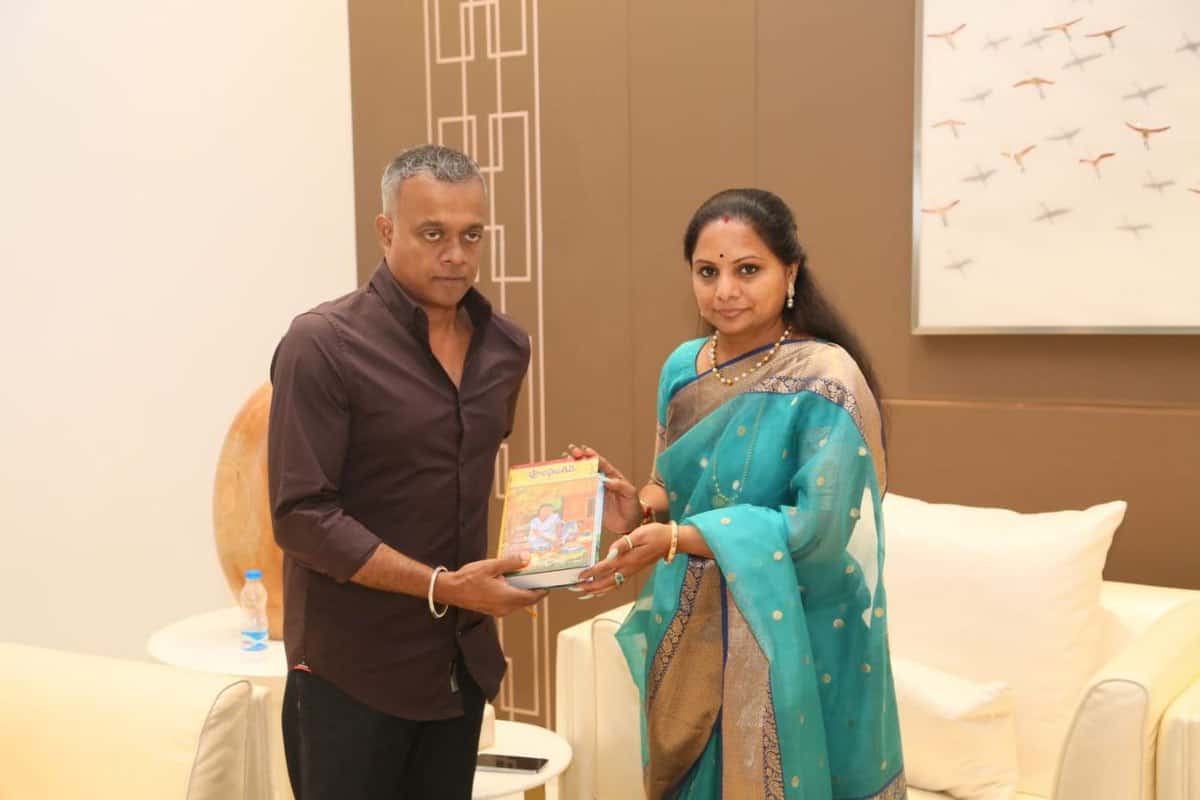 Hyderabad: Telangana Rashtra Samithi (TRS) MLC K. Kavita today launched the ‘Allipoola Vennela’ song here to mark the beginning of the Bathukamma Festival. Ahead of the festivities, Kavitha and filmmaker Gautham Vasudev Menon launched the song that was produced by her organisation Telangana Jagruthi.

The song was shot in the districts of Telangana, and was released today ahead of the first day of the Bathukamma festival. The song has been composed by Academy award Winner A. R. Rahman, sung by Uthara Unnikrishnan, penned by Mittapalli Surender, and choreographed by national award winner Brinda.

The nine-day Bathukamma festival has now become an integral part of Telangana especially after its bifurcation from the erstwhile joint Andhra Pradesh state. It is a colorful and vibrant festival primarily celebrated by women in Telangana, with flowers that grow exclusively in each region. This festival is a symbol of Telangana’s cultural identity. It is celebrated during the fag end of the monsoon, before the onset of winter.

The monsoon rains usually bring plenty of water into the freshwater ponds of Telangana and it is also the time when wildflowers bloom in various vibrant colors all across the uncultivated and barren plains of the region. The most abundant of these are the ‘gunuka poolu’ and ‘tangedu poolu’.

There are other flowers such as banti, chemanti, nandi-vardhanam, etc. Bathukamma is celebrated by the womenfolk of Telangana, heralding the beauty of nature in vibrant colors of multitudinous flowers.

After launching the new song, Kavitha tweeted, “The festival of colours, melody and togetherness Bathukamma is here! Here’s sharing a glimpse of the special song for Bathukamma by @[email protected] and a dream team for all my sisters.