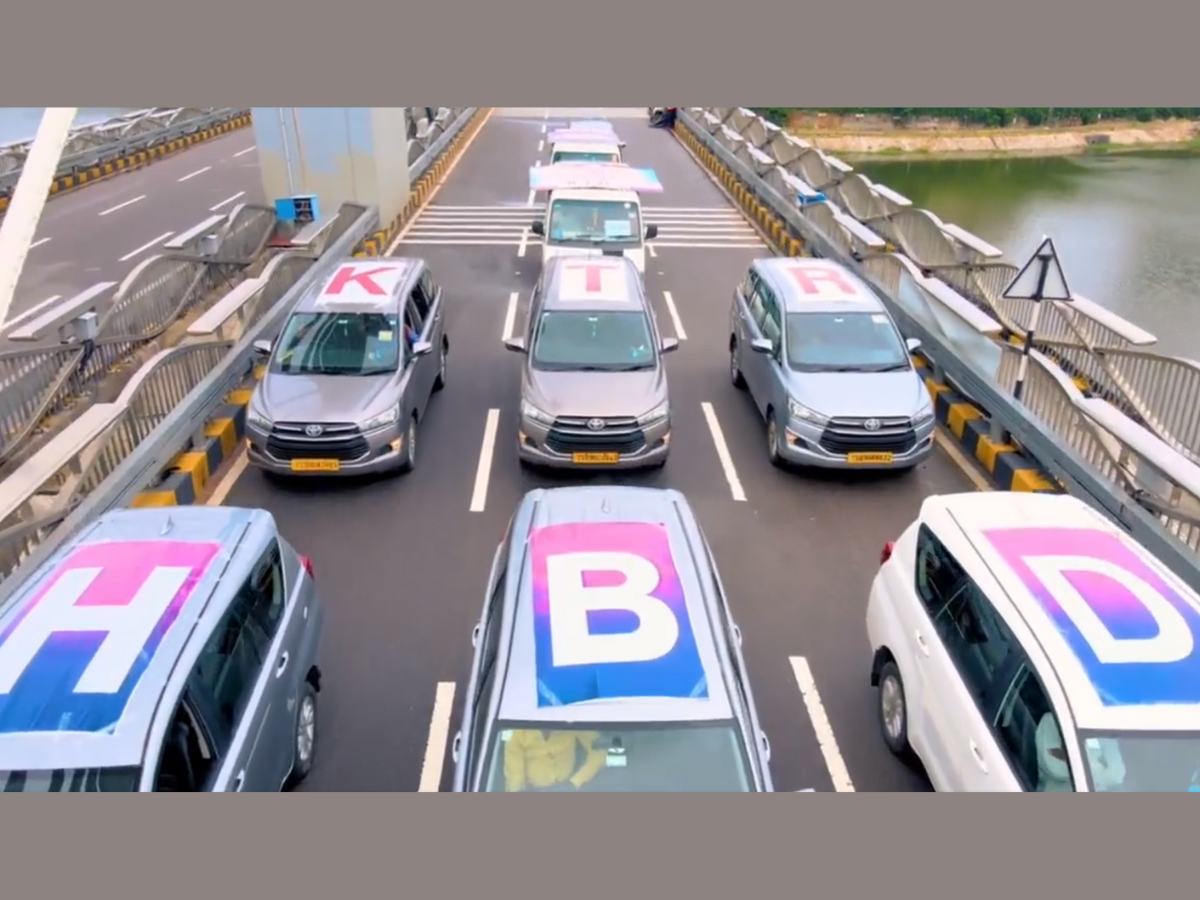 Hyderabad: On the occasion of the birthday of Telangana Rashtra Samithi (TRS) working president KT Rama Rao (KTR) on Sunday, many of his fans saw an opportunity to wish him in rather creative ways.

A TRS youth wing member named Aravind Alisetti aimed to make a grand gesture and came up with a procession of cars that would spell out “Happy Birthday KTR,” alongside a picture of his beloved leader, raised atop another car. An ariel view video captured the grand gesture of this fan.

However, he chose to carry out this rally on the Durgam Cheruvu cable bridge, which sees a constant flow of traffic every day.

Telangana: In wake of floods, KTR to not celebrate birthday

Cyberabad traffic police informed Siasat.com that Alisetty had taken prior permission to occupy the bridge for two hours on Sunday. During the two hours, traffic was diverted towards the Centre of Organisational Development on the Madhapur main road.

“Can common man also have access to such permissions? Can citizens stop traffic on Cable Stayed Bridge on Durgam Cheruvu?” asked a disgruntled resident of the city on Twitter.

Other followers chose more independent ways of wishing the state minister a happy birthday. A farmer from Karimnagar used his crop, while TRS social media convenor Krishank distributed 200 raincoats to children. Many donated to schools and other institutions under the minister’s ‘Gift A Smile’ campaign.

On 23 July, KTR announced that he had decided not to celebrate his birthday in wake of floods in Telangana. He also launched the campaign urging fans to work towards the cause, rather than carrying out grand celebrations and gestures.

On the eve of his birthday, the minister also announced that he was injured in a slip and fall accident. He has been advised bed rest for a period of three weeks.