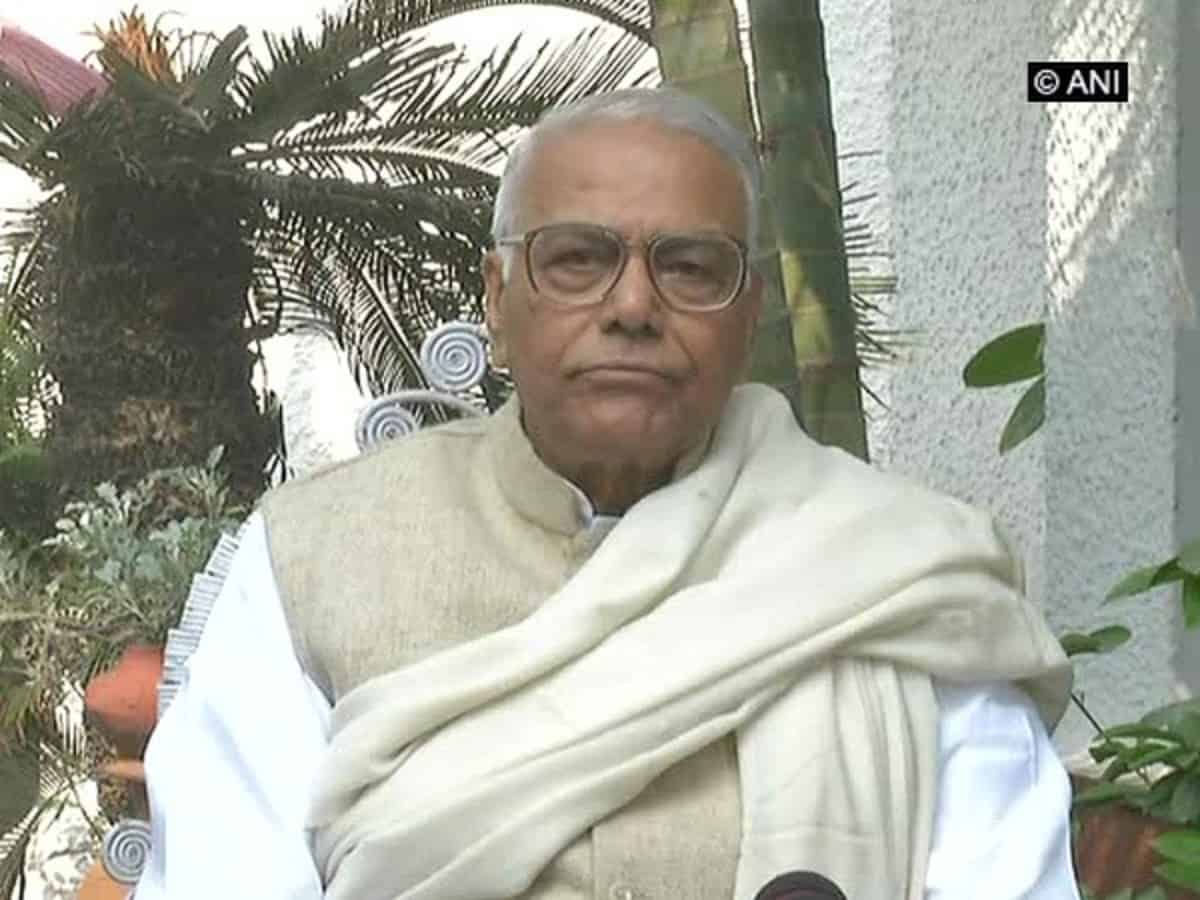 Hyderabad: The TRS party will be supporting former minister Yashwant Sinha who has been named as the joint opposition candidate for presidential polls to be held on July 18.

A decision was taken in this regard by Telangana chief minister and TRS supremo K Chandrashekhar Rao on Wednesday.

After a long discussion, the opposition leaders who assembled at the Parliament for a meeting called by Sharad Pawar, have unanimously agreed to field Yashwant Sinha. Earlier on June 15, a meeting was held but didn’t reach a conclusion after Sharad Pawar and Farooq Abdullah declined to be the candidate.

The TRS had refrained from joining the meeting after several Opposition parties suggested different names which were highly circulated in the media, giving early publicity to each candidate that led to confusion among the voters.

NCP chief Sharad Pawar wanted TRS on board to obtain unity before publicizing a single candidate on behalf of the opposition parties. He is learned to have called Rao personally and sought his support for Yashwant Sinha, following which the Telangana chief minister obliged.

The election process has begun on June 15 and the deadline for filing nominations is June 29. As per the election notification, the polls are said to be conducted on July 18 and counting will commence on July 21.