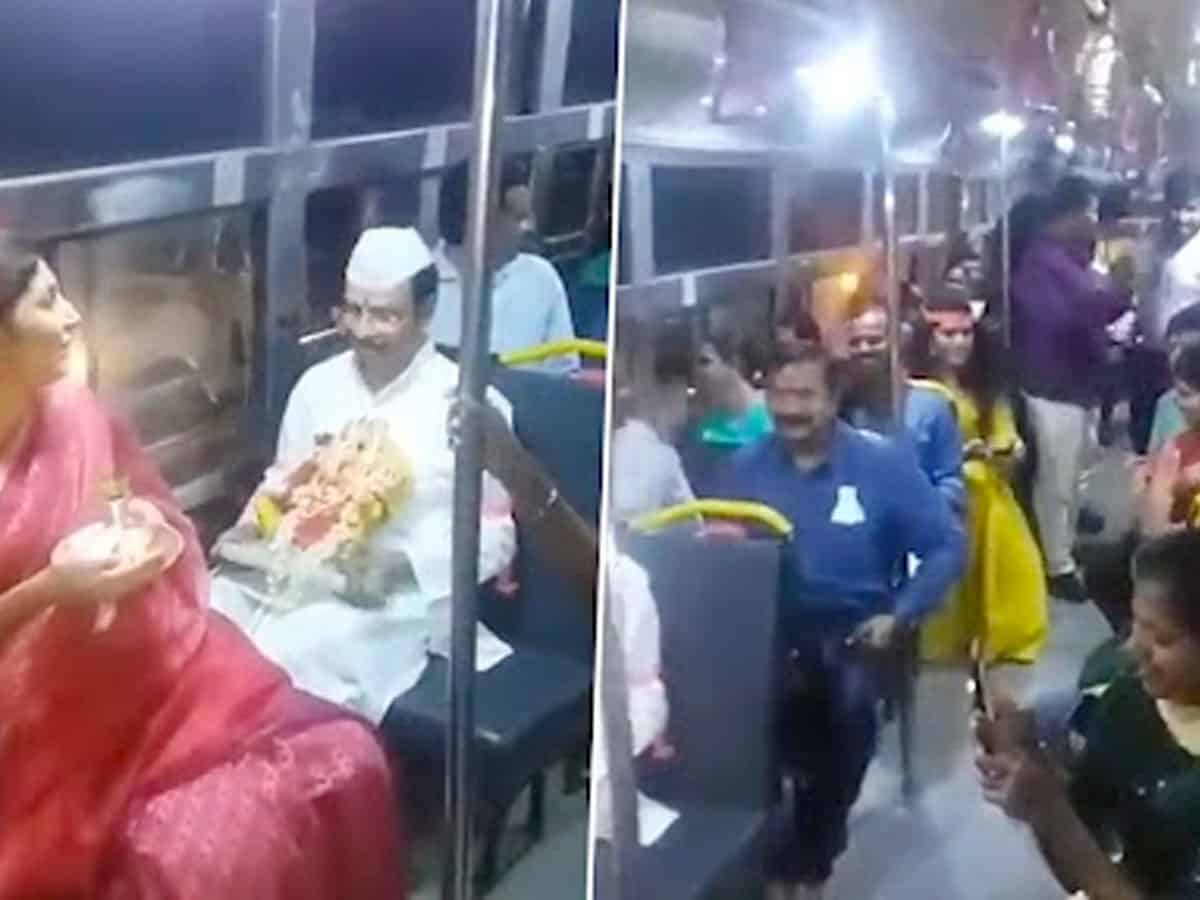 The Indian Police Service (IPS) officer was seen sitting in the bus holding an idol in his lap. Clad in whites and wearing a cap, the police officer travelled along with his family members and other devotees.

A devotee was also seen dancing in the vehicle. The video of Sajjanar travelling in the bus with the Ganesh idol has gone viral.

Sajjanar, a 1996 batch IPS officer, was the police commissioner of Cyberabad till late last month when he was transferred and posted as managing director of state-owned transport body.

Sajjanar, who had hit the national headlines following the killing of four accused in a gang-rape and murder of a woman veterinarian in 2019, served as the Cyberabad police commissioner for more than three years.

The official is known for taking popular measures and leaving his imprint in whatever position he holds. As the Cyberabad police commissioner, he had led the efforts in coordination with the IT companies and NGOs to help people hit hard by the COVID-19 pandemic. He came to the rescue of migrant workers during the lockdown last year and also played a key role in rendering a helping hand to Covid-patients with blood donation, isolation centres and oxygen supply.

Last week, he travelled incognito in a TSRTC bus in the city. He boarded a bus at the Mahatma Gandhi Bus Station and travelled up to Lakdikapul with very few people recognising him.

Travelling like a common man, Sajjanar purchased a ticket, with neither the conductor nor the driver recognising him, apparently due to the mask he was wearing. He interacted with the passengers, asking them about their experience on the TSRTC buses and the corporation’s services.

Sajjanar said he has a few plans to revive the cash-strapped TSRTC.