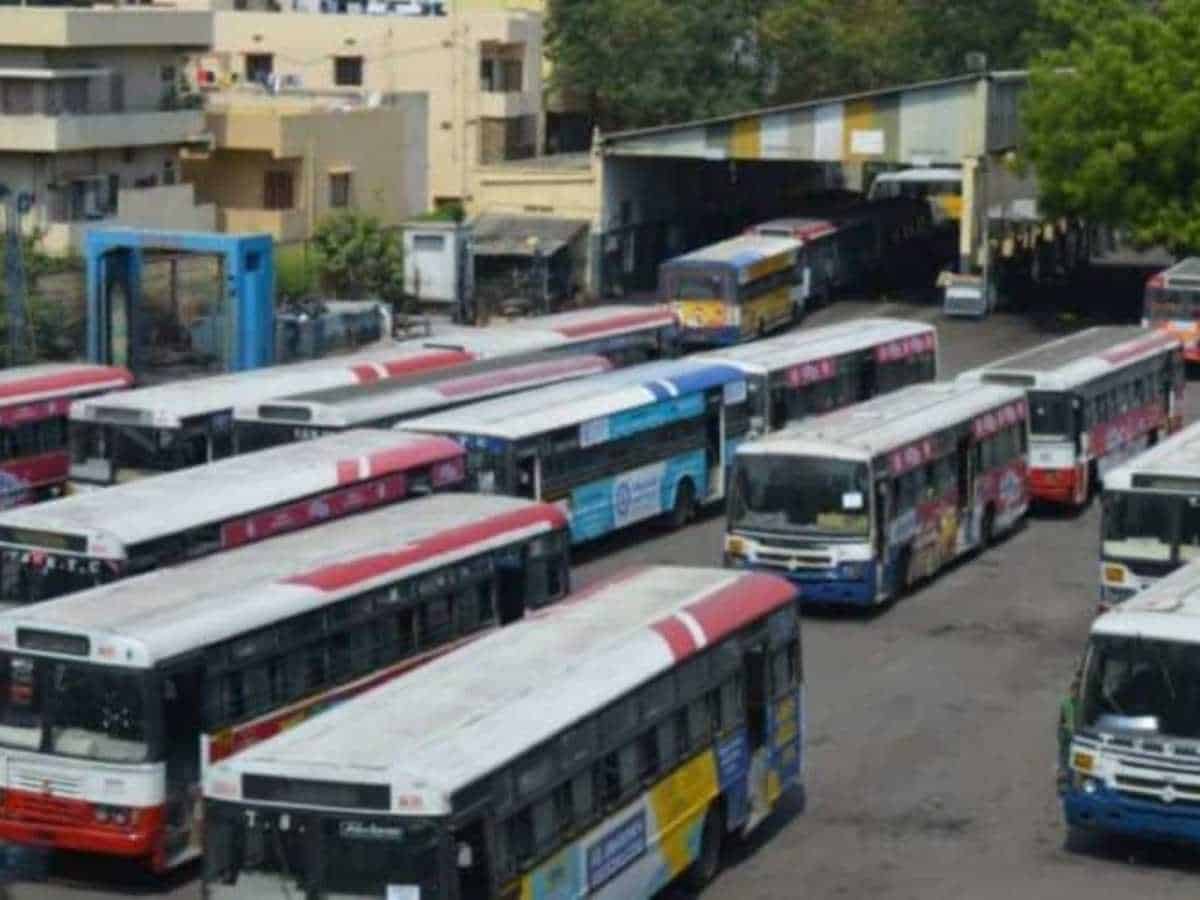 Hyderabad: There is unrest in the ranks of Telangana Road Transport Corporation staff. On the one hand, trade unions have been demanding better healthcare facilities for workers, on the other there has been a delay in paying salaries to employees. A third sticky problem is the ever-increasing cost of diesel which, now in the retail market, has crossed Rs 95 per litre.

“Delayed salaries have become a huge problem of us. As it is we have not received our pay revision which was due in April 2017. This was one of the demands during the 55-day-long TSRTC strike which has not been met even after two years. Now it has become worse, as a second pay revision has been missed in April this year,” said a TSRTC union leader.

While not all unions stayed out of a protest on Wednesday, the TJMU and the TMU raised the issue of delayed salaries in almost all bus depots and bus stations in the state.

But there seem to be more problems. K Hanumanthu Mudiraj of the TJMU on Friday alleged massive swindling of funds of the credit society for TSRTC workers by the government. He said that the government has no ownership of these funds and that they should be released. “There are 14,686 loan applications pending since June 20, 2019 but none have been sanctioned. Hundreds of workers are worried because of this,” Mr Mudiraj said.

TSRTC workers have complained about the step-motherly treatment being meted out to them. Case in point: the 32 KIA Carnival cars which have been procured for the use of assistant collectors. Their contention is that the fleet strength has been decreased by around 1,500 buses. The total number of buses, per official records, now stands at 9,748. While there are another 40 electric buses, they are not owned by the TSRTC.

According to official figures, the number of new bus procurements, which led an increase in fleet size, and the buses replaced, has been sporadic and overall, has seen a steep downturn.

In 2009-10, augmentation was 577 buses. In 2010-11, the augmentation was 321 buses. The next year, as around 150 buses were added. The following year, there were 156 additions. But after the formation of the State of Telangana, in FY 2014-15, both additions saw a downtick. There were only 19 new buses in that year. The number, however, rose to around 150 in 2017-18. Transport experts and union leaders said that with a large number of buses crossing the 15 lakh kilometre threshold, there is a dire need for replacement, and addition to the fleet.

In connection with fuel prices, while the TSRTC does get a reduced price from oil marketing companies, primarily the Hindustan Petroleum Corporation, which has a strong presence in south India. As compared to the retail pricing which is fixed for common consumers, the corporation procures diesel in much larger quantities and at a price approximately Rs. 2 or Rs. 3 less than the prevailing market retail price. Official records the earnings per kilometre, which are governed by the number of schedules, occupancy and also price of diesel has dipped. For instance, for the year 2019, the earning per kilometre (EPK) was Rs 40.56. This plummeted the next year, on account of the lockdown, to Rs 32.55. Up to January 2021, the EPK Rs. 25.83 (excluding the Greater Hyderabad Zone).