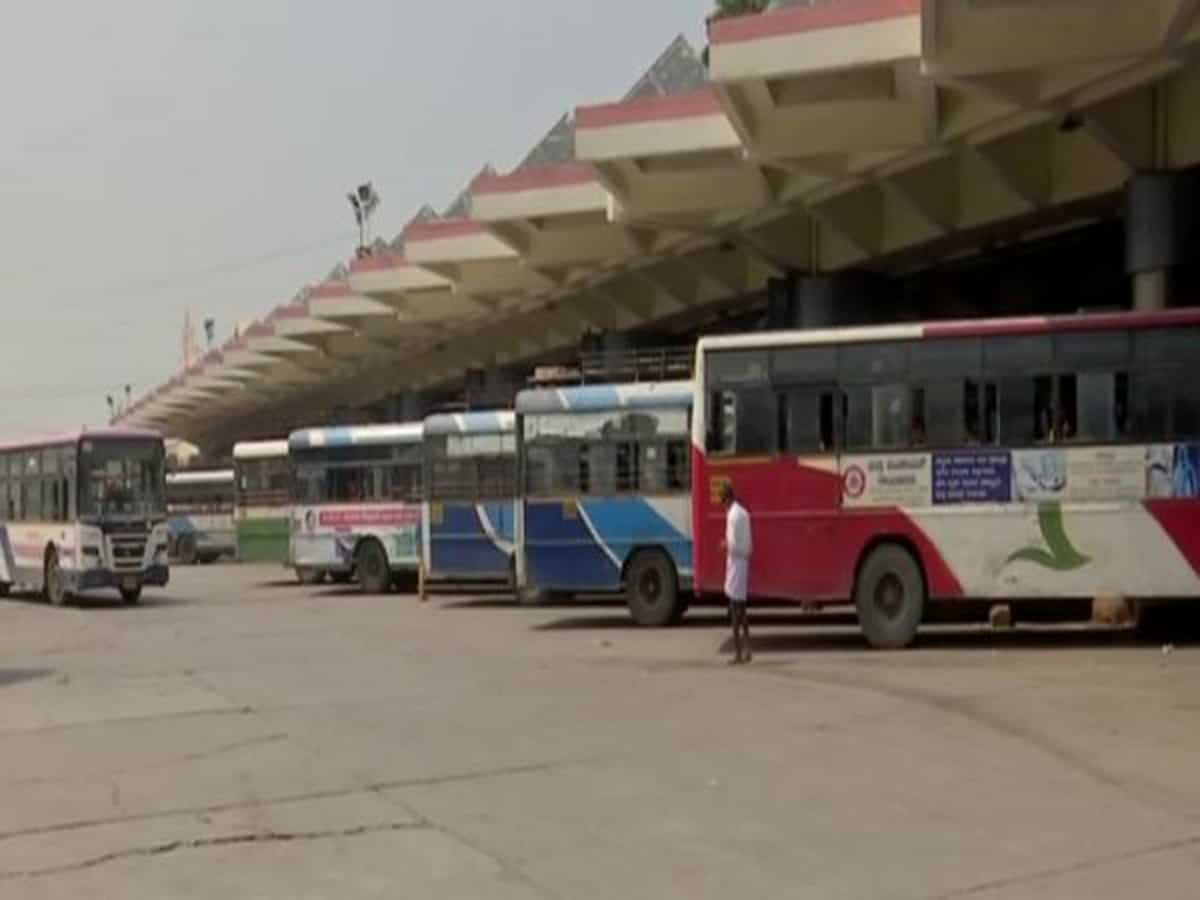 Hyderabad: The Telangana State Road Transport Corporation (TSRTC) has decided to run busses from 4 a.m. to 10 p.m., in Hyderabad city henceforth. This decision was taken in view of declining cases of COVID-19, and things returning to normalcy.

The TSRTC said it will also increase the number of busses in a phased manner. Officials informed that measures to run busses from 4 a.m. will be taken at the Mahatma Gandhi Bus Station (MGBS), Jubilee Bus Station (JBS), Secunderabad, Nampally and Kacheguda bus stations.

The Greater Hyderabad zone executive director of TSRTC, Venkateshwarlu, said that the city buses will run to all railway stations and bus depots from 4 am. “The bus is available from Hayathnagar, Falaknuma, Hyderabad Central University (HCU), Miyapur, BHEL, Uppal, Jeedimetla, Chengicherla, Mithani and Mehdipatnam depots,” the official added.

He further continued that the schedule of the buses was updated and will be run from 4 am to 10 pm. “The RTC also increased the buses in the view of the reopening of schools and colleges in the city. Around 12 buses were deployed on route number 299 between Hayathnagar and Koti.

Revised timings: Hyderabad metro to start at 6 am from tomorrow

On Tuesday Hyderabad Metro rail has announced to revise the timings of the metro service from Wednesday. It said the first train starts at 6 am and the last train starts at 10:15 p.m., reaching all terminating stations around 11:15 p.m.

The decision came about after KT Rama Rao responded to a passenger, Abhinav Sudarsi’s concern on Twitter.

Abhinav Sudarsi tweeted a series of photographs and videos to the Minister and wrote, “People reached the Metro stations by 6 a.m., and since Metro trains begin services at 7 a.m., have to wait for one hour. Trying to reach office any sooner by taking cabs was a costly option since cabs charged more in the early hours.”

“Senior Citizens are having 2 be squeezed & sandwiched amongst the rest of the crowd, kindly do the needful & start Hyderabad Metro by 6 a.m. to avoid this kind of congestion & inconvenience 4 ur Citizens!,” he further remarked.