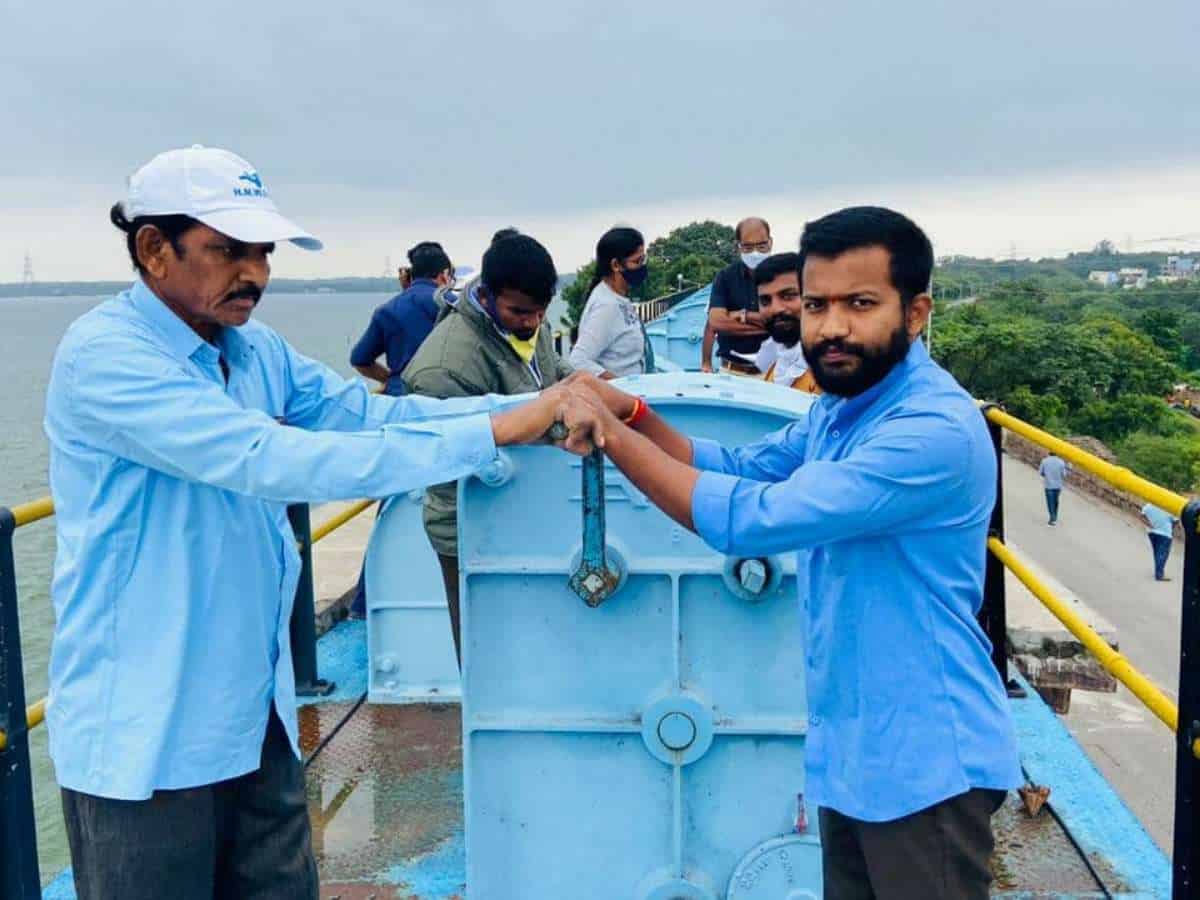 Hyderabad: Due to heavy rainfall for the past two days, authorities on Tuesday lifted two of the 17 gates of Himayat Sagar reservoir to allow the flow of excess water into the Musi river.

The decision was taken after the level of the water in the reservoir reached 1763.15 feet which is near to the full tank level of 1763.50 feet.

Meanwhile, the officials of Hyderabad Metro Water Supply and Sewerage Board (HMWS&SB) have asked the administration of the Hyderabad District to shift people who are residing in low-lying area near Musi River.

In the current monsoon season, gates of the reservoir were lifted for the first time in July.

Last year, in the month of October, 13 of the 17 gates were opened when the water level touched its Full Reservoir level (FRL).

Meanwhile, the water level in Osman Sagar reached 1788.15 feet whereas, the Full Tank Level of the reserviour is 17900 feet.