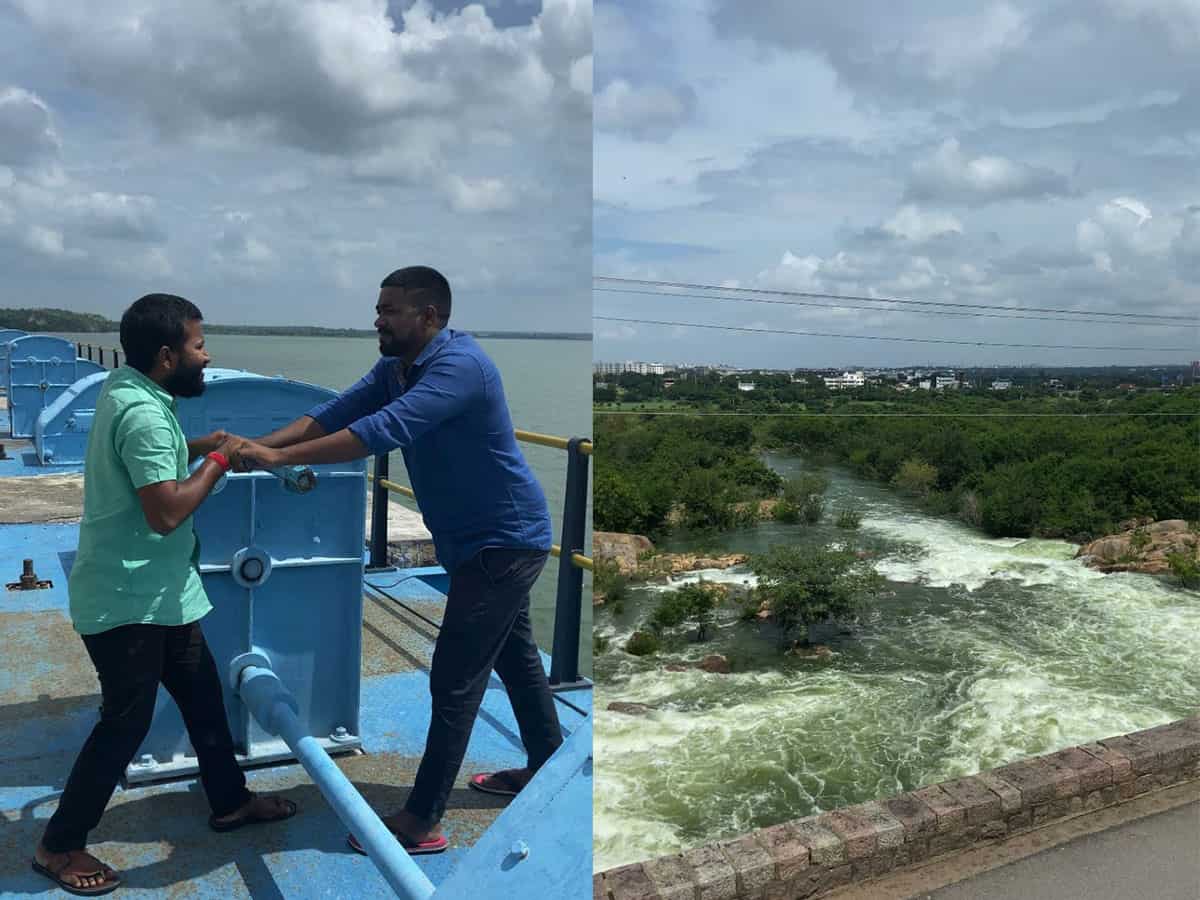 Hyderabad: With water levels continuing to rise in the Himayat Sagar, the Hyderabad Metropolitan Water Supply and Sewerage Board (HMWS&SB) on Wednesday opened two more gates of the reservoir. So far  four out of the 17 gates of the reservoir are open after two gates were opened on Tuesday.

According to HMWS&SB officials , the water level at Himayat Sagar was recorded at 1,763.05 feet against the full tank level (FTL) of 1,763.50 feet and the inflow stood at 1,400 cusecs as on Wednesday afternoon.

On Tuesday before opening the gates, HMWS&SB along with the revenue department, Greater Hyderabad Municipal Corporation and the police had alerted the people in downstream and low-lying areas near Musi.

A red alert was issued by the authorities when the water level touched 1,762.75 feet and the gates were opened when the water level crossed to 1,763 feet. Special teams were also pressed into service by HMWS&SB to monitor the activity in low-lying areas the officials added.