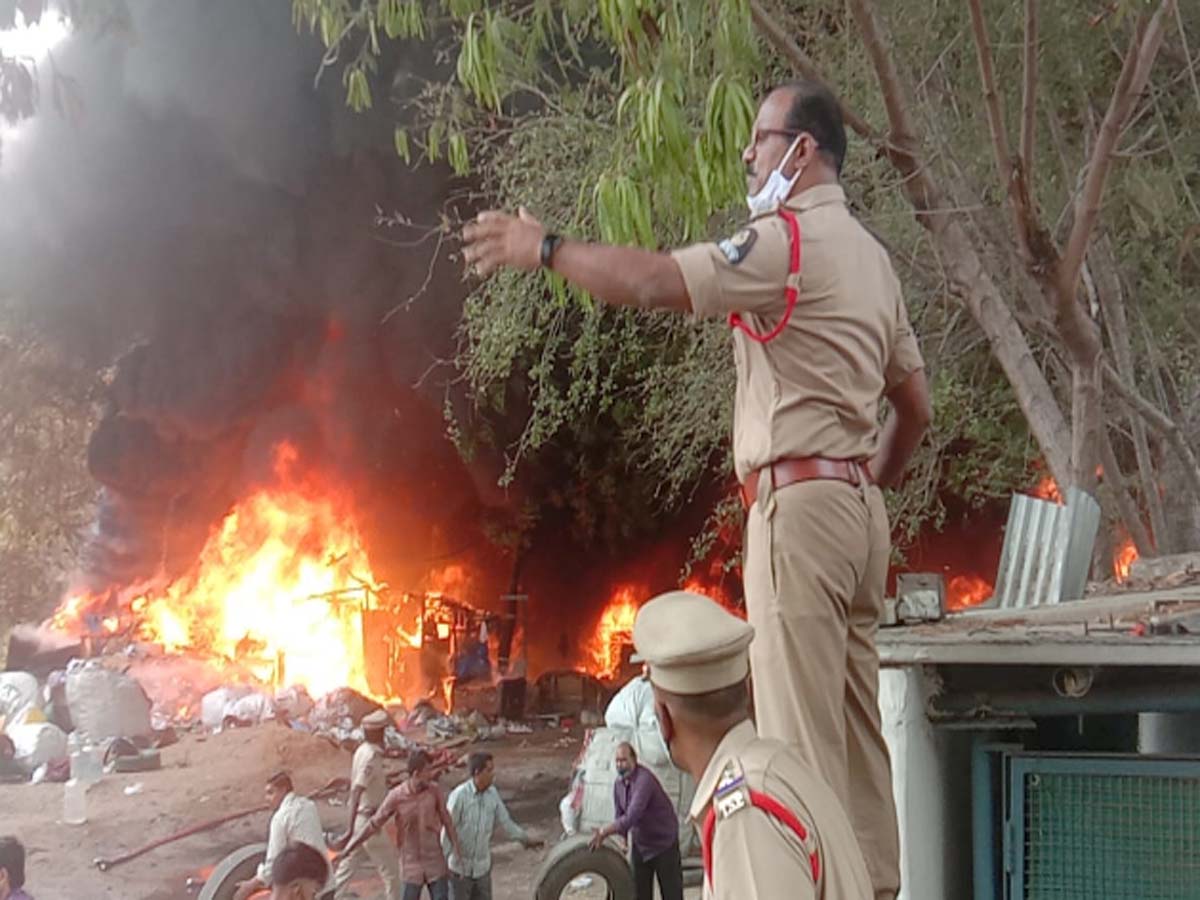 Hyderabad: A fire accident was reported at a tyre godown under Afzalgunj police station limits.Soon after the information reached police, fire tenders were rushed to the spot.

On Wednesday afternoon, the public noticed heavy smoke billowing from a tyre godown, where hundreds of tyres were stocked. Panic gripped among the by-passers. The flow of traffic was also affected since public gathered to see the fire extinguishing operations.

Two fire tenders from different fire stations were rushed to the spot and by the time efforts began to extinguish the fire, most of the tyres were gutted.

The Afzalgunj have registered a case and investigation is underway