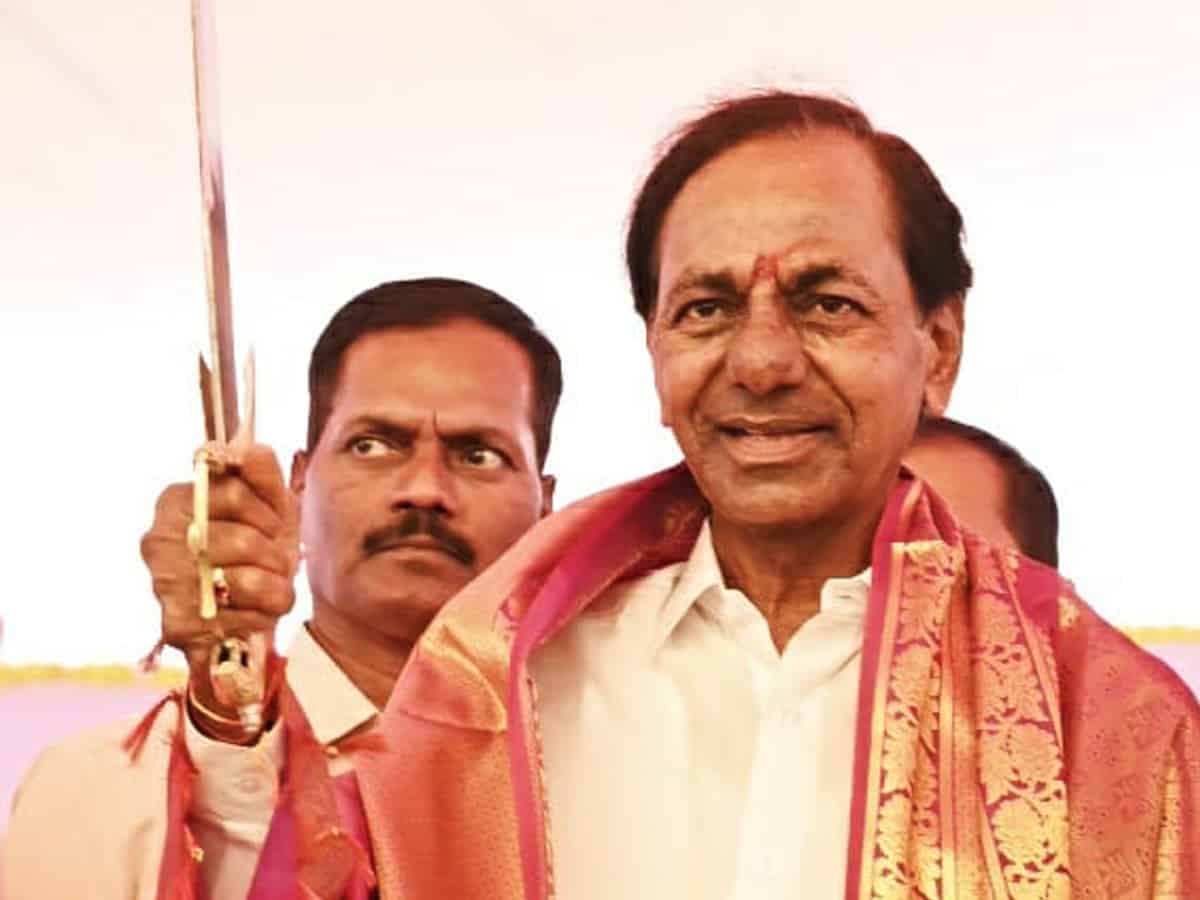 Hyderabad: A front of non-BJP and non-Congress parties mooted long ago by Telangana Chief Minister K. Chandrasekhar Rao remained a non-starter as regional parties have failed to find a common ground.

The Telangana Rashtra Samithi (TRS) leader last year revived the idea of an alternative and vowed to play a key role in national politics by evolving a new agenda to bring what he calls a qualitative change.

Despite his often repeated plans to call meetings of all like-minded parties to discuss and work out an alternative agenda, Chandrasekhar Rao failed to make any progress.

KCR, as the TRS chief is popularly known, visited a few states in the last couple of months and held talks with leaders like Sharad Pawar, Uddhav Thackeray, Arvind Kejriwal, Akhilesh Yadav and Hemant Soren but could not bring other key regional leaders like Mamata Banerjee and Naveen Patnaik on board.

Ever since he first proposed the idea of a national alternative in 2018, KCR repeatedly announced plans to hold meetings with economic experts, intellectuals, retired bureaucrats and other such people to prepare an alternate agenda but nothing happened on the ground.

Going by his recent move to float a national party, it appears that KCR has given up the idea of a front of anti-BJP and anti-Congress parties. During a meeting with party leaders last month, he decided to launch a national party.

Hyderabad: Gujarat flavour to be seen in National Executive meeting on Day 2

TRS sources said the national party would be called Bharat Rashtra Samithi (BRS). A final decision in this regard was expected to be taken on June 19 at the extended meeting of the TRS executive but this was postponed apparently due to the Presidential elections.

KCR is likely to make a final announcement later this month. The TRS leadership is reportedly keen to have the TRS symbol of �car’ for the BRS as well. The TRS office coming up in the national capital will serve as the headquarters of the proposed national party, party sources said.

After his meetings with Delhi Chief Minister Arvid Kejriwal, Samajwadi Party chief Akhilesh Yadav and former Prime Minister and Janata Dal (S) leader Deve Gowda in May, KCR had said that there would be a sensation soon in the country.

Political analysts, however, believe that this move by KCR may only be symbolic to get some recognition at the national level. The proposed party is not likely to contest elections in other states.

If KCR launches a national party, he will be the first leader from South India to take this step. Telugu Desam Party (TDP) founder and former chief minister of Andhra Pradesh, N. T. Rama Rao too had national ambitions. NTR, as the actor-politician was popularly known, wanted to launch Bharat Desam Party but it never saw the light of day.

NTR’s successor N. Chandrababu Naidu registered the TDP as a national party but it could not expand beyond Telugu states.

P. Raghavendra Reddy, a political analyst, believes that at a time when many regional satraps have national ambitions, KCR launching a national party might not yield great results. “It’s not just Mamata or Kejriwal who want to expand their national footprint, there are old war horses like Sharad Pawar, Nitish Kumar, Mayawati etc., who want to occupy the top post if they emerge as the consensus candidate. So KCR entering this race seems outlandish,” he said.

KCR, who is said to be acting on the advice of political strategist Prashant Kishor, appears keen to have some visibility at the national level with a national party as his efforts to cobble together an alliance and serve as its head have not borne fruit.

The national party move also assumed significance in the wake of KCR’s attempt to project a successful Telangana model.

Highlighting the all-round progress made by the state within eight years of its formation, the TRS leader asks �When Telangana can achieve it, why not the entire country with its abundant natural and human resources’.

Raghavendra Reddy is of the view that KCR might be using this narrative to position himself as a counter weight to Prime Minister Narendra Modi, and tell the voters of Telangana that Modi is not running the country in the right frame, and the KCR model of governance is the best for the country.

When KCR first mooted the idea of a national alternative, he was targeting both the BJP and the Congress, blaming them for the problems faced by the country. This stand was not in sync with other regional parties who see the BJP as the number one enemy and were not averse to joining hands with the Congress.

Last year, the TRS chief appeared more critical of the BJP than the Congress. He had even dropped hints of softening his stand towards the Congress by saying the priority of all parties should be to throw out the Narendra Modi government.

However, the developments of the last few months appeared to have once again forced KCR to revert to his previous stand of �equi-distance’ from both the BJP and the Congress. It was for this reason that the TRS stayed away from the meeting of opposition parties called by Mamata Banerjee last month to discuss the strategy for the Presidential elections. KCR made it clear that the TRS will not be part of a meeting where the Congress was invited.

Since the TRS considers the Congress as its main opponent in Telangana, KCR would not like to be seen rubbing shoulders with the leaders of that party at the national level.

However, in the interest of opposition unity, KCR declared support for Yashwant Sinha, the joint candidate of the opposition parties in the Presidential elections. KCR’s son and TRS working president K. T. Rama Rao along with party MPs was present when Sinha filed his nomination.

Analyst Raghavendra Reddy believes that KCR and some of his fellow aspirants for the PM’s post might realise that the Congress cannot be wished away from a contest, and the grand old party is the only counter weight to the saffron party across many states. “KCR is in a situation where he can neither align with the Congress nor bring others together without the Congress being in the equation,” he said.

Though KCR held a series of meetings with leaders of various political parties including the Shiv Sena, DMK, RJD, SP and JD (S) during the last few months, no consensus could be reached on forging a front as an alternative to both the BJP and the Congress. The much-awaited meeting between KCR and West Bengal Chief Minister Mamata Banerjee did not take place and despite the attempts made in the past KCR could not have Odisha Chief Minister Naveen Patnaik and Andhra Pradesh Chief Minister Y. S. Jagan Mohan Reddy on board as both the BJD and the YSRCP continue to extend support to the Narendra Modi government on key Bills.

Another indication that KCR has given up his plans to forge a front came during the TRS plenary in April.

At the day-long plenary of the TRS held to mark the 21st foundation day of the party, he hinted at floating a national party.

As he did not speak at the plenary about his meetings with leaders of various political parties and the chief ministers of some states, this gave credence to the buzz that the TRS chief was toying with the idea of forming a national party.

KCR told the plenary that some legislators suggested that TRS should be changed into BRS. The leaders who spoke at the plenary appealed to KCR to play an active role in national politics saying the country needs a visionary leader like him.

In one of the resolutions passed at the plenary, the TRS said that it will play a key role in national politics in the coming days. The party observed it needs to play a constructive role and fill the political void at the national level.

Responding to the requests made by the party leaders, KCR said he was ready to play an active role to the best of his ability.