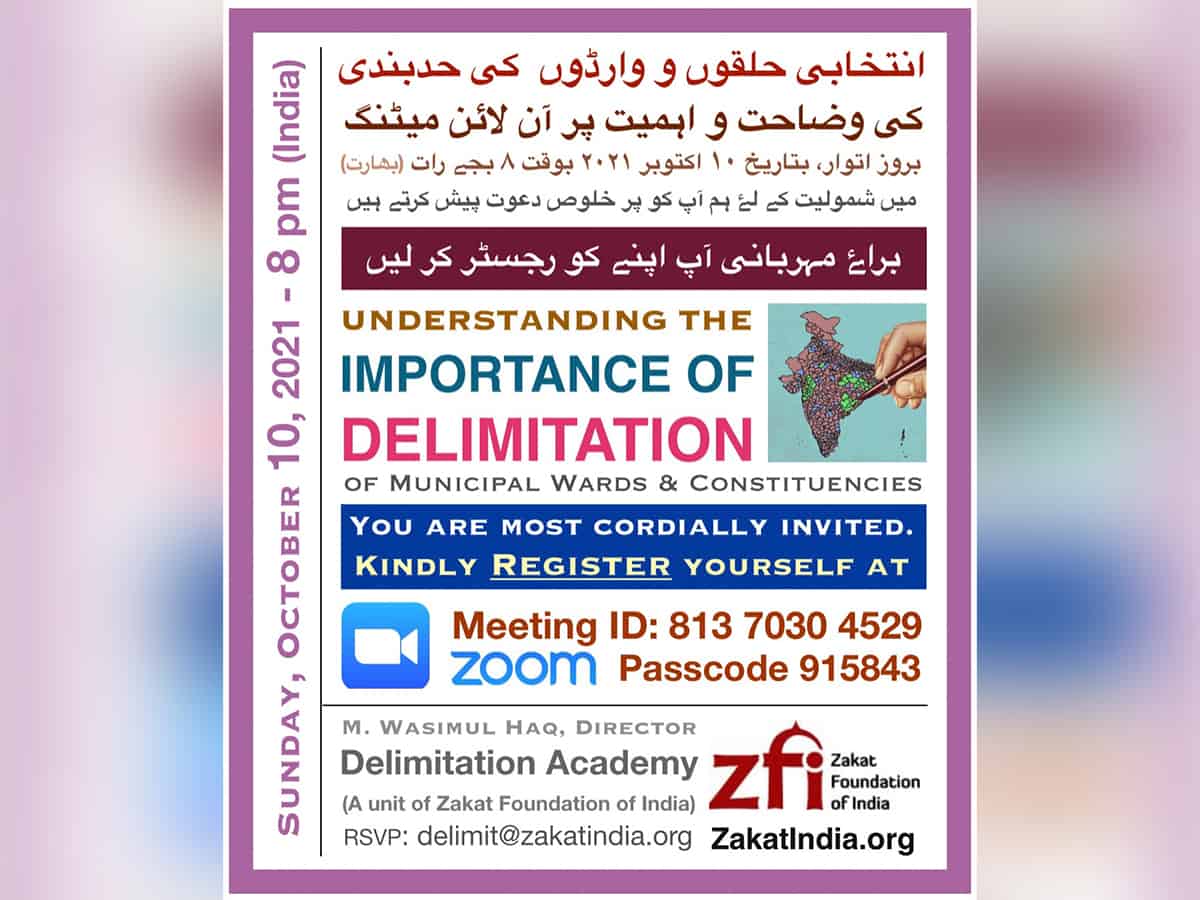 Democracy literally means rule by the people. obviously the entire population cannot be expected to actively utilize its whole time to rule itself. Therefore the people have to periodically elect their representatives at different levels: central, provincial and local. Each representative has to be elected by a given section of the population. These sections have to be geographically earmarked. Such geographical units are known as ‘constituencies’ for the parliament and provincial assemblies and as ‘wards’ in respect of local bodies like municipal boards & corporations, zila parishads, panchayats etc.

However, the delimitation of Wards is done after every Census by the officials of the district and state officials. In India we have more than twentyfive thousand local bodies which have about five lakh wards. That is where our democratic grassroots flourish. In the light of the provisions of the Constitution of India and the Delimitation Act passed by the parliament the states frame their respective Rules for carrying out the delimitation of Wards.

Meticulous observance of these Rules is the essence of democracy. As enlightened and conscious citizens we need to imbibe the required understanding of these Rules and benevolently ensure their proper implementation taking recourse to constitutional means. That way we would complement the national endeavor to strengthen and enrich our democratic traditions.

For this purpose Zakat Foundation of India is organising a Zoom Webinar on Sunday, October 03, 2021 at 8 pm (IST) and it has appealed to the people to kindly register themselves for this Webinar by clicking here:  https://us02web.zoom.us/meeting/register/tZUucOmrrj8vGN0_y6A5mfnG4WK5DlOyUjdc