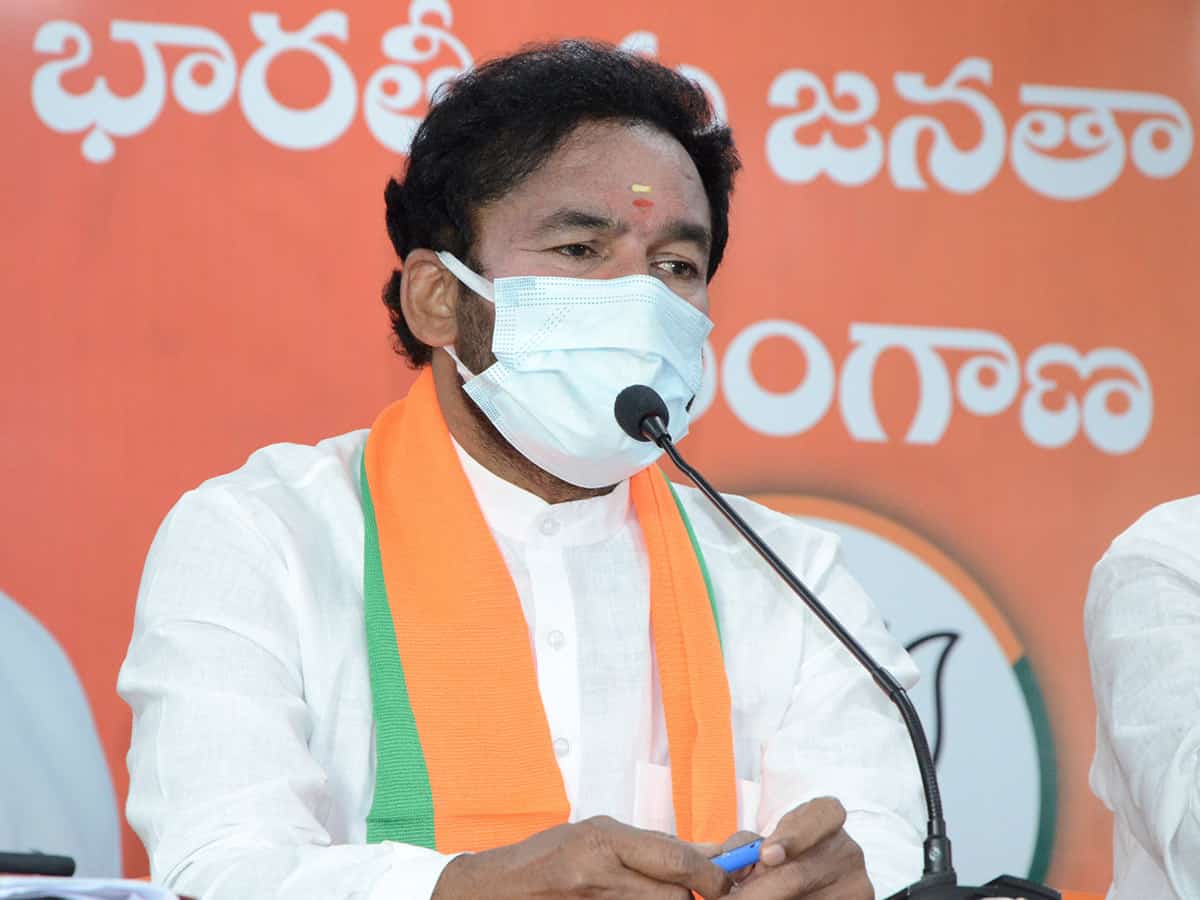 Hyderabad: Union Minister of State for Home Affairs G. Kishan Reddy today slammed the chief minister of the state and alleged that the CM had diluted  all the universities, which played an important in separate Telangana state agitation. He said that the CM had also not done anything for the unemployed youth of the state.

He made these remarks while addressing a gathering at Hanmakonda as part of his ongoing election campaign for the party candidate from Warangal, Khammam and Nalgonda graduate MLC seat G.Premender Reddy.

He also alleged that the State government had not paid its share of Rs. 30 crore for the construction of a super specialty hospital in Warangal.  Reddy said that the center had restored Ramgundam Fertilizers corporation by spending Rs.6000 crore and added that prime minister Narendra Modi would soon inaugurate the corporation. He alleged that CM KCR led state government had stopped the implementation of Ayushmann Bharat scheme as it did not allow any kind of credit to the central government for the implementation of the scheme.

He asked the voters to not believe in the words of ruling TRS party leaders while asking them as to what happened to their promise of the construction of the Double bedroom houses in Warangal.  He said that CM KCR did not have any right to criticize Prime Minister Narendra Modi and warned the CM to talk cautiously about the PM.  He alleged that the TRS-led state government had failed in cracking its whip on sand mafia and land mafia in Telangana.