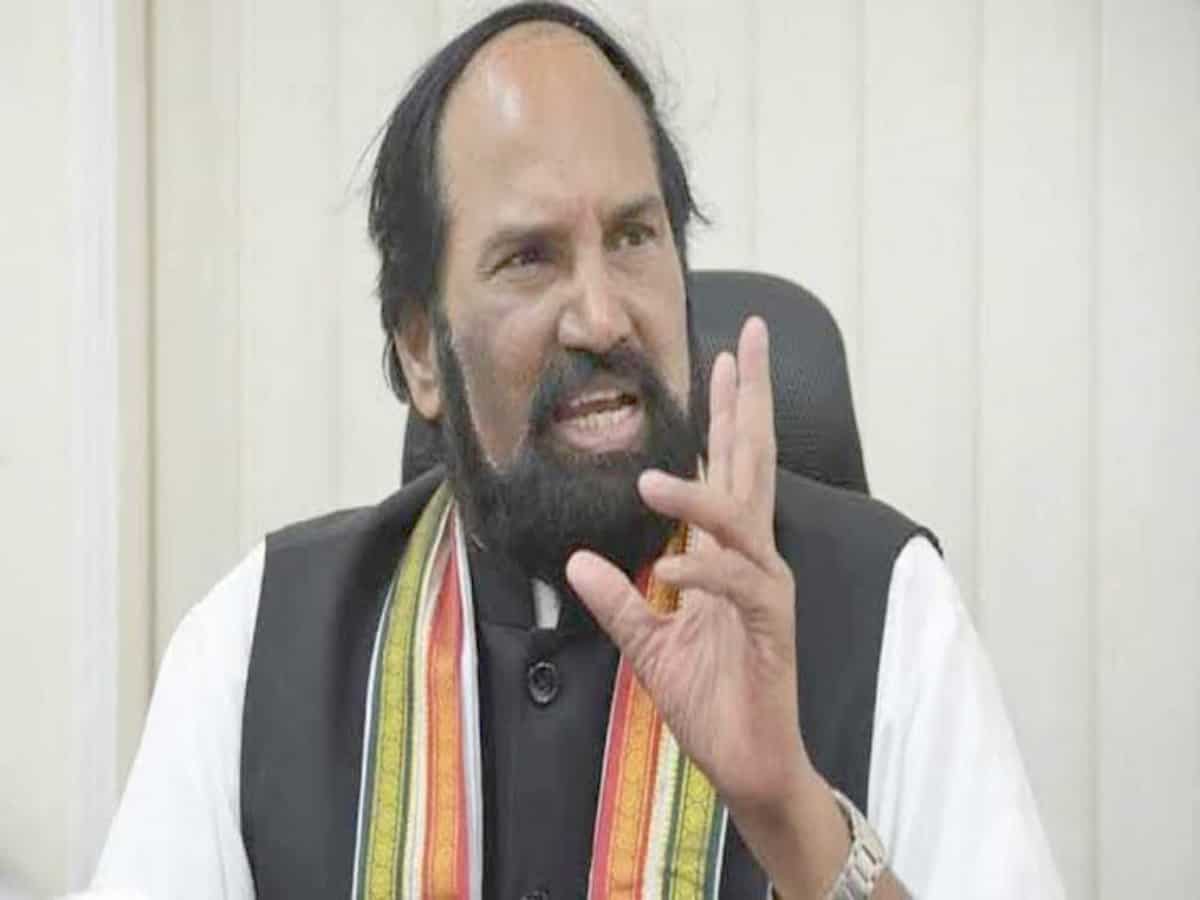 He was addressing a series of meetings in Nalgonda and Hyderabad on Wednesday in connection with the MLC election campaign for Congress candidate Sabavath Ramulu Naik (Hyderabad-Ranga Reddy- Mahabubnagar). Bhongir MP Komatireddy Venkatreddy and other senior leaders also addressed the meeting at Laxmi Gardens in Nalgonda.

The TPCC Chief strongly objected to the secret meeting the union leaders had with the Chief Minister at Pragathi Bhavan and questioned its validity. He said that KCR held the meeting not as the Chief Minister, but as the President of TRS seeking the support of employees. Therefore, he should’ve organized an on-camera meeting and should’ve given assurances of giving fitment of not less than 43% in full public view. He said KCR has been using union leaders as a tool to betray the employees. He alleged that KCR has reportedly offered an MLC seat to one of the union leaders in exchange for employees’ support for TRS candidates in MLC elections for Graduates constituencies.

He appealed to the employees not to trust the union leaders as they allegedly sold out themselves to the TRS. He said that the employees should re-elect their bodies and pick leaders who could fight for their cause and dump those who mortgaged the employees’ interest to CM KCR.

Uttam also accused Minister K. Tarakarama Rao of threatening the management of private educational institutions. “KTR shamelessly admitted that TRS Govt did not help thousands of private teachers due to shortage of funds in Covid pandemic. Instead of offering some compensation or help at least now, KTR shamelessly appealed to the private teachers to vote for TRS candidates. The private teachers should not trust TRS leaders any more. The ongoing MLC elections have given them an opportunity to punish the ruling party which completely ignored them during the crisis,” he said.

Reddy said that CM KCR has cheated all sections of the society including students, employees, jobless youth, teachers, and all communities. “KCR has turned so arrogant that instead of being apologetic for his mistakes, he is trying to force everyone to support him. This must be stopped. The victory of the Congress party was essential for the restoration of democracy and people’s rule. Telangana might witness a cruel dictatorial regime if TRS and BJP are not defeated in the current MLC elections,” he said.

The TPCC Chief said that BJP Govt at the Centre did nothing for Telangana State and never intervened in its affairs despite TRS Govt pushing all sections into crisis. Further, he said Prime Minister Narendra Modi did not fulfill the promise of providing two crore jobs every year. “BJP leaders are trying to gain strength in Telangana by inciting communal hatred. BJP’s rivalry with the TRS is totally fake and the leaders of both the parties are giving hollow statements against each other to mislead the people. If BJP truly believes that KCR has indulged in corruption, then its government at the Centre has not initiated enquiry through CBI, ED or other agencies?” he asked.

Addressing a meeting organized by the Federation of Telangana and AP Minority Educational Institutions on Wednesday evening, Uttam Kumar Reddy accused the TRS Govt of crushing down the entire network of minority educational institutions in the State. He said more than half of minority colleges were shut down and the intake of minority students got reduced by more than half. He said CM KCR deliberately targeted the educational institutions to deprive minorities of higher education. He said thousands of lecturers and other non-teaching staff have lost their jobs as TRS Govt did not release Fee Reimbursement dues on time which consequently led to the abrupt closure of several colleges.

Reddy said that the TRS Govt has no moral right to seek a single from the minorities as it betrayed them on all fronts. “Muslims have been cheated on the promise of 12% Reservation. Wakf Board was not granted judicial powers and not a single inch of encroached land has been restored. Instead, hundreds of acres of Wakf land has been encroached upon by the TRS leaders,” he said while pointing that TRS Minister Gangula Kamalakar tried to encroach upon 15 acres of prime Wakf land in Karimnagar.

Earlier in the day, Uttam Kumar Reddy, along with MP Venkat Reddy, MLC candidate Ramulu Naik, ex-MP V. Hanumantha Rao, Mahesh Goud, DCC President Shankar Naik, and others visited Nalgonda District Courts and appealed to the advocates to vote for Ramulu Naik. They reminded the advocates of the barbaric double murder of high court advocates by TRS leaders in Manthani and the deafening silence of CM KCR on this issue. The MPs assured the advocates that they would take up advocates protection act, review of cr PC 41, and advocate stipend issues in parliament.