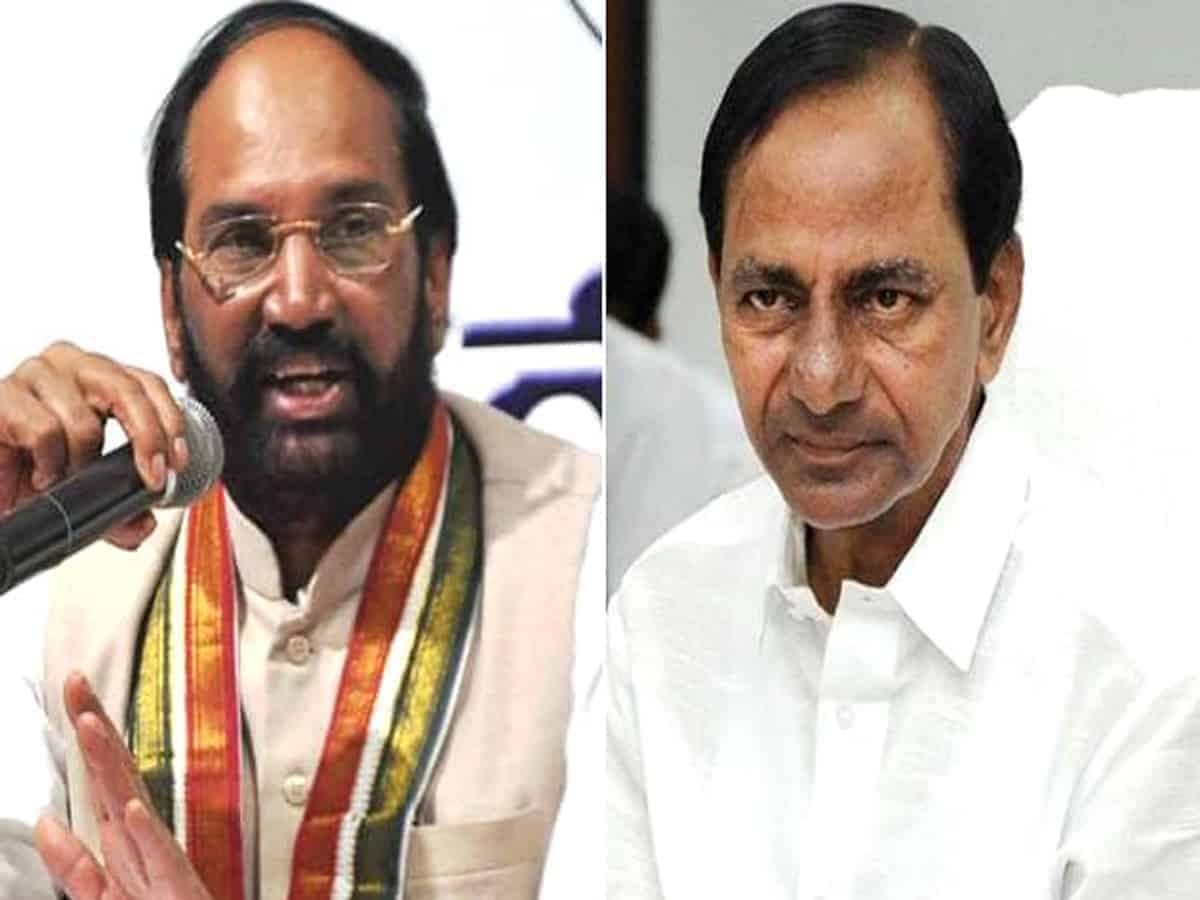 He was speaking to media persons during his visit to various villages as part of the Rachabanda/Rythu Bharosa Yatra, which entered 13th day on Saturday, in the Huzurnagar constituency in Suryapet district. So far, Uttam Kumar Reddy covered 80 out of 320 villages to be covered in 45 days as part of the Raithu Bharosa Yatra. Uttam Kumar Reddy said the State Government has directed the District Collectors to send details of leased government lands to the headquarters on a war-footing.

While the misuse of leased land and construction of government offices in districts is being cited as the reason for seeking details of the leased land, the State Government has begun the process to sell off thousands of acres of prime land in different districts to raise funds.

“Land is considered as the biggest asset of any government in the country. But the TRS Govt is preparing to sell off the government land to meet the day-to-day financial needs. This is highly objectionable and the Congress party would never allow it,” he said.

The Congress MP said the KCR Govt was reportedly identifying about 500 acres of government land in each district for sale. “If Telangana is the richest State in the country, as repeatedly claimed by CM KCR, then why is the TRS Govt selling off the government land to raise money?” he asked.

He reiterated that Telangana was facing a severe financial crunch and the State’s exchequer would be empty soon. After much persuasion, the Reserve Bank of India (RBI) has permitted the State Government to raise Rs. 4,000 Crore by selling the security bonds. But this money would not be sufficient to run the government even for a month.

He said that the decision to sell off government lands to raise money would have a negative impact in the long term. There will be no land left for the government to construct its offices, schools, colleges, hospitals or other institutions. The governments in future will be forced to acquire land from private parties at a premium which will amount to utter misuse of taxpayers’ money, he said.

“KCR has been promising to transform the State into ‘Bangaru Telangana’. But in the last eight years, with his misrule and financial mismanagement, he had turned it into a ‘Kangaru Telangana’,” he said. Reddy said that Telangana had inherited debts of nearly Rs. 67,000 crore at the time of its formation. But KCR Govt took the debts to nearly Rs. 5 lakh crore in the last eight years. “KCR always lived in an illusionary world and cheated the people.

All the budgets presented by TRS Govt were far from reality. To show high growth rates, it counted loans and borrowings as income without realising that the money taken from the open market needs to be returned along with high-interest rates. Consequently, on Saturday the annual expenditure on Interest Payment (Rs. 18,911 Cr) is higher than the money spent on Pension (Rs. 11,384 Cr) and Subsidy (Rs. 12,049 Cr).

“The TRS Govt had proposed to borrow Rs. 52,167 Crore loans during the current financial year. But with great difficulty, the RBI has permitted the State to borrow only Rs. 4,000 Crore. With the Central Govt imposing a 20% cut on borrowings, the State Govt would not be allowed to borrow more than Rs. 43,000 crore. CM KCR must explain how he plans to fill the huge deficit in the budget for 2022-23,” he demanded.

Uttam alleged that TRS Govt was walking in the footsteps of Sri Lanka which collapsed after borrowing huge loans and selling off its assets. He said that the TRS Govt should stop acting like a real estate company and focus on generating revenues without selling off any assets or taking fresh loans.