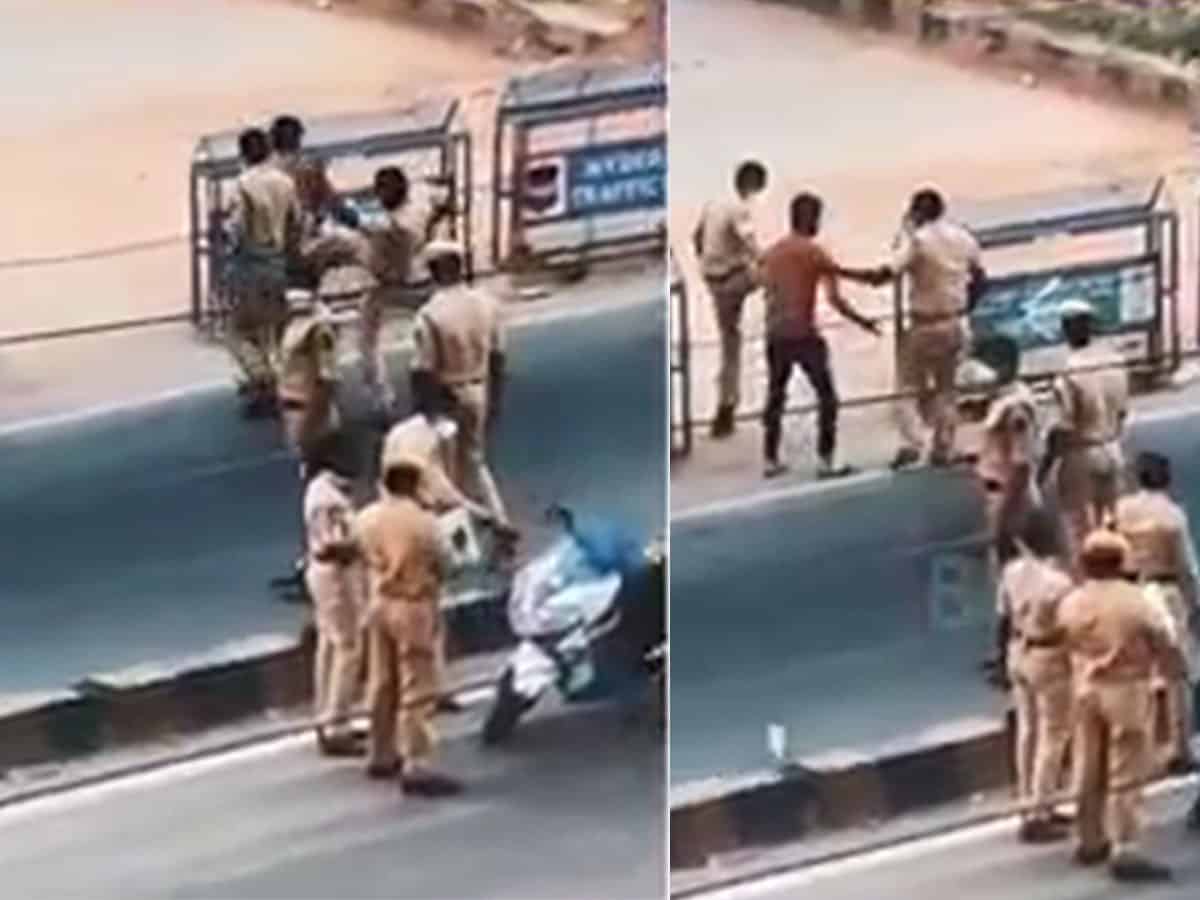 Hyderabad: In yet another case of police brutality, a resident of Bandlaguda was thrashed by cops of the Chandrayangutta police station in spite of him having valid reasons for being out during the ongoing COVID-19 lockdown. Mohammed Mahmood, the victim, wrote a complaint to Chandrayangutta police demanding action to be taken against the policemen for assaulting him.

“Today afternoon around 3:30 p.m. I went to medical shop to buy medicine for my two and a half year old daughter who had pain in ear and on the way one of the police lady stopped me and clicked my picture and I just told her not to fine me as I went to the medical shop,” Mahmood wrote in the complaint letter to Chandrayangutta police station.

He added that while returning again via the same check post, the lady officer stopped him and called three other policemen and began speaking in Telugu which he couldn’t understand. “Suddenly one of the policemen hit me on the face,” he stated his letter. The resident of Bandlaguda said that the officer held his collar and started to scold him.

Furthermore, he recalled, the police after checking his medical prescription and all the papers and medicine, reportedly let him off. Mahmood said that the cops clearly saw what he had bought from the medical store and after that they gave his bike keys back to him.

“This is what happened in the middle of the road. I didn’t have any proof why I was waiting for the evidence as video,” he said. The video of him being beaten up has been doing rounds on social media.  After gaining evidence, he said that he would like to proceed with it through “legal way.”

“Hence , therefore , I would like to request you to file my complaint in the name of those 3 on- duty police officers for this disgusting incident that happened to me this afternoon around 3pm to 4 pm on Friday 2021/05/28,” Mohammed Mahmood wrote.

Ever since the announcement of the lockdown three weeks ago, different cases of police brutality have been popping up from different parts of the city despite state home minister appealing to the police to go easy on the citizens. Ever since the state police began tightening its vigil, many people have also been complaining of police brutality or at least misbehaviour by the men in khaki.

In fact, about a week ago, when the police started cracking the whip against the COVID-19 lockdown violators, they also stopped food and e-commerce delivery boys, in complete contravention of the state’s own lockdown guidelines.