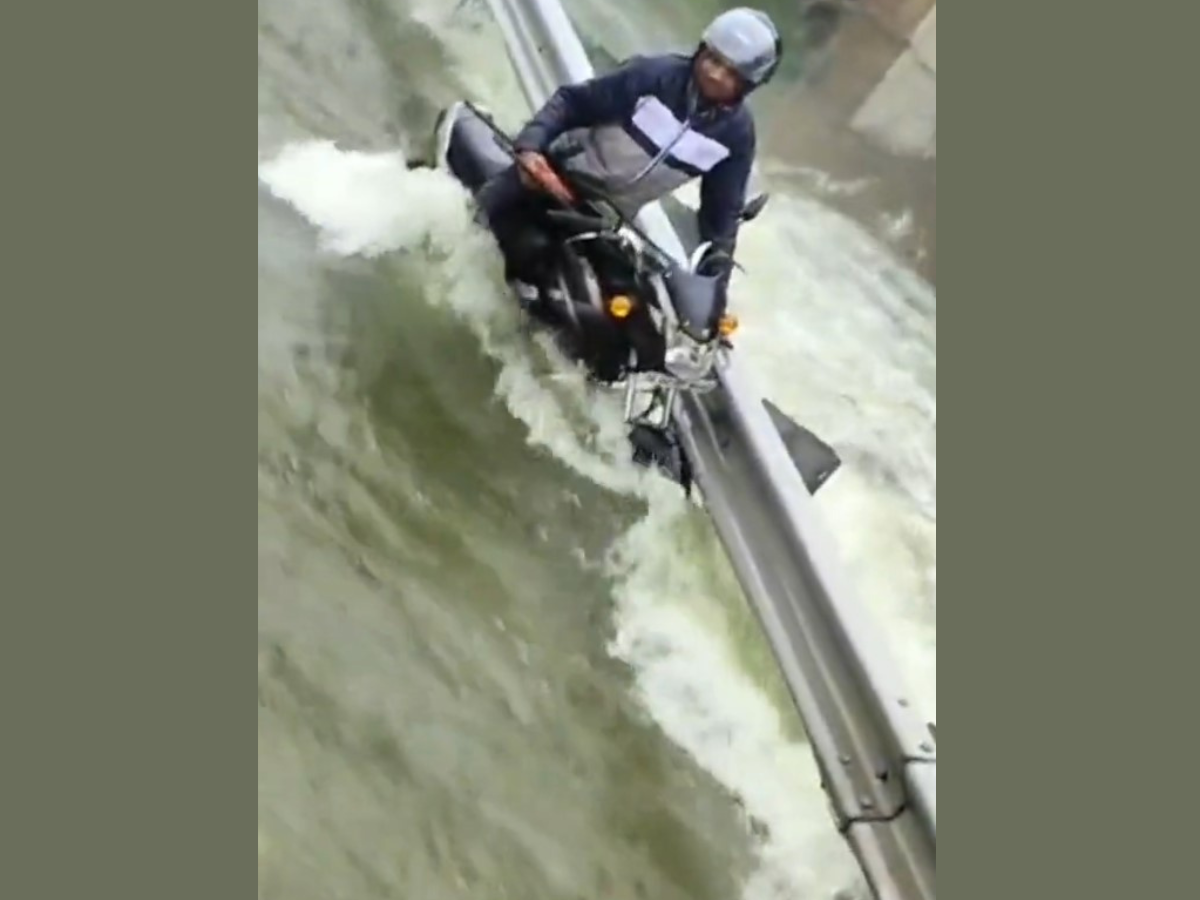 Hyderabad: The life of a man who became trapped in the raging waters spilling out of the Himayat Sagar in Rajendranagar on Tuesday was saved thanks to the awareness and prompt action of Cyberabad Traffic Police.

Around 5:00 p.m., Aravind Goud, the motorist attempted to cross the Himayat Sagar service road bridge on his motorcycle despite the floodwaters. He became impaled in the centre of the bridge and began yelling for assistance. A traffic recovery van team led by Rajendranagar Traffic police head constable Baig arrived at the scene after being informed by the locals and saved him.

Senior officials stated that despite law enforcement and traffic officials being stationed on both ends of the bridge, Goud had still managed to cross it, putting himself in danger.