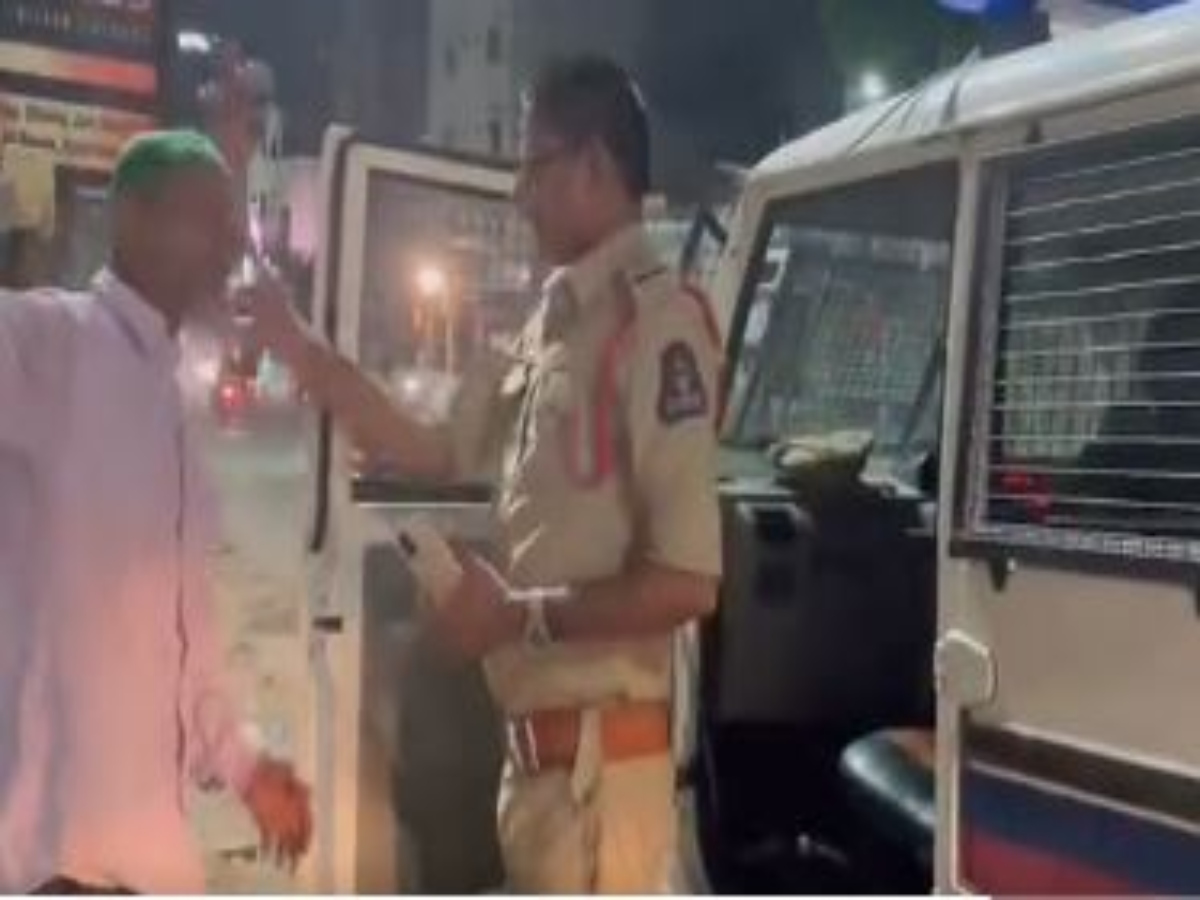 Hyderabad: The Tappachabutra police on Wednesday allegedly harassed street vendors at Shah Ali Banda in the name of Mission Chabutra.

In a video shared on Twitter, a police officer is seen pulling over at a vendor’s cart and snatching the weights away from the vendor. Upon asking the officer to return the weights, the vendor is pushed by the officer, who kept the victim’s belongings in the patrolling vehicle. The officer can be seen clicking pictures of the vendor as the latter asks him to return his belongings.

Apart from harassing the vendor, the police also detained a few people. the Twitter user tagged Hyderabad Police commissioner CV Anand and Telangana DGP asking whether any restrictions were imposed in the area during the night.