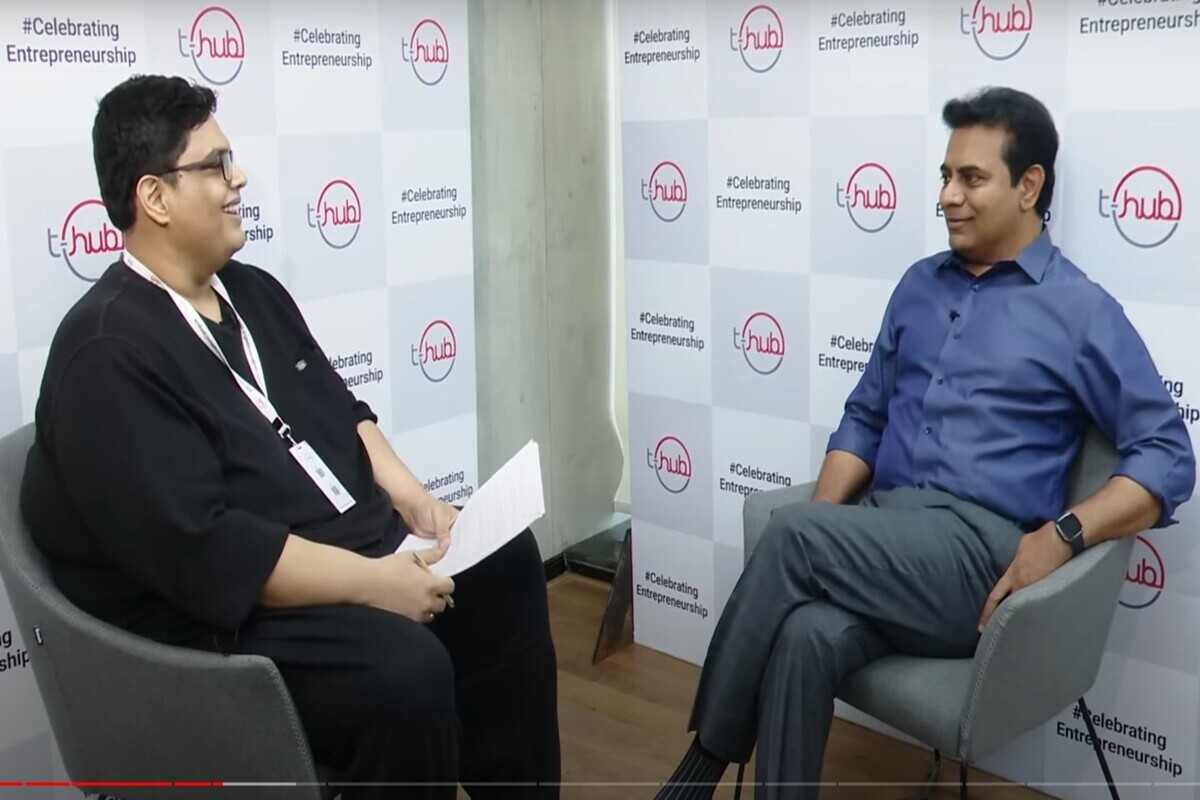 Hyderabad: Telangana IT minister KT Rama Rao (KTR) told comedian Tanmay Bhat that he is game if the comedian wants to ‘roast’ him just like he did Bollywood actors, Ranveer Singh and Arjun Kapoor in 2015.

“I love the White House roasts. I love the way Presidents get roasted there. I am game if one of these days you want to roast me,” KTR said extending the offer to Tanmay to which the amused comedian who couldn’t believe the proposal said, “Please tell me that the cameras are recording”.

Tanmay Bhat said that he will involve KTR’s son Himanshu in this idea and make sure he roasts his father.

The comedian interviewed KTR on the sidelines of the launch of the Telangana government’s prestigious new facility of the T Hub in Hyderabad on June 28.

Sharing the episode on Twitter, the comedian said that KTR made a very strong case for why he should move from Bangalore to Hyderabad.

“Sooo @KTRTRS made a very strong case for why I should move from Bangalore to Hyderabad. We also discussed start ups, Davos, crypto and more on the new podcast episode:”

KTR in response said that it was fun talking to the comedian at the T Hub launch.

“Was fun talking with @thetanmay at the launch of @THubHyd ,” the minister tweeted.

In the candid interview, Tanmay and KTR discussed topics ranging from the minister’s favorite biryani, Prime Minister Narendra Modi, his relationship with his father and state chief minister K Chandrasekhar Rao and nightlife in the city of Hyderabad.