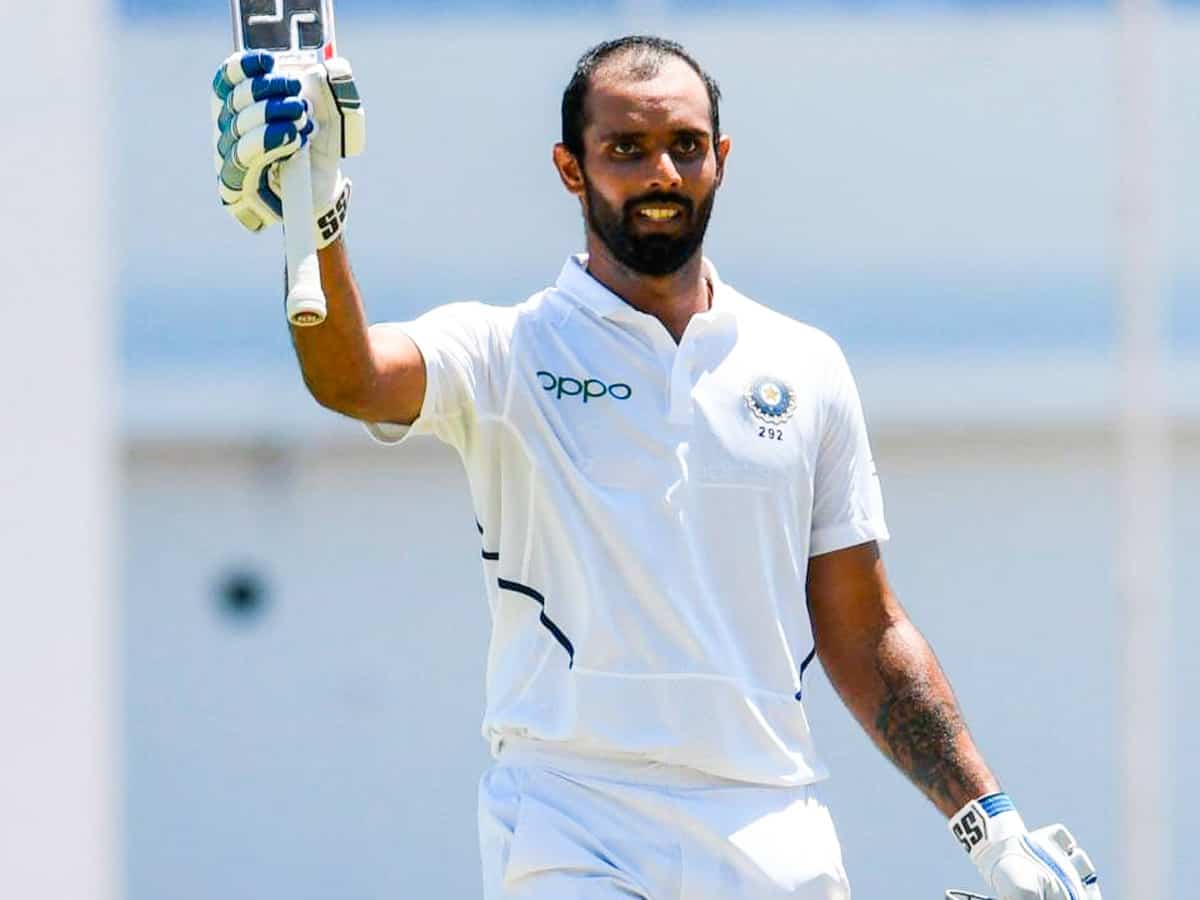 While welcoming the decision by Test cricketer Hanuma Vihari to return to Hyderabad for the forthcoming season, former secretary of the Hyderabad Cricket Association, T. Sesh Narayan also sounded a note of caution and said that although Vihari is an international cricketer he should not be made captain of the Hyderabad side. This could destroy the morale of the players who remained loyal to Hyderabad during Vihari’s absence, he said.

“I have nothing against Vihari. He is a good batsman and will be valuable to us. But I believe that players who are loyal to the state should get their rewards and not tourist players who come and go from one state to another,” said Sesh Narayan to siasat.com. He was referring to the fact that Vihari had shifted allegiance to Andhra earlier.

It may be recalled that about a week ago, it had been reported in the media that Vihari will return to Hyderabad and is likely to lead the team in the Ranji trophy championship. Vihari had left Hyderabad in the 2015-16 season after he had been offered the Andhra captaincy. But now with Azharuddin at the helm of affairs in Hyderabad, he had decided to return to Hyderabad.
Vihari has played 12 Tests, scored one century and four half centuries and in first class cricket he has played 94 matches and scored 21 centuries. So his inclusion in the side will definitely strengthen Hyderabad.

But Sesh Narayan has cautioned against the move to make him captain of the side. The reason being that it will have a demoralising effect on the players who remained steadfast and loyal to Hyderabad and did not seek greener pastures elsewhere, according to Sesh.

“I strongly feel that the morale of the loyal players should be zealously protected by all concerned. These players have given their whole hearted effort in building a strong team and their contribution should not be disregarded and thrown to the winds,” said Sesh Narayan. “To start with, the captaincy should remain with the current player who is leading the side. Vihari can play under him.”

“This will send a strong message to all players who may try to use Hyderabad as a stepping stone or a springboard to catapult themselves to fame elsewhere. These same players will come back sheepishly if they do not succeed in other states. We must prevent these mercenary moves by disloyal players at all costs,” said Sesh.

“History has several such examples. I am sure that Sourav Ganguly, the current President of the BCCI, will support my stand about such players whom I would call “tourist players,” said Sesh. “Yes, they certainly have the freedom to play for any state that they may desire and if they are under compulsions beyond their control. But if they desert their parent organisation, they cannot expect to regain the same privileges as the players who held the fort in their absence. The loyal players are the true heroes of their states,” said Sesh.

“I am of the opinion that the game is greater than any individual, regardless of whatever he may have achieved in his career.  Hyderabad has had a rich legacy and culture and equally rich glory in the past. For example Mansur Ali Khan the Nawab of Pataudi used to play under the captaincy of M L Jasimha even though Pataudi was the captain of India. He was from outside Hyderabad, and he had the good sense to refrain from trying to usurp the Hyderabad captaincy from Jaisimha,” explained Sesh.

“Therefore it is my appeal to all including the Apex Council and the selectors to consider this issue dispassionately and uphold the spirit of the game. Even in the case of our present Indian captain, several theories are being discussed about his replacement in case his form and performance fails to come up to expectations. There should be clear cut guidelines apart from other qualities when it comes to the question about who should lead a side,” said Sesh.

“The current Hyderabad team has shown enough resilience under the captaincy of Tanmay Agarwal and the least we administrators can do is to preserve the continuity and flow. Otherwise we may once again slide down by a few notches on the ladder of rankings. I hope we will not make the mistake of demoralising our team.” concluded Sesh.