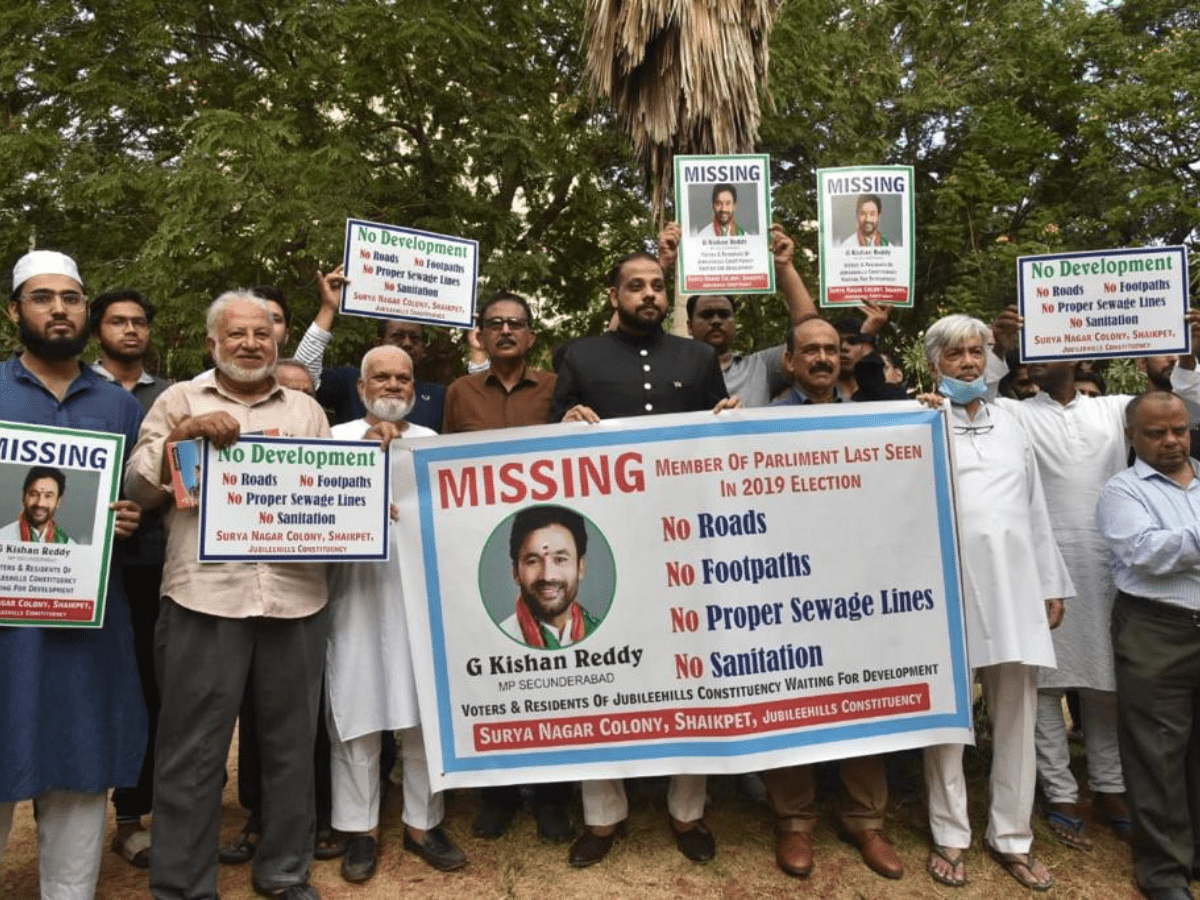 Hyderabad: Residents of Surya Nagar colony, Sheikhpet, in the city conducted a peaceful protest against their MP and Union Minister for Tourism G Kishan Reddy, who has gone “missing”.

According to the residents, the minister was last seen in the 2019 elections when he came down to ask for votes. The residents said that once Kishan Reddy was elected, he has not visited his constituency even once.

The residents have been suffering from many problems including no proper roads, no footpaths, no proper sewage, and no sanitation to name a few. Neither the Greater Hyderabad Municipal Corporation (GHMC) nor their MP has helped.

“Where should the citizens go? We request the concerned authorities to help us and ease our pain,” said one of the residents.

Residents including women, children, and senior citizens participated in the ‘search’.

Bharatiya Janata Party (BJP) leader Kishan Reddy, is a member of the Lok Sabha from Secunderabad.