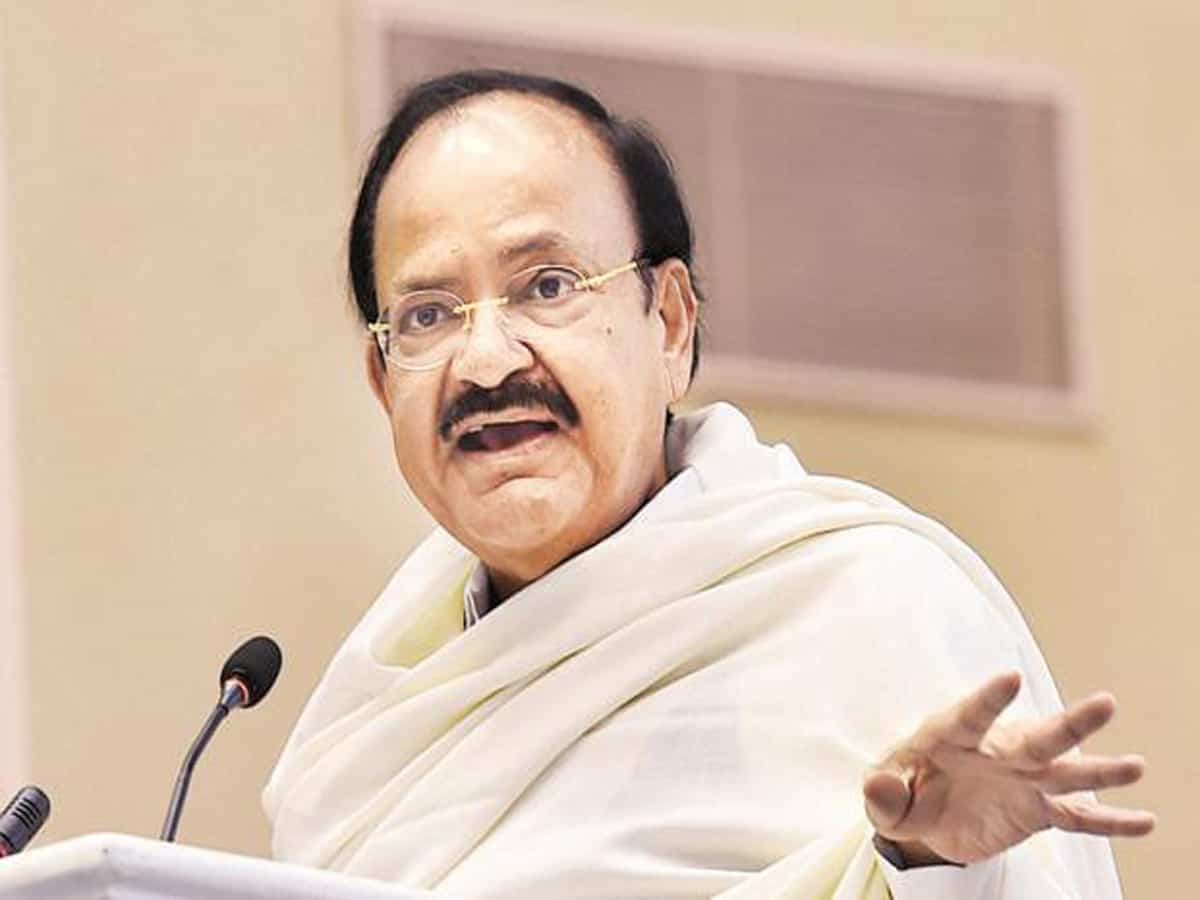 Hyderabad: The Thalassaemia & Sickle Cell Society (TSCS) president Chandrakant Agarwal and a few other NGOs meet Vice President Venkaiah Naidu and explained the need for tabling a Bill in Parliament for prevention of Thalassemia. The TSCS president invited the Vice President for the inauguration of a prominent research lab at TSCS.

According to many recent research reports, India is recognized to be the capital of Thalassemia in the World. The country has been witnessing a rise in Thalassemia patients, a genetic disorder. TSCS, the World’s biggest society serving over 3000 Thalassemia children with modern equipment and specialist doctors, free of cost in Hyderabad has recently organized a first-of-its-kind National Level Conference on Prevention of Thalassemia and Sickle Cell Anemia bringing together several NGOs, who have been working rigorously for Thalassemia treatment and prevention.

The services of TSCS were recognized by President Ramnath Kovind, and the society was invited to Rashtrapati Bhavan in Delhi. TSCS, along with nine other NGOs from all over India have drafted the bill for prevention of Thalassemia. A copy of the bill has also been submitted to the Govt which has to present in Parliament, for implementation. The request is already in PM’s program.

Speaking about the meeting, TSCS President Chandrakant Agarwal said, “We are extremely honoured to get this privilege of meeting our Hon’ble Vice President Shri. Venkaiah Naidu and explaining to him about the situation of Thalassemia is our country and the need of a bill for its prevention. He has extended his support to us and also promised to visit our lab in the near future… Thalassemia is an easily preventable disorder. It can also be eradicated. We have all been working towards children suffering with Thalassemia and understand the suffering one has to go through.

TSCS and a few NGOs have recently gathered at a national conference where the State Govt. of Telangana also extended their support. We are glad that this awareness is spreading nationally and in the Govt. Of India has also been extending their support towards the eradication of Thalassemia in India”.