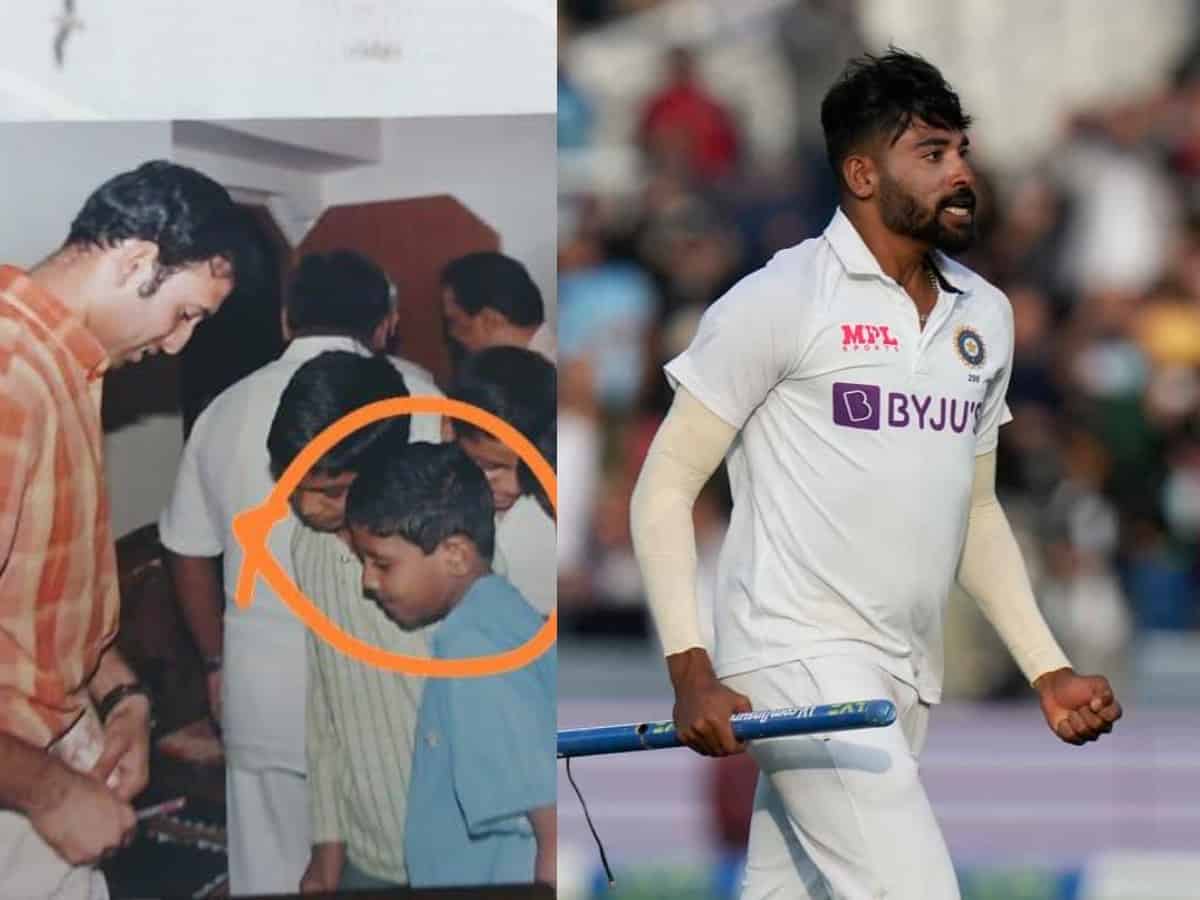 Hyderabad: Mohammed Siraj’s heroics with the ball paved the way for India’s victory at the iconic Lord’s over England. The 27 year old pacer from Hyderabad received praise from cricket pundits, current and former players for his bowling feat.

In his tweet on Tuesday, Laxman shared the picture when the left hander met him for the first time when Siraj was a child.

While sharing the picture, Laxman recalled the time when he first got the glimpse of youngsters at the residence of former cricketer Abdul Azeem.

Abdul Azeem played for Hyderabad in the Indian domestic circuit and has more than 4000 first class runs under his belt in his 15 year career.

Laxman felt proud of the speedster’s  success in International cricket and stated,”Met him for the first time at frmr Hyderabad great Abdul Azeem’s residence. And I feel so proud to see the rapid progress #Siraj has already made in intern’al cricket.”

The batsmen known for his elegant stroke play had credited the pacer’s hard work and his strong will for his rapid growth. He wished good luck to the pacer.

His tweet further read ,”His life is another testament of what one can achieve through hard work & will-power. More power to you young man.”