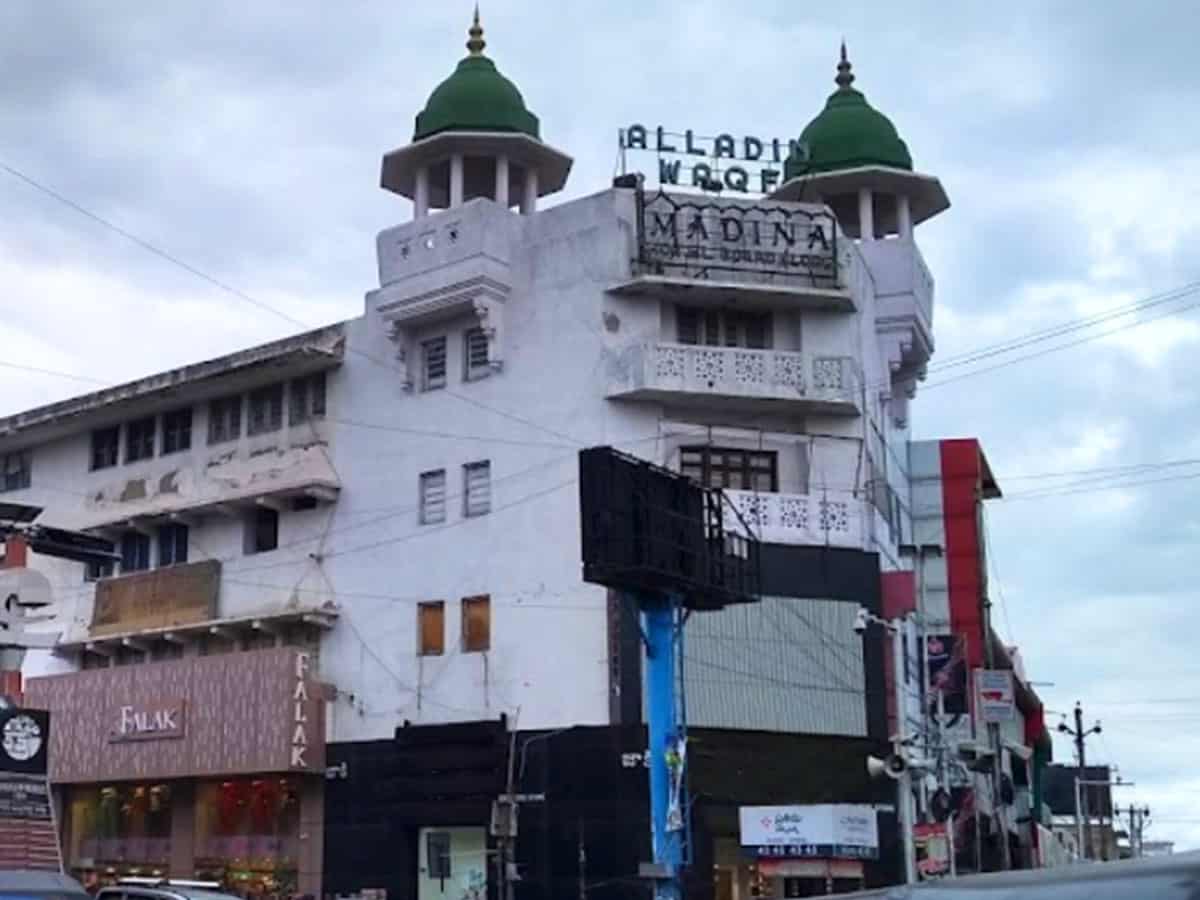 Hyderabad: In a bid to rein in all the tenants of the Aladin Madina building and to ensure that they pay the rightful amounts to the Waqf Board, the department is now also negotiating terms with sub-tenants who have not been paying anything to the Telangana State Waqf Board.

“The sub-tenants (who lease commercial spaces from the original tenants who have an agreement with the Waqf Board) also have an option. Those who are willing to pay competitive rent, we will talk to them, and won’t go into who is a tenant or sub-tenant,” said a senior official from the state Waqf Board, who did not want to be quoted. He added that they have asked tenants and sub-tenants to come forward and negotiate.

Earlier, the board had formed a team of officials to conduct a survey and get as to many businesses are located in the huge building, which are paying paltry sums as rent since decades. Officials said that they will even evict tenants, as there is a High Court order on their side this time. However, that is unlikely to happen, as it will cause a ruckus and might lead to tensions.

The Waqf Board official told Siasat.com that many of the tenants are coming forward to talk with them. “The sub-tenants say they are paying huge rents, and tell us they want to pay directly. So the Waqf Board has requested some tenants to come forward and we are talking to them,” he added. The official added that the board has prepared a list of more than 300 tenants.

“Some of the tenants have disputes in courts, so we left those. We have sent messages to all the tenants, and some of them are willing to negotiate. We have asked them to pay Rs. 65 per square feet. That is what the court said, and we have told them what the market rate is and what the government rate is as well for rent. Right now, the rents are being paid to the tenants of the Madina building, and almost nothing is coming to the Waqf Board,” he Waqf Board stated.

The official aid that as the custodian of the Madina Building, the Waqf Board can cancel the tenancy of anyone time. Agreements in other parts of the city and state have already been cancelled, the official added. I had cancelled 12 tenancy

The (Waqf) Madina Building was constructed to support residents in Madina, a holy city for Muslims in Saudi Arabia. The rent derived from this commercial and residential building was distributed among the residents of the ‘Madina Munawara Hijaz’ during when Hyderabad was ruled by the Nizam. The Alladin family was a major contributor to the building.

There are around 200 shops and 100 flats in the structure, which is situated opposite the Shah Ghouse hotel.  It is to be seen how the Waqf Board officials manage to renegotiate new rental agreements with the tenants. In the past, tenants often got stay orders from courts when the matter of increasing the rent came up.