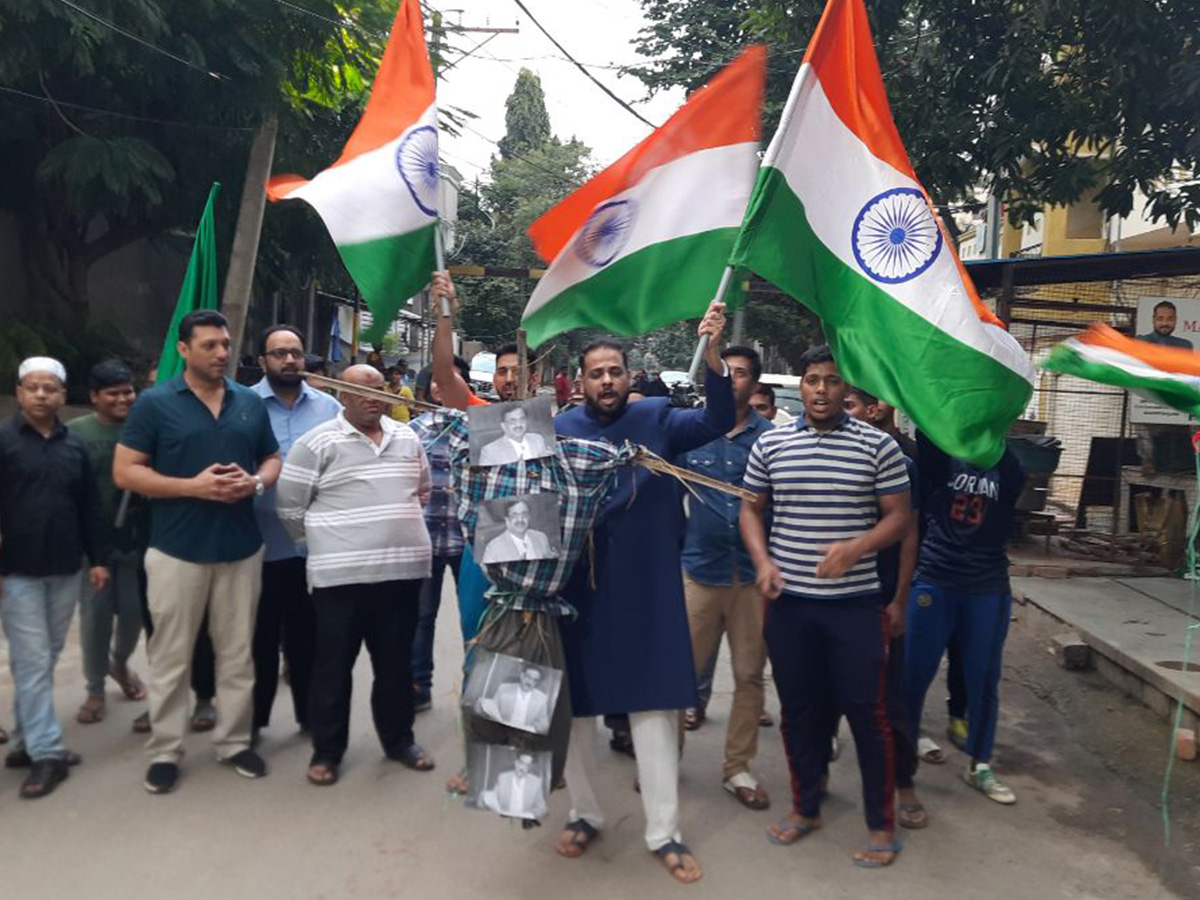 Hyderabad: Locals from the city came out on the streets of Tolichowki on Tuesday to stage a demonstration demanding the Telangana government to take immediate action against Wasim Rizvi for making blasphemous remarks about Prophet Muhammad. The protest was led by activist Asif Hussain Sohail.

The demonstrators hanged and burned the Wasim Rizvi’s effigy at Surya Nagar, Tolichowki. Asif Hussain said that the entire community including people from all religious backgrounds participated in the protest.

Furthermore, he urged all communities to organize such constitutional and democratic protests in Hyderabad and all over India. “We should take inspiration from the farmers who stood by their words and sustained the protests democratically and won. Such protests should not stop until the government takes action against anyone who insults people’s faith,” he remarked.

He warned that if the government doesn’t take immediate action against Rizvi then members of all communities will organize such protests all over the city.

Former chairman of Shia Waqf board in Uttar Pradesh, Wasim Rizvi, who is well known for his controversial statements on Islam and Prophet Muhammad, has once again made provocative and distasteful comments on Muslims. To make matters worse, he was accompanied by the head priest of Dasna Devi temple Yati Narsinghanand Saraswati as they discussed Rizvi’s new book “Muhammad.”