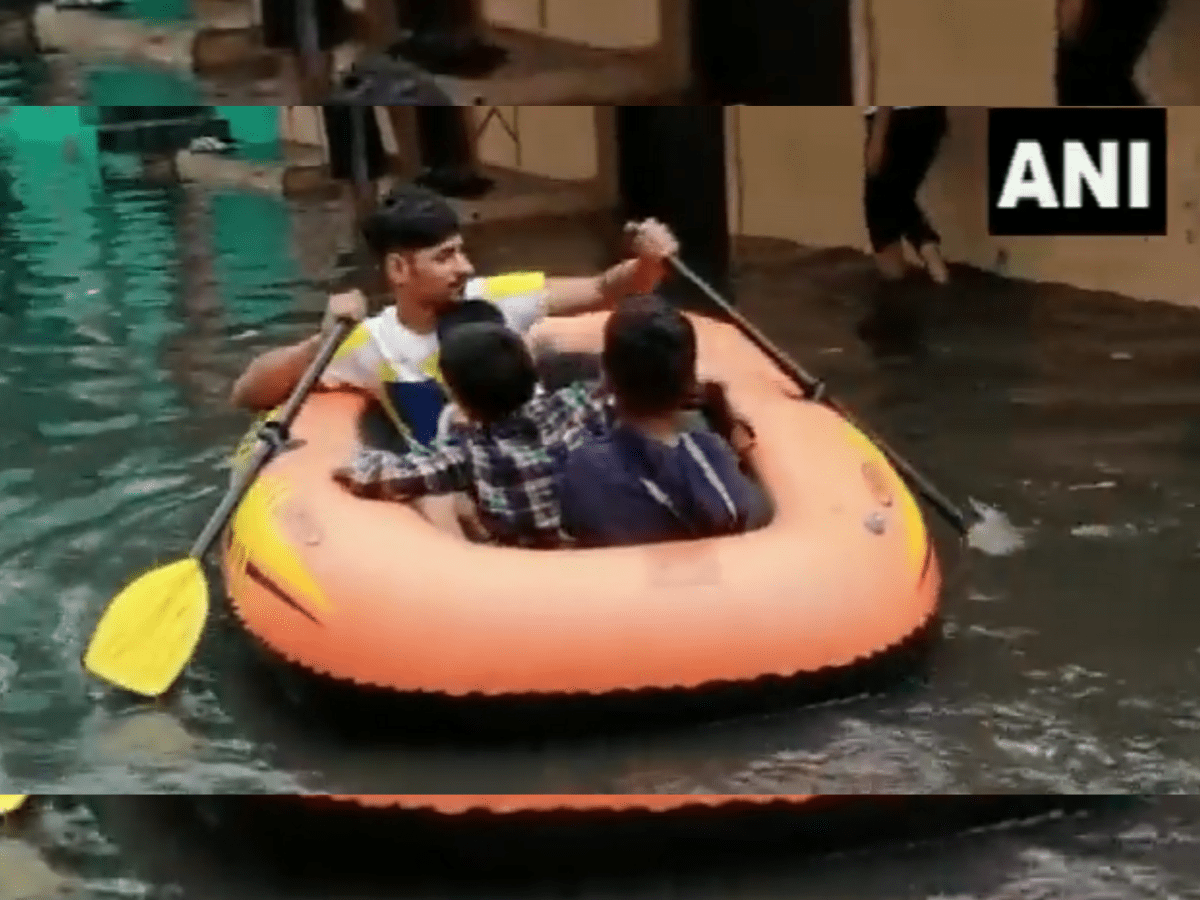 Hyderabad: Heavy rain, accompanied by strong winds and lightning, began to fall in the early hours of Wednesday. The rains have swamped several low-lying parts of the city, despite relief from the heatwave.

A large number of videos have surfaced on the internet from the flooded streets of the city. In one video, people are paddling down a flooded road in an inflated rubber boat.

Waterlogging has been reported from the city’s Kala Pathar and Yakutpura districts. Some property damage and blocked roads were caused by the uprooted trees in Nallakunta.

The progress of buses travelling to the temple was halted after the road caved in. Pilgrims were forced to take a detour and walk through slushy roads.

A video that went viral asked what quality standards were followed for the road to have collapsed. The TSDPS had a wide network of automated weather stations and recorded over 100mm of rain in Siddapur district.

Seethafalmandi in Secunderabad received 72.8mm of rain at 6 am, while Bansilalpet received 67mm and West Marredpally received 61.8mm.

The heatwave that has persisted across the state, as well as several parts of North India for weeks, claimed a man’s life in Telangana last week.