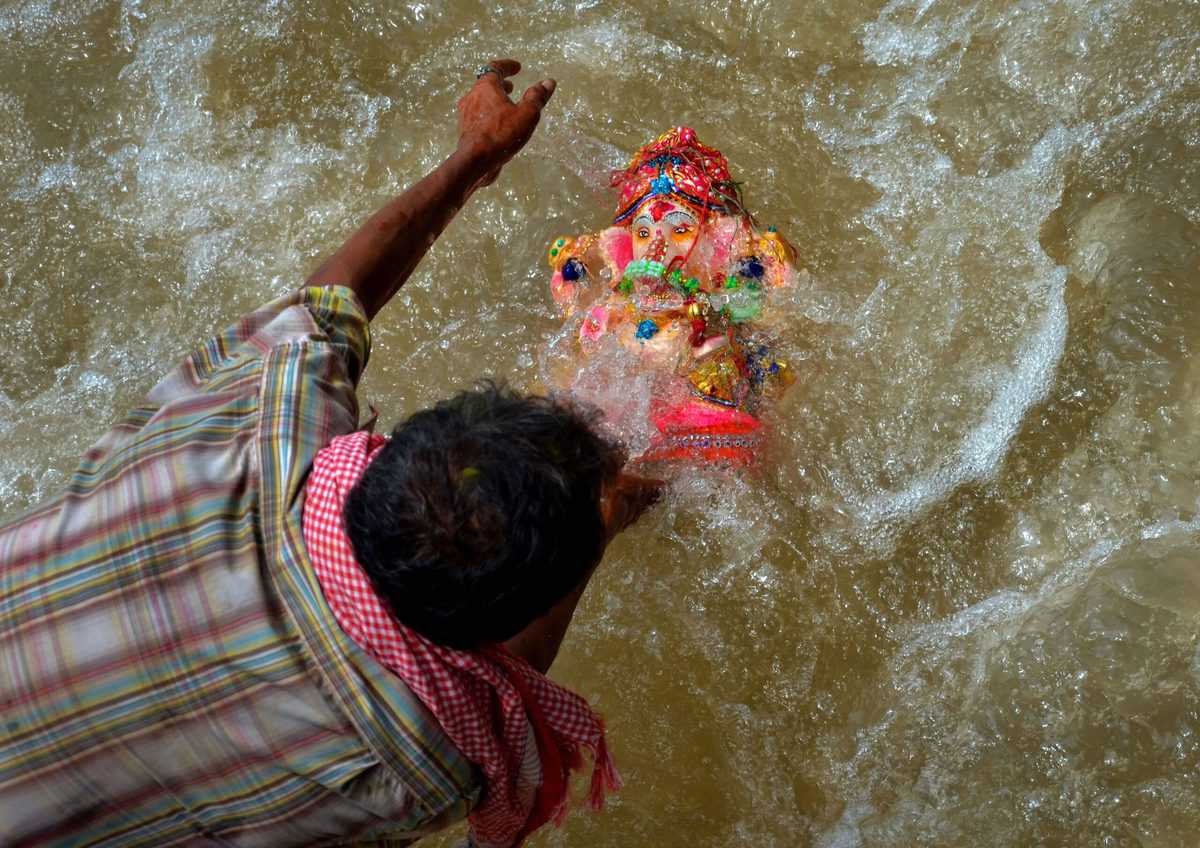 Hyderabad: The Telangana State Pollution Control Board (TSPCB) found negligble difference in the water quality of Hussain Sagar this year.

In keeping with the Central Pollution Control Board’s (CPCB) revised guidelines, the TSPCB observed a decreasing trend in dissolved oxygen this year during the idol immersion. However, there has been a significant increase in total dissolved solids during idol immersion, especially in the Necklace road area.

The immersion had no impact whatsoever on the heavy metals found in the water bodies across the city.

The TSPC believes that the reason for the decrease in dissolved oxygen and heavy metals is a result of heavy rainfall in the state from September 7 to September 29 across the state. As for the city of Hyderabad, the rainfall and subsequent flooding diluted the water in Hussain Sagar lake restoring the same to a state of normalcy.

The TSPCB also reported a minimal increase in COD and BOD levels before, during and after the Ganesh idol immersions.