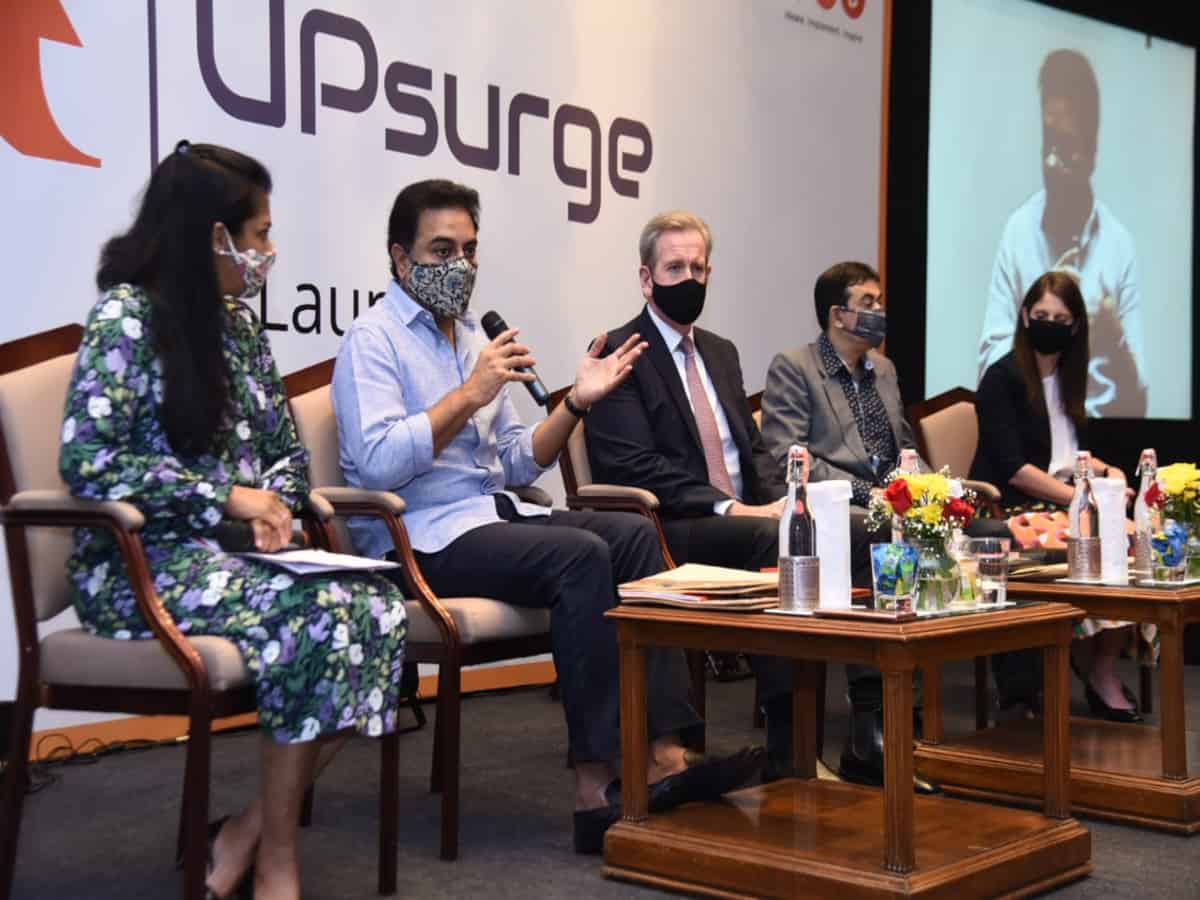 Hyderabad: Telangana IT minister KT Rama Rao (KTR) on Wednesday launched ‘UpSurge’, an initiative to aid women entrepreneurs from across India to achieve financial independence in collaboration with the Australian government.

‘UpSurge’ has been launched by WE HUB, a state-led incubator, in association with the Australian government.

“I am proud to say that WE Hub has emerged as the role model in India to enable women entrepreneurs and increased participation of women in workforce. I hope that this partnership with the Australian high commission goes a long way and benefits women and girls in STEAM,” KTR said, speaking at the launch.

The IT minister noted that the Telangana government set up WE HUB, a first-of-its-kind effort in the country to establish a dedicated incubator to foster women entrepreneurship three years ago.

This new initiative by WE Hub to foster and promote women entrepreneurship to start-up, scale-up and accelerate with global market access, follows the first WE-Hub/Australia collaboration ‘Community Slate’ which concluded in 2020. Australia was WE-Hub’s first international partner.

UpSurge is a 12-week pre-incubation program gives participants skills to help them systematically gauge the feasibility of their ideas and develop them into a sustainable business, by instilling entrepreneurship.

Australian high commissioner to India, Barry O’Farrell; Australian consul general to South India, Sarah Kirlew; CEO of WE Hub, Deepthi Ravula; principal secretary for IT, Jayesh Ranjan were among those who were present at the launch.