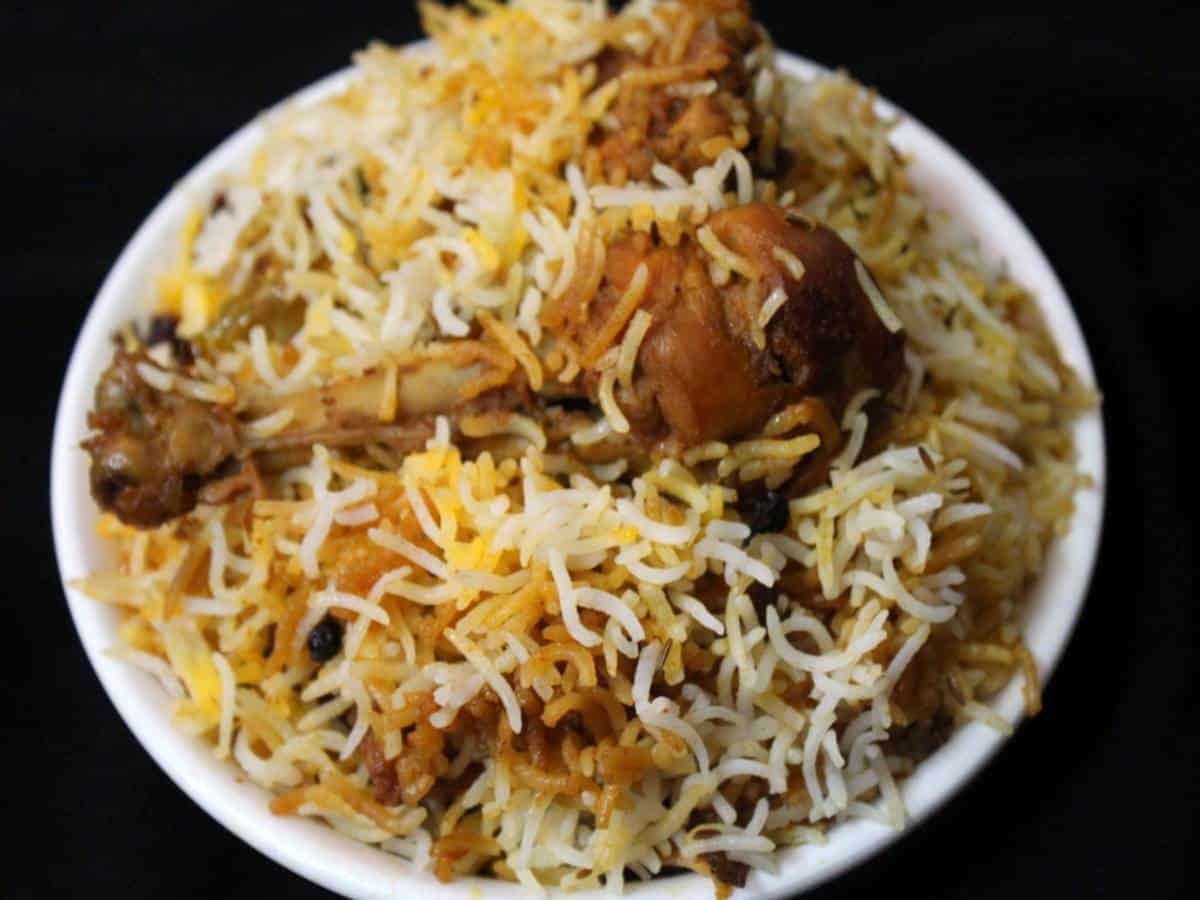 Hyderabad: The second wave of COVID-19 cases has left the public helpless with several complications on the rise. And state IT minister KT Rama Rao (KTR) has been one of the politicians who is actively responding to tweets seeking help with all kinds of resources, redirecting them to his office, which is promptly fulfilling those requests.

In the midst of this, on Friday, Twitter users had a light moment when a man tagged KTR over his chicken Biryani being served without extra masala and a leg piece. People across the social media platforms were amused, to say the leas, as KTR himself replied to the tweet! His tweet has been doing rounds on the internet and it soon became viral, with even Hyderabad Lok Sabha MP Asaduddin Owaisi responding to the IT minister.

A Twitter user on Friday by the name Thotakuri Raghupathi, tweeted to the minister with a strange request during this pandemic, “I ordered chicken biryani with extra masala and leg piece but I didn’t get any of them, is this the way to serve people @zomatoin @KTRTRS,” his tweet read alongside with photograph of biryani.

Raghupathi, who seemed disappointed because of Hyderabadi biryani he had got, tweeted to Zomato and KT Rama Rao, about his “ordeal.”

The man deleted his tweet later, but not before it came to KT Rama Rao’s attention.

In a quick response to the bizarre question Raghupathi asked, KTR tweeted, why he had been flagged in the post and also asked the former what was expected of him in this regard.

“And why am I tagged on this brother? What did you expect me to do?” KTR’s tweet read.

Hyderabad MP Asaduddin Owaisi responded to the KTR tweet, “@KTRoffice must immediately respond, must say that @MinisterKTR &his team have been responding to the medical needs of people during this pandemic mashallah”

This is not the only one. Netizens also reacted to this. ”He wanted Leg Piece but he got Rubber Piece, he was angry at Zomato but he was hungry. He wanted to vent his anger and that anger to get noticed…Your Quote shall pacify his anger and hunger [email protected] please send him a leg piece , he shall eat in peace …, ” Manne Krishank, a TRS leader tweeted.