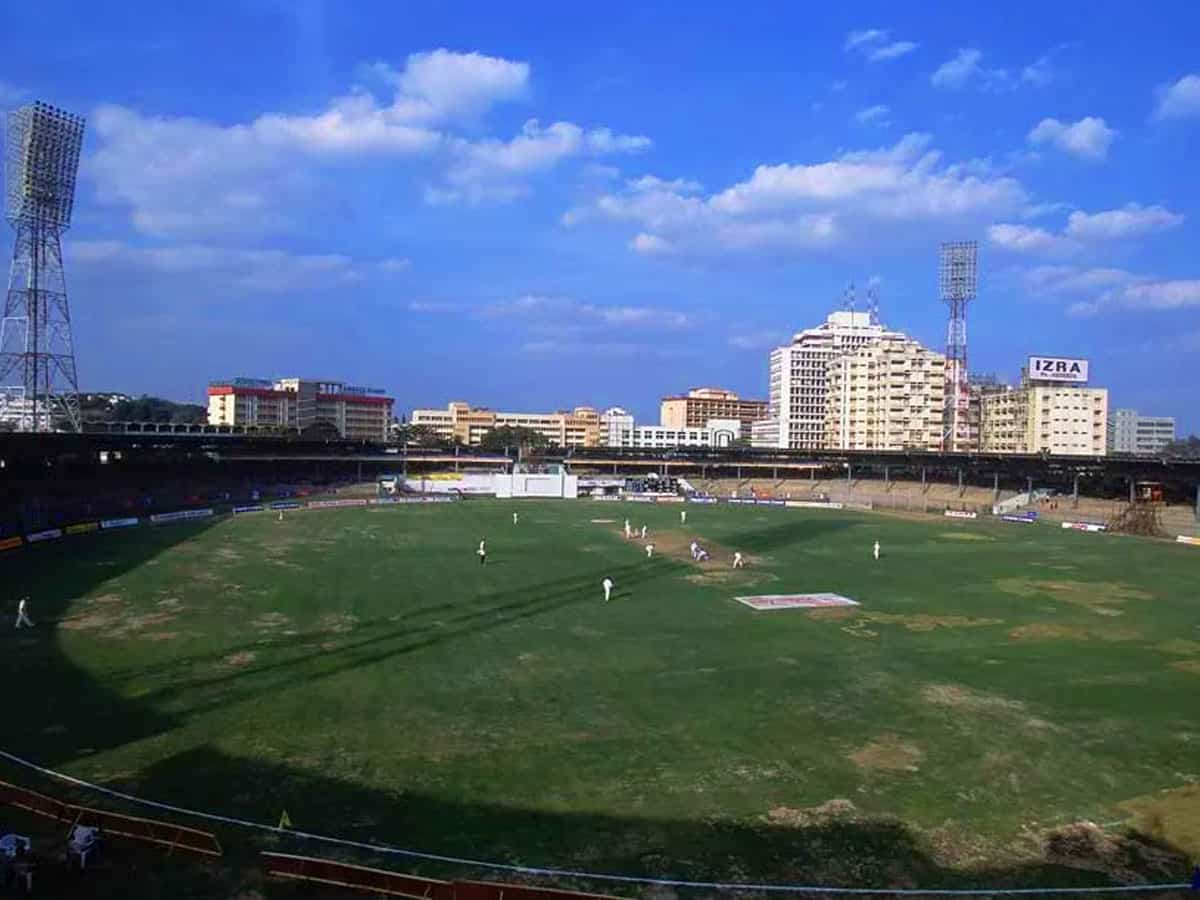 Hyderabad: Growing up, during my visits to my hometown of Hyderabad, elders never referred to Jawaharlal Nehru Road and the LB Shastri Cricket Stadium by those very names. Although they held (and still hold) both those statesmen who were architects of post-independent India in high esteem, the former and latter respectively are still referred to as Nizam Shahi Road and Fateh Maidan.

By no means do I or most of my family members harbour a fanatic admiration of the Mughals or their breakaway Asaf Jahi Dynasty down south, but Salma Farouqi’s op-ed contains shades of revisionist rhetoric that has caught more steam in the past seven years throughout the country.

From the outset, the H K Shervani Centre for Deccan Studies Professor writes, “At a time when changing the existing names of old structures, streets and localities has become the norm, the name of a particular open ground, the Fateh Maidan, situated in the heart of Hyderabad has not yet been given enough thought. Fateh meaning victory and maidan meaning a plain or ground is a familiar place to all Hyderabadis and visitors who frequent the city. After all, the name Fateh Maidan given by the Mughal generals stands as a testimony to the destruction of the Qutb Shahi kingdom and Haidarabad city.”

Aside from being “rechristened” as Shastri Stadium about five long decades ago, which she mentions in the next paragraph, it is simply amusing to see how this erstwhile, officially non-existent nomenclature vexes her in the present-day. That too, when she spells the name of the concerned city as “Haidarabad” — unless that is some archaic spelling which I’m unaware of as a non-historian.

The pain and glory of Hyderabad’s Fateh Maidan

Or is it the fact that the adjoining club to the stadium hasn’t officially shed what she deems as a “sobriquet” that I and many other Hyderabadis — young and old — still utilize in parlance? Is her call to action for Hyderabadis to reevaluate the usage of what is now a “sobriquet?” Because, as it is, Hyderabadis have other things to worry about than an erstwhile name of an open ground or whether that should or shouldn’t be the name of the adjoining club.

A lot of what she says about Aurangzeb’s destruction upon the Qutb Shahi Kingdom, which was arguably more secular and linguistically encompassing than the Mughals and the Asaf Jahis is true. In 1729, Nizam I Mir Qamaruddin Khan just about had it with harem and darbar intrigues in Delhi getting a little too out of control. This prompted him to create his own Asaf Jahi Dynasty. Yes, Aurangzeb did wreak havoc upon various aspects of Hyderabad’s culture. In a piece for Mint—Lounge, I quoted humourist, Shugoofa Magazine Editor, and academic Mustafa Kamal on how Mughal expansion into the Deccan supplanted the local Deccani dialect in favour of chaste Farsi and North Indian Urdu. Kamal himself used the term inteshaar (meaning confusion, disturbance, worry, anxiety) to describe what followed after the tragic, violent overthrow of the Qutb Shahi Dynasty.

According to author and lawyer Raman Raj Saxena’s book Tazkira-e-Darbar-e-Hyderabad, Nizam I, transplanted Delhi culture into Hyderabad. Only in the 1930s did Deccani began experiencing a revival via scholars like Mohiuddin Qadri Zor and poets like Aejaz Hussain “Khatta” and Nazir Dehqani. It took another 1686-like tragedy, Police Action, for a Deccani revival of sorts as those humour poets helped heal the violent process that was Hyderabad’s accession to the Indian Union. Therefore, as a native Deccani speaker whose language was relegated to the household, I too don’t feel the need to (over) glorify the Gujarat-born authoritarian.

Though a historian/author of Salma Farouqui’s caliber ought to know that this practice of (re)naming newly conquered territories isn’t solely specific to one specific dynasty — Muslim or Hindu.

Qurratulain Hyder’s magnum opus, Aag Ka Darya, chronicles various epochs of (North) India’s history. In the vein of Marquez’s 100 Years of Solitude, there are also characters with similar characteristics and backgrounds that keep recurring throughout different eras: the Mauryan Empire, the End of the Lodhi Dynasty, the commencement of Mughal Rule, and the partition of India. One character is a half West-Asian, half Persian-man named Kamal. He himself is a high-ranking official in the Jaunpur Sultanate who translates Hindu spiritual texts into Persian. He learns Sanskrit to carry out this task.

However, when the Lodhis overthrow the Sultanate, every bit of his being is shattered. To say that the new language, new customs, and etc. brought about by this new regime turns him into a lost soul is an understatement. Yet, he reluctantly lives his life out in obscurity while also further planting himself onto Indian soil. Be it Jaunpur back in 1479 or Hyderabad about two centuries later, territories all over the subcontinent have been palimpsests over which empires and their sovereign’s remove linguistic, cultural, and religious vestiges of previous ruling entities. That too, only to carve own new imprints.

Is Prof Farouqui’s angst at the fact Aurangzeb’s and his general’s expansionist ways, which certainly weren’t specific to Mughals, so deep that she still feels the need to single-out the Nizams clinging to a relic of the paramount power which once hovered over them before the British? And are Hyderabadis who still utter the words “Fateh Maidan” — for both the stadium and attached club which hasn’t been “rechristened” — lesser creatures for doing so?

Or is this angst in the vein of a larger trend to focus only on the worst facets of Mughal Emperors, just because they happened to be the bane of the powers that be?

Because to me at least, giving more thought to the name of the open ground or the club next door doesn’t seem like the most efficient use of my time.

Daneesh Majid is a Hyderabad-based journalist and author in the making. His interests include language and other subjects such as Jammu and Kashmir. He regularly writes for Siasat.com.