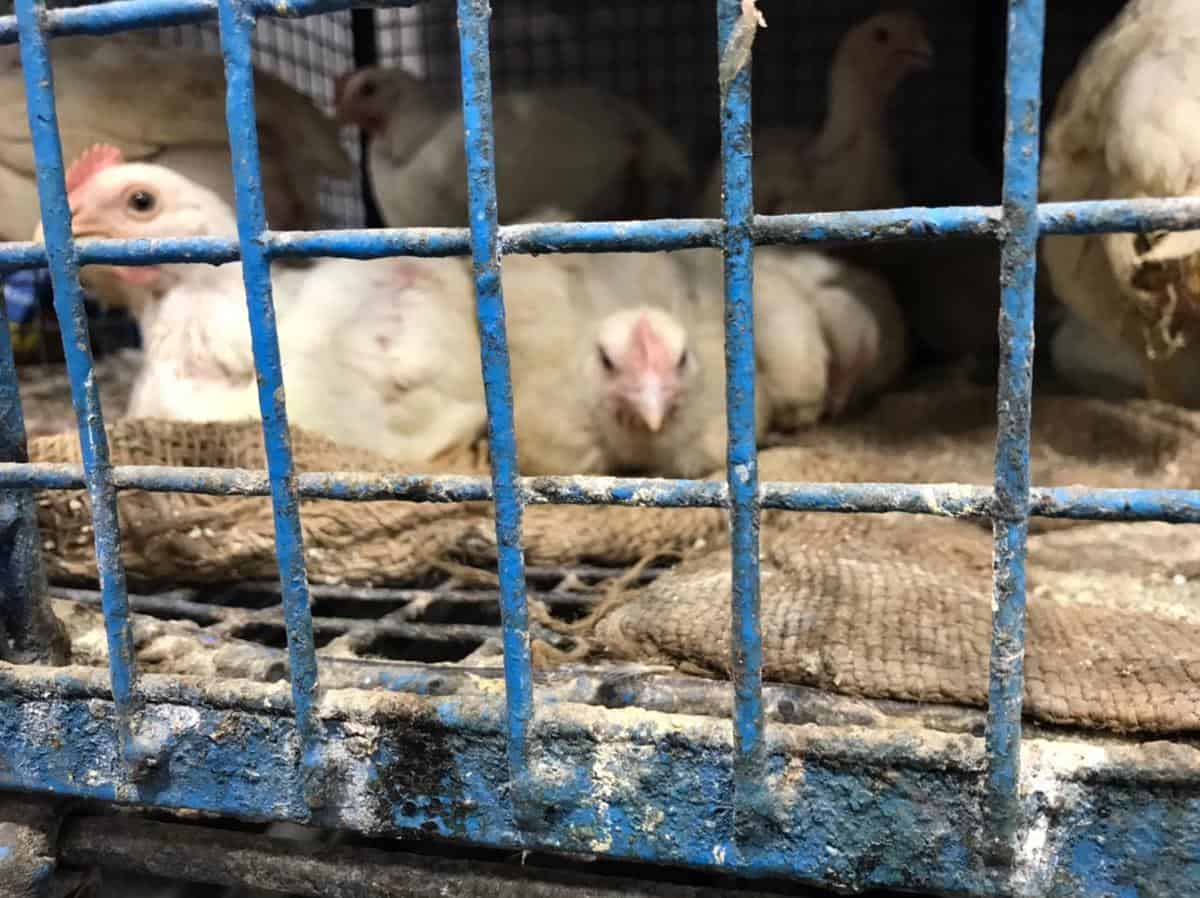 Hyderabad: The onset of summer has resulted in prices of retail chicken shooting up over the past few week. The last few days particularly have seen a sharp spike in numbers, with a kilogram of poultry meat now costing anything between Rs 140 to Rs 160, with rates more than doubling. However, not just the heat, but that combined with rumours of a lockdown and various other reasons have led to the situation in Hyderabad.

According to shop owners, the retail price of chicken was around Rs 87 until last week, and now has gone up to Rs 160 depending on which area one lives in. Poultry shop owners blame various factors on the increase.  Mohammed Dastagir of Moin Taibatul Chicken centre near Shaikpet said the increase in prices is due to a general shortage of chickens in Telangana.

“Most of the chicken is being brought in from Karnataka. Customers have been complaining a lot, as a result we are forced to sell chicken on minimum profit of just Rs 5 per kilo,” Dastagir added.

Another chicken shop owner, Qazi Abdul Azeem of Nawaz Chicken centre in Tolichowki said that the jump in prices happens every year during summer, but that it is steeper this year due to the excessive shortage. “Various factors affect the shortage. Chicken die due to heat and their birth rate also declines. It causes huge losses to the poultry farmers and to make up for it they increase the rates,” he explained.

Others shop owners also cited similar reasons in the city. Mohammed Hussain Pasha, owner of Pasha Chicken centre, said that the shortage has happened due to the bird flu which happened two months as well. “The rate of chicken had increased then too and this is the biggest spike we’ve seen in the recent years,” informed Pasha. He however said that shop owners are expecting the prices to decrease when Ramzan starts.

Moreover, rumours of another lockdown have also reportedly compounded the issue. Some chicken shop owners said that those rumours basically resulted in low production, leading to a shortage. Mezaan Poultry’s owner Syed Bilal said that the current spike in prices is primarily because lockdown rumours. It may be noted that the city police had arrested a man for creating a fake government order, to spread rumours that a lockdown was being enforced.

“The farmers faced huge losses last years and these rumours have scared them and to compensate for the losses. So anticipating that, they’ve increased prices in advance,” Bilal added, and pointed out that there’s also been constant cuts in the supply chain which led to a non-stop increase in the prices.

As for what the fair price of chicken would be if these problems didn’t occur, Bilal said it would have ideally been between Rs 70 to Rs 80.