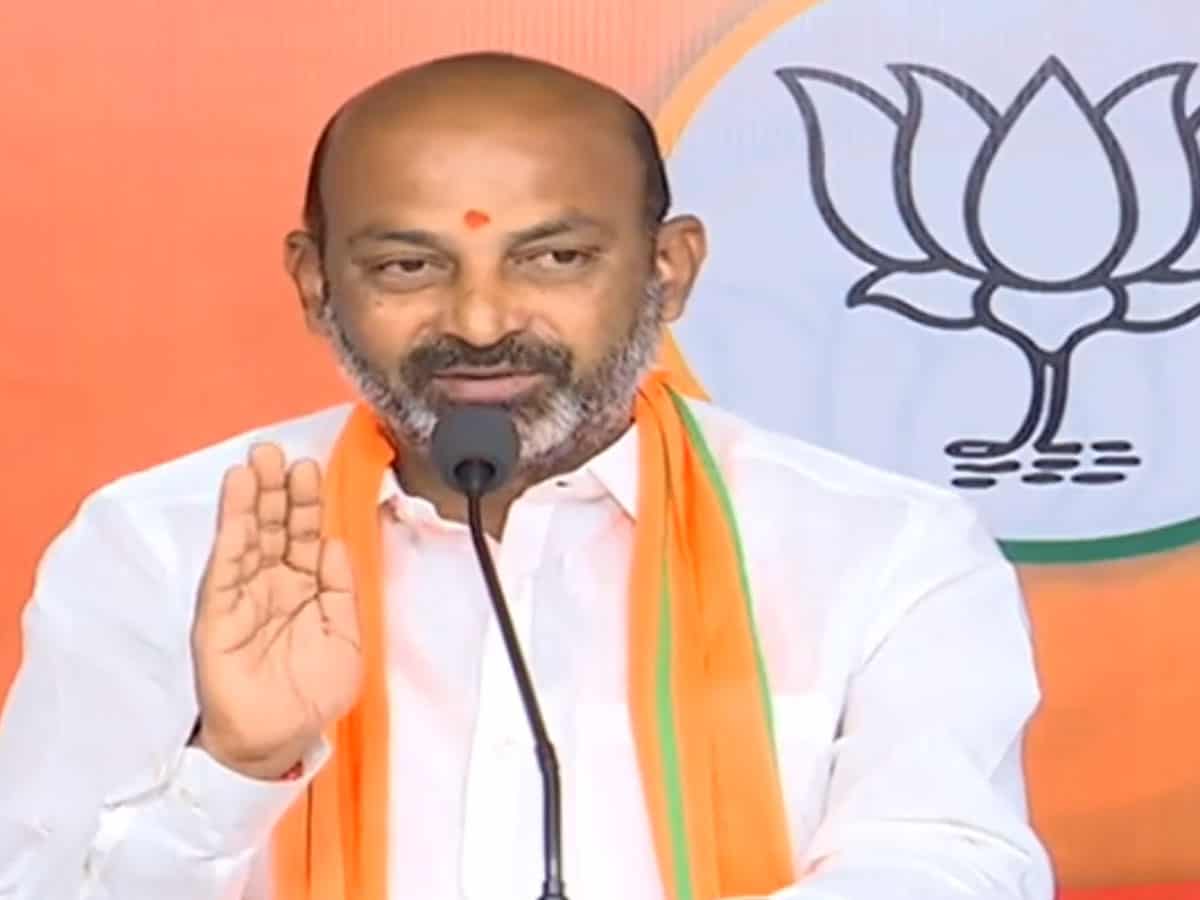 BJP state president and MP Bandi Sanjay and other BJP leaders participated in the event.

He went on to say, “Are you ready to cut my head off? Whether you are ready to cut or not, I am ready to behead for the people of Telangana. Decide time and place.”

Bandi said that KCR would be left with only six MLAs.

“Did KCR participate in the voting of the Telangana Bill in Parliament? Tell me why KCR did not go to Parliament? Who has bought grain in these seven years? Bandi asked.

BJP state president alleged that KCR made only one Dalit as a minister in his cabinet whereas Prime Minister Narendra Modi has made 12 Union ministers and further said that KCR is scared of BJP.

Bandi said that a Dalit has to become Chief Minister, “KCR, who said he would implement the Dalit Bandhu on the 4 November after Huzurabad Bypoll results, has not yet implemented it,”

Bandi, who satirically calls KCR as uncle said KCR got angry on Monday. “Give BP tablets properly to the Uncle,” he added.

Explaining why Bandi and other BJP leaders started agitation in the state, BJP National General Secretary Tarun Chugh told ANI, “The KCR government is making fun of Dalits across the Telangana state. So that’s why the BJP State President Bandi Sanjay and other leaders started this agitation to bring justice to the Dalits of Telangana.”