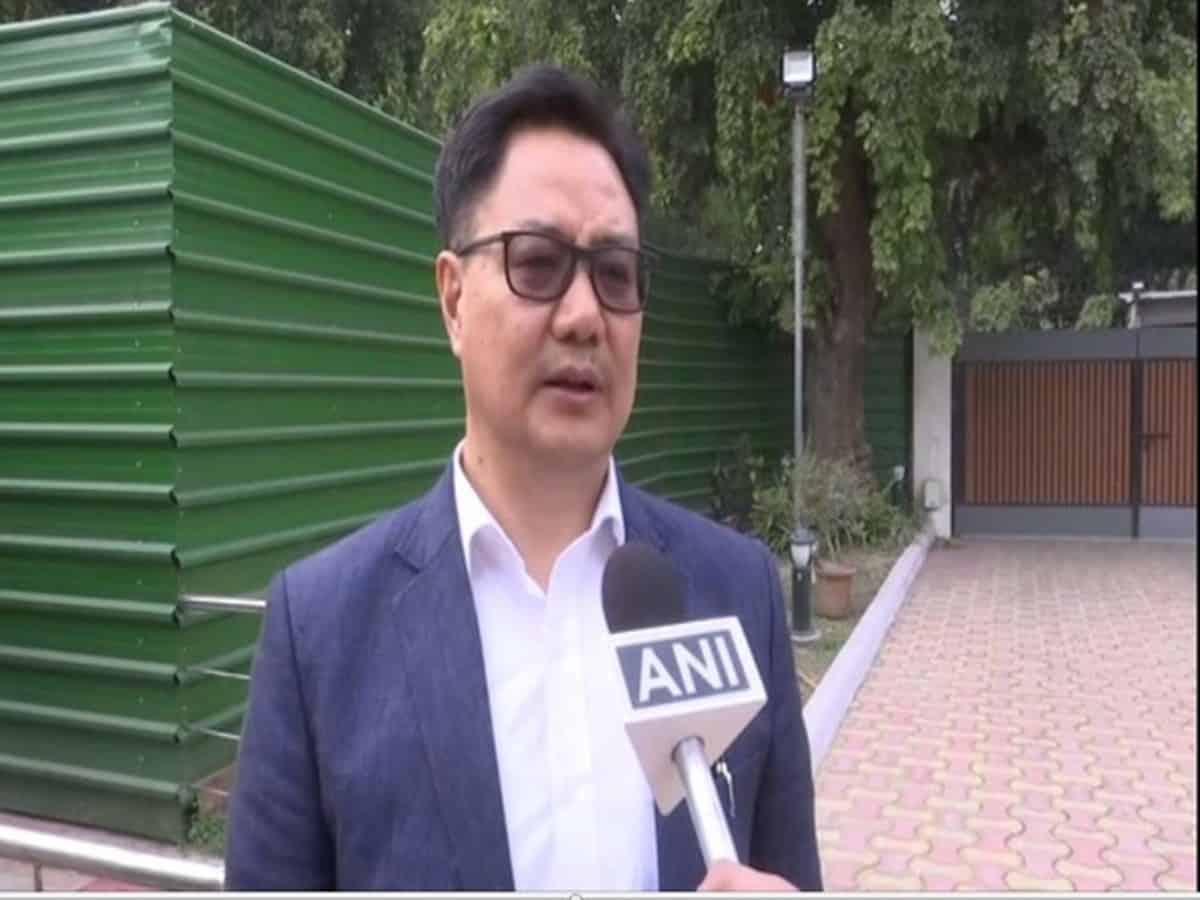 Hyderabad: A day after the Supreme Court came down heavily on suspended Bharatiya Janata Party (BJP) spokesperson Nupur Sharma for her controversial remarks on Prophet Muhammad, Union Law Minister Kiren Rijiju on Saturday said he will discuss the issue at an appropriate platform.

Speaking to ANI in Hyderabad where he was attending the BJP national executive meeting, Rijiju said, “First of all, as a Law Minister, it is not proper for me to comment on the judgement as well as the observation made by the Supreme Court bench.”

“Even if I do not like the judgement or I have a serious objection to the manner in which the observations are made, I would not like to comment,” stated the Minister.

The apex court made strong verbal observations on Nupur Sharma’s comments on a televised debate that actually opened up a can of worms with Nupur facing threats and also having FIRs filed against her across the country.

The court in its verbal observation came down heavily on Nupur Sharma holding her responsible for the state of violence in India including what happened in Udaipur.

Talking about the issue, the Union Law Minister further said, “Reactions are coming, I am getting lots of representations and messages to react on this, but we will discuss the issue at the appropriate forum.”

Interestingly, the remarks that Nupur Sharma was responsible for communal flareup across the country, were made in verbal or oral observations and not reflected in the order pronounced by the Supreme Court.

“I would not like to make a direct comment or reference on the Supreme Court’s observation. It is an oral observation and not a part of a judgment,” Rijiju said.

The Supreme Court on Friday came down heavily on suspended BJP spokesperson Nupur Sharma stating that her outburst is responsible for an unfortunate incident in Udaipur, where a tailor was murdered.

The apex court further blamed the suspended BJP leader and said that she and “her loose tongue” has set the entire country on fire and she is single-handedly responsible for what is happening in the country and said she should “apologise to the whole country”.

A bench of Justices Surya Kant and JB Pardiwala slammed Sharma for her statement made during a TV news channel debate and while referring to the Udaipur incident, where two men murdered a tailor, said, “her outburst is responsible for an unfortunate incident.”

However, the apex court also declined Sharma’s request to transfer to Delhi of all the FIRs registered against her across the country for her controversial remarks on Prophet and allowed her to withdraw her plea from the top court and avail alternate remedies.

Last month while speaking on a prime-time TV debate show, Sharma made objectionable remarks against Prophet Muhammad that led to huge protests not just in India but also across several Middle East countries forcing the BJP to suspend her pending enquiry.