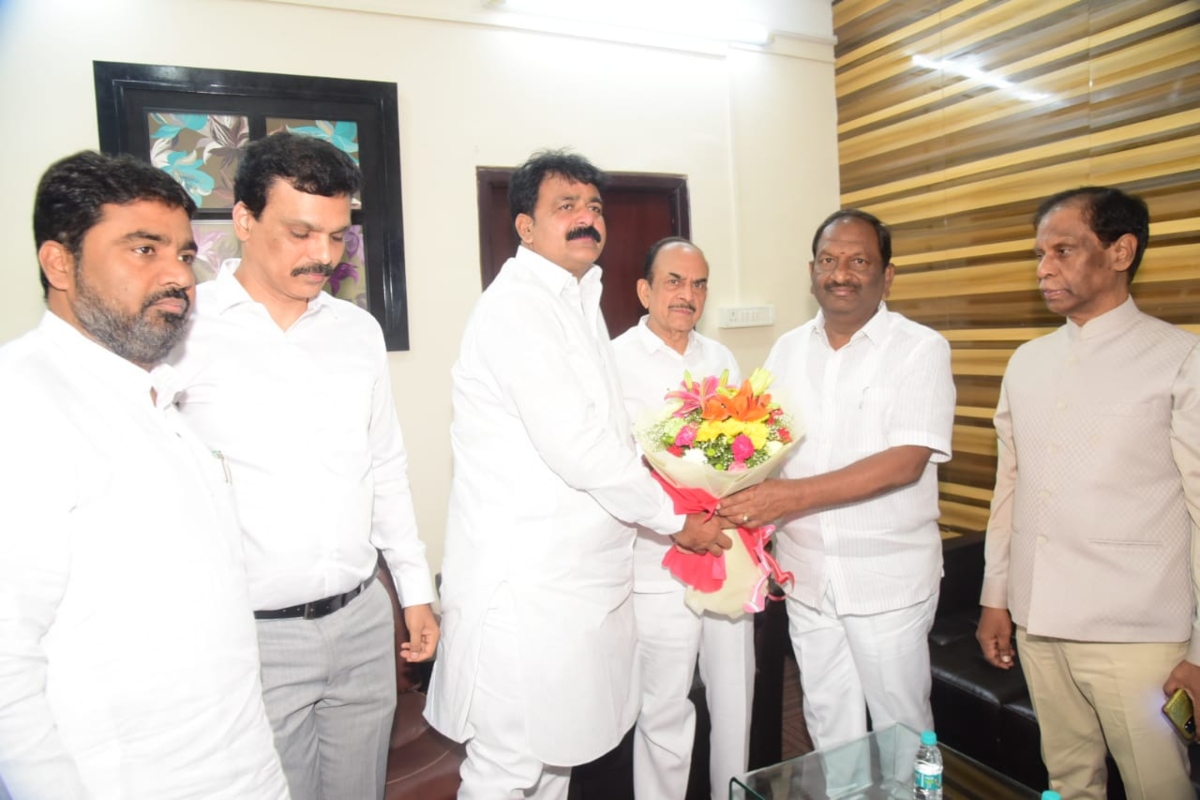 Hyderabad: Minister for Minority Welfare of Bihar Jama Khan said that the schemes and programs being implemented by Telangana Chief Minister KCR to eradicate illiteracy and poverty among minorities are admirable, and he will try to emulate them in his state.

“It is commendable that significant progress has been made in all fields within the short period of eight years of the formation of this state,” he said.

He said that he had come two days ago to participate in a wedding ceremony and had seen with his own eyes the development that had taken place here.

In the presence of welfare minister Koppula Ishwar and home minister Mahmood Ali, a powerpoint presentation was shown to the Bihar minister at the office of the Society of Minority Gurukul Educational Institutions in Banjara Hills on Saturday.

Government Advisor for Minority Affairs AK Khan and society secretary Shafiullah explained that the Telangana government has spent more than Rs 9000 crores for the welfare and upliftment of minorities.

They informed the minister that Rs 20 lakhs are given free of charge to the minority youth who want to pursue higher education abroad. Under the Shaadi Mubarak Scheme, 16 lakhs are being provided for the marriages of poor girls, so child marriages have reduced and they are getting a better education, they said.

They further mentioned that 10 thousand Imams and Muezzins are given honorariums of Rs 5000 per head. 204 Gurukul schools especially to train minorities, through which 1 lakh 31 thousand boys and girls are being provided quality English medium education and nutrition.

Khan and Shafiullah explained that these schools, which are moving forward with discipline, high standards and values, have been visited and praised by many dignitaries.

Minister Zama Khan said that he will explain to his chief minister Nitish Kumar about the schemes being successfully implemented here. He added that he will come back here after two or three months and visit and observe the Gurukul schools so they can be implemented in Bihar.