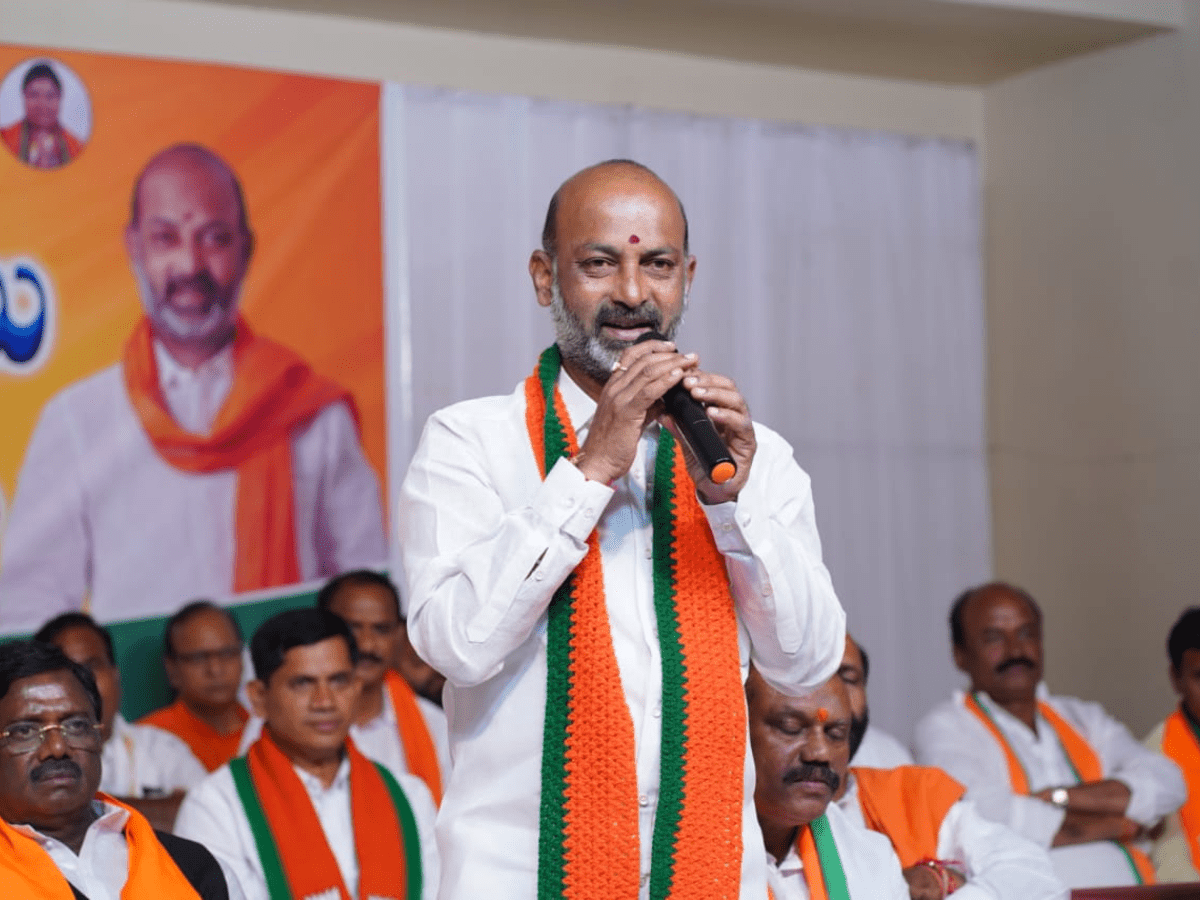 Hyderabad: Telangana BJP chief Bandi Sanjay Kumar on Monday alleged that the TRS-led state government is blocking the immersion activities of Ganesh Chaturthi in the name of Supreme Court orders.

He warned state chief minister K Chandrashekar Rao that the BJP will conduct Ganesh immersion in Pragathi Bhavan and not the tank bund at the necklace road if the government tries to block Hindu festivities.

“Even during the COVID-19 pandemic, Ramzan was celebrated in the old city. We didn’t oppose it. Badam and pista were distributed as well and we didn’t resist them. Now in the name of rules if the TRS government tries to stop Ganesh immersion activity, the BJP will conduct it at Pragathi Bhavan and not the tank bund,” Sanjay warned the chief minister K Chandrashekar Rao.

City mayor Gadwal Vijayalaxmi on Saturday said that for Ganesh immersion on September 9, around 10,000 sanitation workers, 280 cranes along with 100 swimmers with boats will be employed at all the water bodies in the city.

In a review meeting of Ganesh Immersion, the city Mayor directed the Zonal Commissioners, police, TSSPDCL, HMWS&SB and other departments to make all the needed arrangements for the immersion.

According to the Mayor’s directions, at every 3 to 4 km there should be 25 sanitation employees, and around 14 volunteers will operate each crane for 24 hours in three shifts.