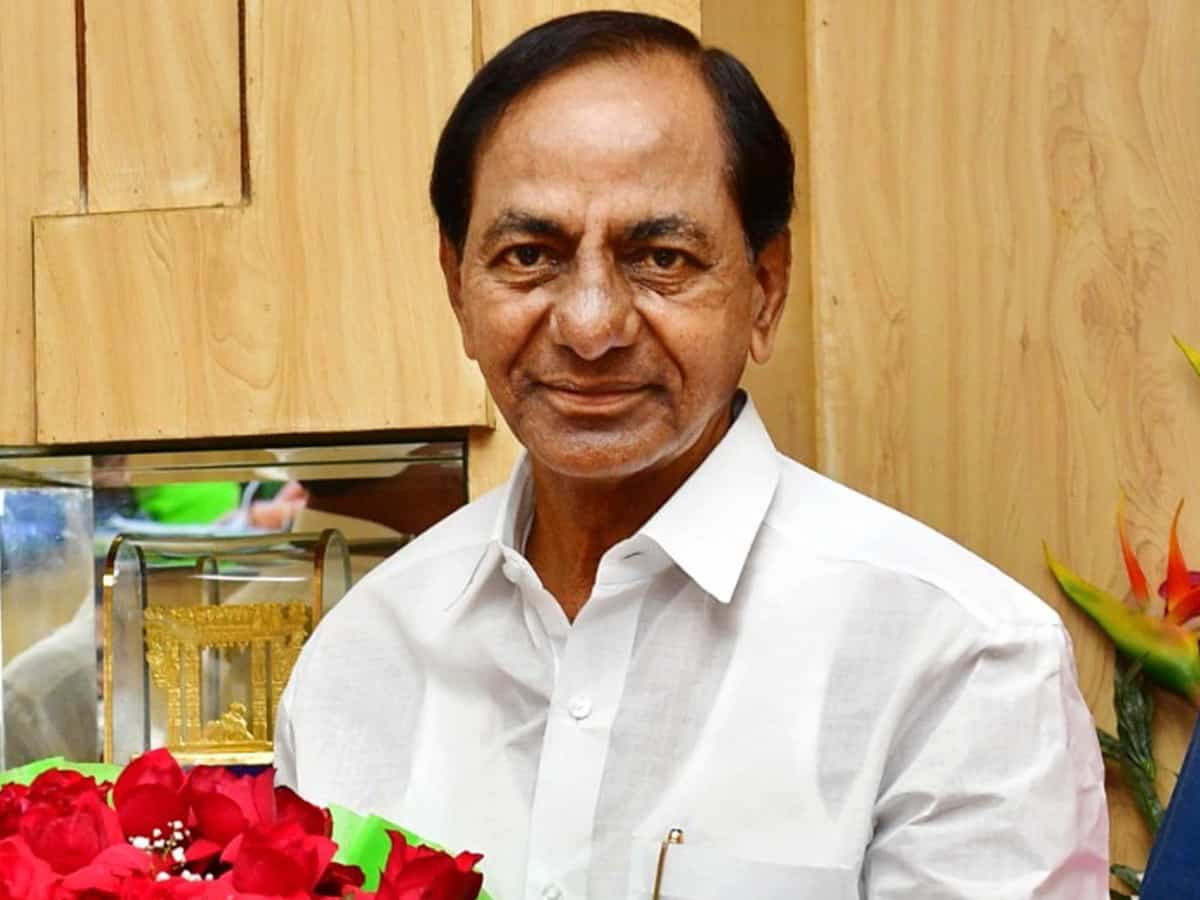 Hyderabad: Telangana Rashtra Samithi president and chief minister K Chandrasekhar Rao’s announcement that his government would pay an ex gratia of Rs 3 lakh to each of the families of the farmers of North India who died during their year-long agitation against the draconian farm laws has triggered a big debate in the political circles.

The chief minister has claimed that his government had allocated Rs 22 crore towards ex gratia to over 700 farmers on humanitarian grounds, as he was terribly upset with the plight of the farmers.
He said the amount would be disbursed among the families of the deceased farmers after due verification. He asked Samyukth Kisan Morcha (SKM), which is spearheading the agitation to furnish a list of the deceased farmers so that the ex gratia could be paid.

KCR, who left for New Delhi in a private aircraft on Sunday evening, is expected to visit Tikri border and a few other places on the Delhi suburbs to call on the farmers, who are still continuing their agitation. He may personally handover cheques to a few of the victims’ families.

The SKM, which expressed gratitude to the Telangana chief minister, said it would submit the list of the “martyrs” for the payment of ex gratia. “While Mr Narendra Modi or his Government does not acknowledge the heavy and avoidable sacrifices made by around 700 brave farmers of the Kisan Andolan, the Telangana Government has now stepped forward to provide support to the kin of the martyrs,” the SKM tweeted.

It also appreciated the demand of KCR that Prime Minister Narendra Modi, too, should announce an ex gratia of Rs 25 lakh to each of the deceased farmers’ families.

Why only to farmers of north India?

On the face of it, KCR’s announcement appears to be a humanitarian gesture. Expectedly, the TRS leaders went overboard in showering praises on the chief minister for his magnanimity towards the suffering farming community. Starting with his son and IT minister K T Rama Rao, every TRS leader flooded the social media with their congratulatory messages, lauding KCR’s announcement. Even film stars and industrialists joined the chorus.

Telangana BJP president Bandi Sanjay said the chief minister should first extend ex gratia of Rs 25 lakh each to the families of farmers in the state who had committed suicide in the last seven years, before paying the families of the North Indian farmers.

“And what about 27 Intermediate students who died by suicide due to irregularities in spot valuation and over 1400 unemployed youth who lost of their lives due to lack of job recruitments?” Sanjay asked.’
According to a latest report by National Crime Records Bureau, as many as 466 farmers and five agriculture labourers have committed suicide in the so-called farmer-friendly state of Telangana in 2020, thereby standing in the fourth position in the country in terms of farmers’ suicides.

But the Telangana government has not been acknowledging these suicides are agriculture-related. According to official sources, ex gratia of Rs 6 lakh each was paid to only around 1600 farmers who gave up their lives in distress.

Similarly, during the first elections to Telangana in 2014, the TRS chief had promised to pay an ex gratia of Rs 10 lakh to each of the families of youth who had died during the separate Telangana agitation, besides government job to one of the eligible family members.

Though during the agitation, the TRS leaders claimed that nearly 1400 people sacrificed their lives for the separate statehood, the KCR government paid compensation to only around 500 people. And the promise of providing them government jobs still remains a distant dream.

“KCR has just washed off his hands by paying a few people. And now, he is talking about paying Rs 3 lakh to farmers of North India. It is just a political gimmick,” Telangana Pradesh Congress Committee president A Revanth Reddy said.

Forget about farmers, the TRS government has so far not fulfilled its promise of paying Rs 10,000 to all the families of Hyderabad, who lost their properties during the last year’s floods. Only a few families got part of the compensation, only after greasing the palms of the local GHMC officials and corporators.

Several doubts are arising over the implementation of KCR’s promise. It is not yet clear how the KCR government will go about distribution of Rs 3 lakh ex gratia to the families of the deceased north Indian farmers. Will it go by only the list submitted by the SKM?

The chief minister said it would be released after due verification. Who is going to verify it? Will the Telangana government take the help of Punjab, Haryana, Uttar Pradesh and Rajasthan governments in verification? Or does it ask the Central government to submit the list of the deceased farmers?

One wonders whether these state governments or the Central government have any data of the farmers who died during the year-long agitation. Who is going to vouch for the authenticity of their deaths? How can anybody prove that they had died only due to staging dharna on the national capital borders or due to any other decease? Are there any medical or police records?

Secondly, every rupee that is spent by the state government has to be accounted for and has to have budgetary approval, even if at a later stage. Under which head has the Telangana chief minister account this ex gratia payment for, as he says it would be distributed through cheques? Is it from the chief minister’s relief fund or from the state agriculture budget? Can a state government make budgetary allocation for payment of ex gratia to farmers of other states? Does the entire exercise stand judicial scrutiny?

Well, it is quite obvious that KCR’s objective of announcing ex gratia to the farmers of North India is to score some brownie points over the Bharatiya Janata Party both at the Centre and in the state. If he fulfils his promise at the earliest, he would definitely get some mileage politically. But he doesn’t do it or delays it in the name of verification, it is going to boomerang on him.