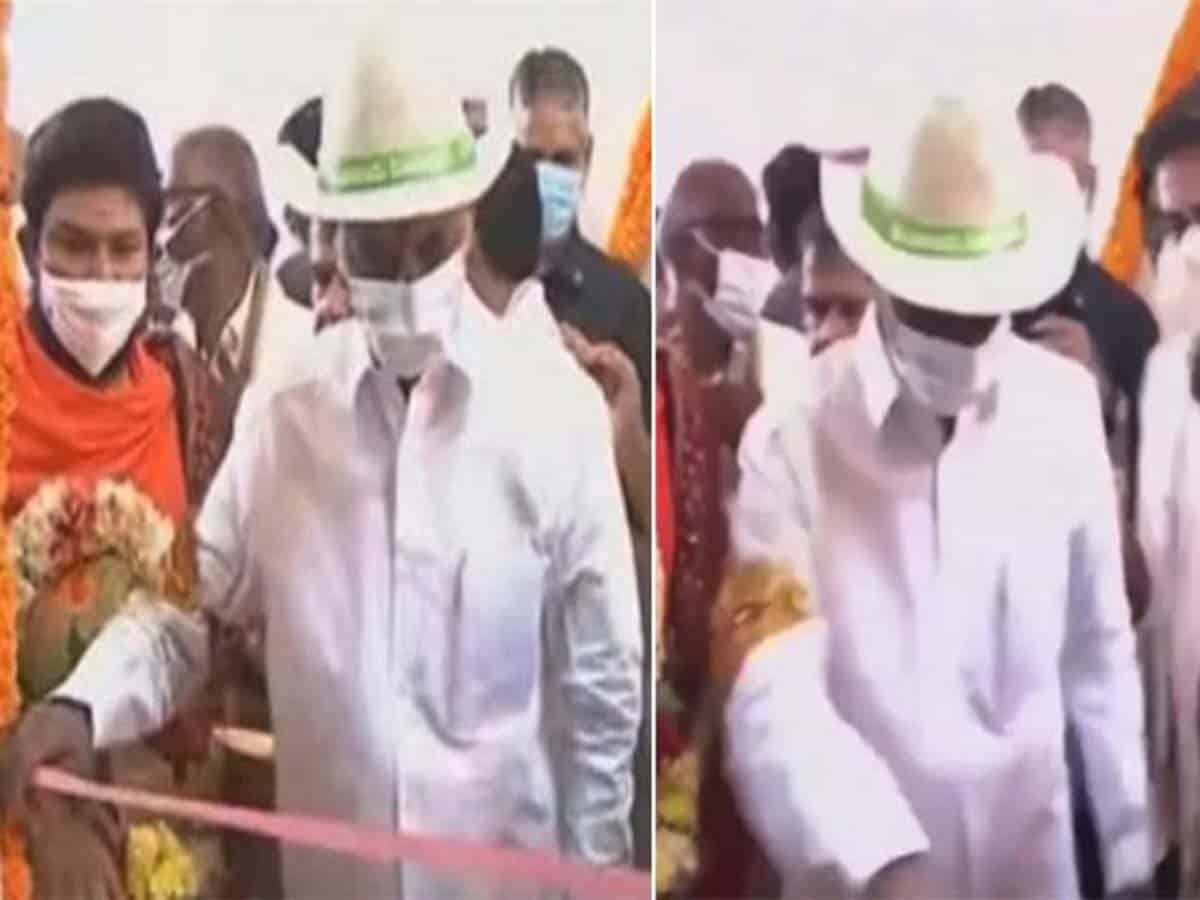 Hyderabad: Chief Minister K Chandrasekhar Rao on Sunday gave shock to officials by pulling up the ribbon during the inauguration ceremony of district collector office at Sircilla.

AS KCR reached the venue at Mandepalli double bedroom houses and when he was about the cut the ribbon but the officials have forget to arrange a scissors for cutting it. Though The Chief Minister was impatient but he waited for a while and later pulled up the inauguration ribbon with his hand and made an entry into the Home along with the Woman beneficiary.

After the CM’s sudden, the officials present at the occasion had tense moments.