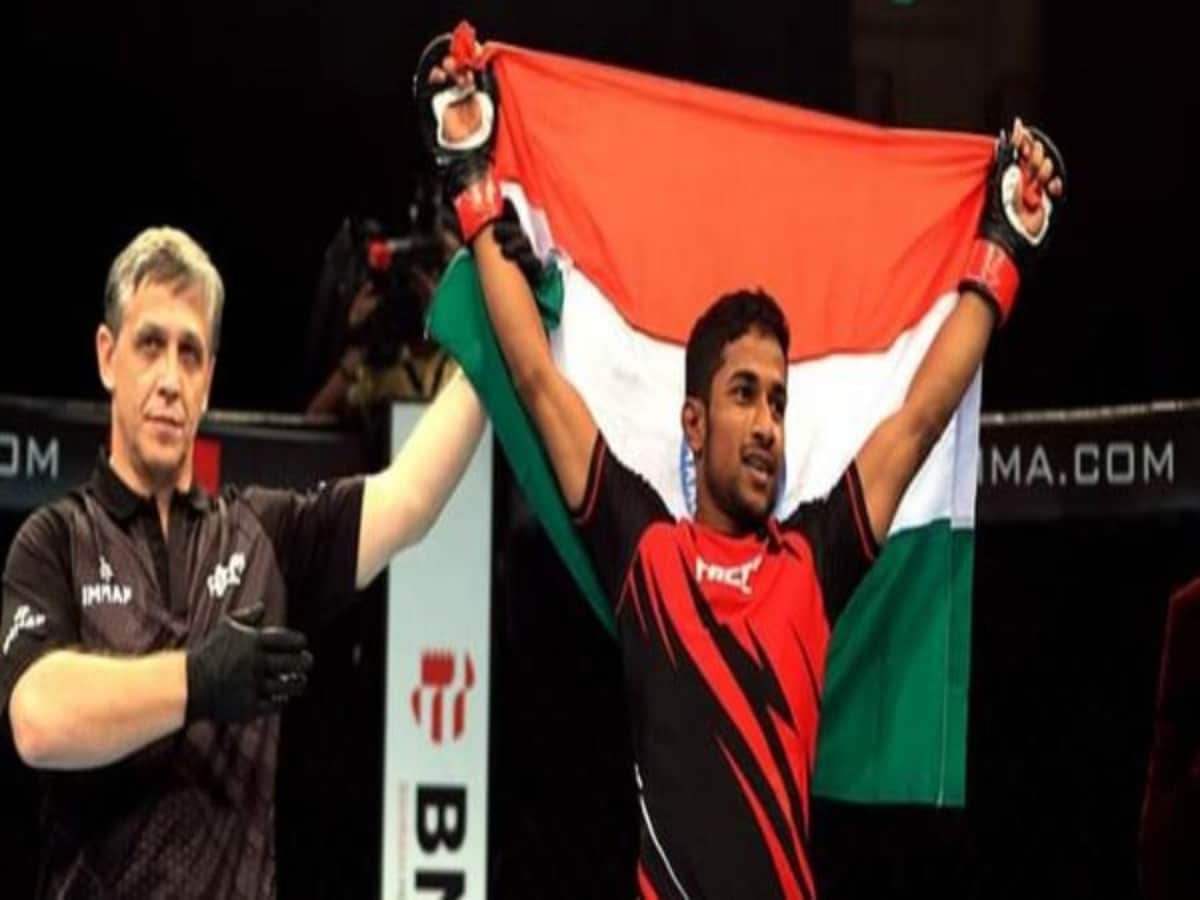 Hyderabad: The lack of financial support has become a major roadblock. India’s first and only international Mixed Martial Arts (MMA) champion Mahboob Khan who has recently earned his selection for another world championship, however, lacks funds to participate in it.

Early November, came as a huge surprise and a source of anxiety for Shaik Khalid, the coach of Mahboob Khan and the founder of Telangana Association of Mixed Martial Arts (TAMMA) as he received Mahboob’s selection letter from MMA India.

However, just like every time, Shaik Khalid would again have to over-burden himself with training his athlete as well as run around to find a sponsorship for him. Last time, in the Bahrain IMMAF world Championship, when Mahboob became India’s first and only world champion, Shaik Khalid said that the whole team including himself contributed and raised about 2 lakh so that Mahboob can fight.

“Because MMA is a non-Olympic sport, there is no financial support from the government either,” Khalid remarked.

Furthermore, the letter from MMA India stated that the total cost of the participation including registration, travel, visa and stay would be approximately 1.80 lakhs. The letter added “This event is highest level of opportunity for Armature MMA athlete and would bring lot of pride to our country and help athletes to move up to the next level of career. Due to the fact that Mr. Mohammed Mahboob Khan has to support all the travelling expenses on his own, we would encourage sponsorship from you and contribute towards the development of the Sport in India.”

The little known Hyderabadi beast from Dabilpura who has created history by becoming the first and only international MMA champion in 2018 comes from humble beginnings.

Mahboob Khan used to be a bodybuilder who worked in a clothing shop and used to drive a taxi. He told Siasat.com that in 2016 his friend introduced him to Khalid and they subsequently went to watch a state championship. “I got interested in the sport and joined… I never thought I would participate in tournaments but as we trained I gained more confidence and later… Shaik Khalid made me play nationals,” the 23 year old said.

There was a point when Mahboob said he was not getting enough time to train, and as Sheik Khalid saw potential in him, he asked Mahboob if he would quit his jobs and stay with him. “He also offered to give me a salary,” Mahboob added.

With five years of amateur fighting experience, Mahboob Khan, who now hold a record of 34 wins and five losses, has three straw-weight and four flyweight National gold medals, one international gold medal and has been the five-time fight-night (semi-pro) champion.