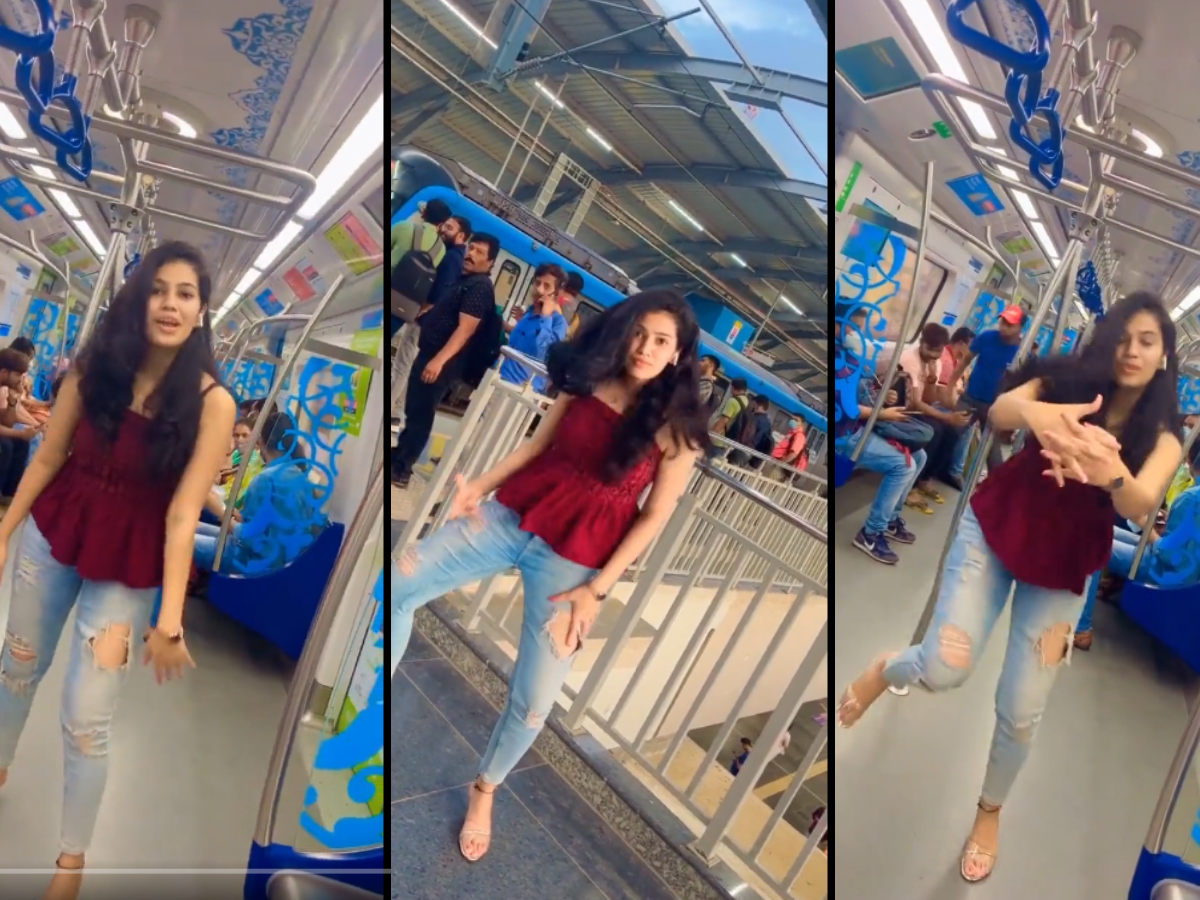 Hyderabad: A complaint was filed against a woman for dancing on a metro train in the city for her Instagram reel.

The video of her dancing to the Tamil song has gone viral on Twitter, and it appears that not everyone is thrilled with it. Many people criticised the young girl and called her a nuisance.

However, HMRL authorities had said that stringent action will be taken against the young girl.

A few Twitteratis appeared unfazed, with many asking why such activities were permitted on public transportation.

“What kind of bother is this? Are you okay with this happening on metro trains? Have you converted Hyderabad metro stations into picnic areas and dancing floors? (sic),” a user tweeted using the hashtag #HyderabadMetroRailLimited.

“When I was in China, I observed old folks dancing on the pavement with music on,” another person added.

“It is quite enjoyable to see. Here in Hyderabad, autos used to play tunes over the speakers, which made the boring traffic trip more entertaining. Why have people become so intolerant when it does not damage anyone?” tweeted another supportive Twitter user.