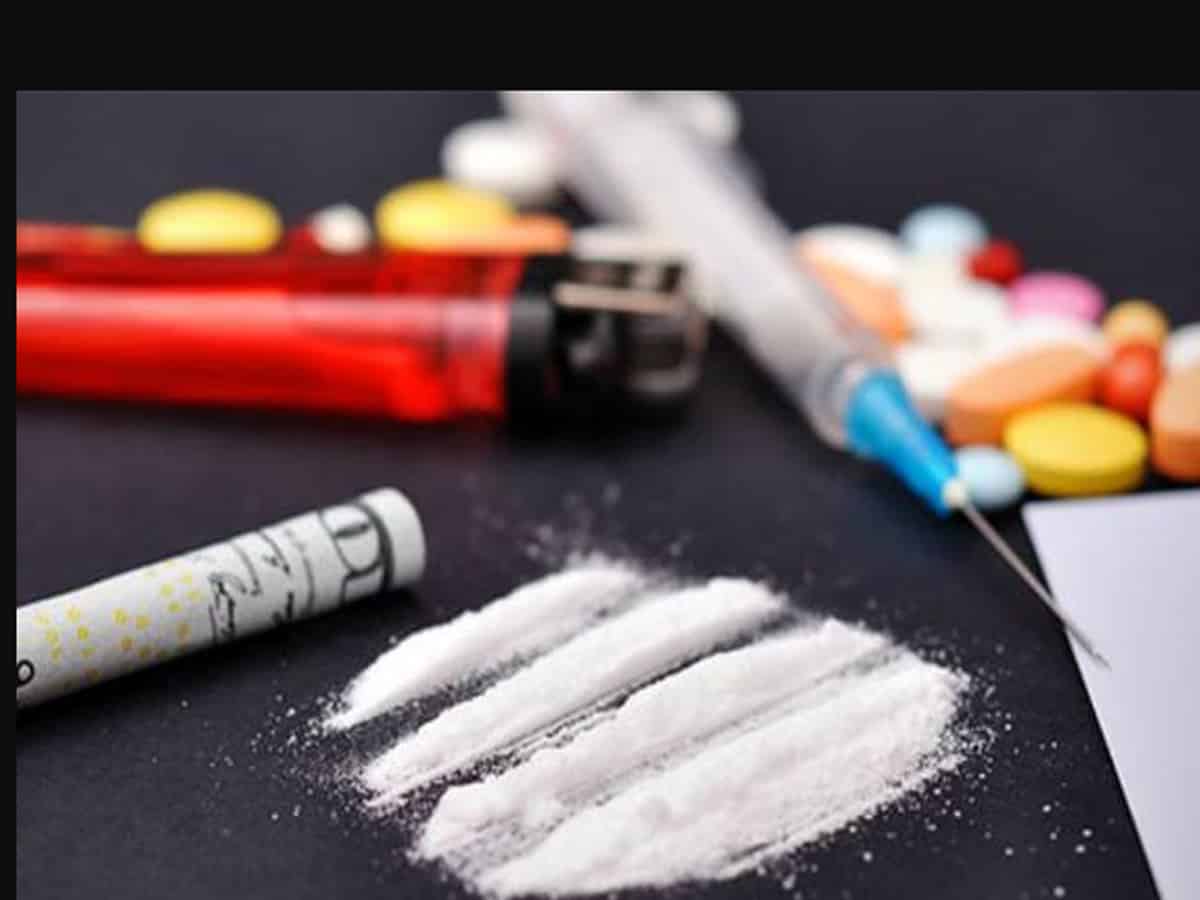 Hyderabad: A growing trend of drug abuse is being observed in the twin cities of Hyderabad and Secunderabad. The youths in these two cities are falling prey to the drug menace. Those involved in drug peddling resort to novel techniques of drug supply including home delivery.

The youth who are hooked to addiction are acquiring the drugs without any fear. The use of marijuana, heroin, cocaine and other drugs are becoming normal and they are also available in thickly populated areas.

The higher police authorities and the local police officials are aware of this problem. The use of “Whitener” drugs is on increase among the youths.

The youths of good families are also becoming victims of marijuana and other hard-core drugs.

It is observed that those youths who take drugs sleep long hours and when they get up after their full rest they appear completely fresh. Their misleading appearance makes it difficult to know that they have become addicted to drugs.

The colleges are online and the youths are confined to their homes for the past two years during the Corona pandemic which led to psychological problems among the youths who are resorting to drugs to cope with their mental pressure.

Drugs can spoil the lives of the youths. The police authorities must take immediate steps to end this menace from the twin cities of Hyderabad and Secunderabad.

It is not only the responsibility of the Police and narcotic officials but the parents as well to keep a watch on their wards for abnormal behavior to save them from falling prey to this drug menace.