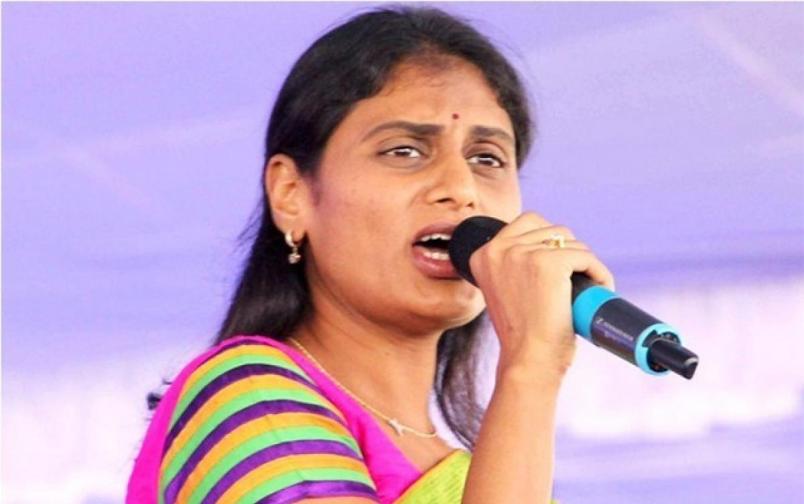 Hyderabad: Why did Y S Sharmila, daughter of former Andhra Pradesh (AP) chief minister (late) Y. S. Rajasekhara Reddy, decide to take a plunge into politics now? That too in Telangana and not in AP. Was it because of her brother Y. S. Jagan Mohan Reddy (current AP chief minister) pushing her to political relevance? Or is her move a proxy of the ruling Telangana Rashtra Samithi (TRS)?

It is pertinent to note a few things before one can try and read into her move of starting a new political party in Telangana. First, Sharmila was in fact the one campaigning for her brother and his party, the YSR Congress Party (YSRCP), in AP even during the 2019 state and Lok Sabha polls (which the YSRCP won). She was expected to have contested herself, but that did not fructify.

Second, the timing of her sudden decision to start a new party is what has raised suspicion that Sharmila’s latest move could be a TRS proxy. Especially given that the upcoming Nagarjunasagar by-poll is around the corner. While some analysts believe in this theory, others from AP essentially say that Sharmila is tired of being sidelined by her brother.

“People close to her say that this has nothing to do with Jagan, and that she just wanted to start her own party. But because Jagan can’t do anything here given his good rapport with (Telangana chief minister and TRS supremo) K. Chandrasekhar Rao (KCR), Sharmila is doing the same,” said a YSRCP source who spent time with Sharmila earlier, and who did not want to be quoted.

The source told siasat.com that there have been rumours also of Jagan and Sharmila growing apart as the latter was not allowed to contest in the 2019 Lok Sabha or state polls, leading to her getting miffed. Though she is a YSRCP member, she has more or less been kept at bay from power or party affairs. Why Sharmila wants to start her party from Telangana however is a mystery.

“One thing is there that the banners of Sharmila feature only her and her father. However, Naidu’s own loyalists have also left him to join other parties here in Telangana, so why will YSR’s loyalists go to her? One also has to look at political advantages, loyalties aside. Just loyalty is not a factor,” remarked a senior Congress leader from Telangana, when asked about this development.

A. Revanth Reddy, Telangana Congress working president and Lok Sabha member of Parliament from the Malkajgiri seat, said that Sharmila’s new attempt is a “conspiracy” to weaken the Congress in the state. In an attack on Tuesday, he called her attempt an insult to the “martyrs” of the state (who gave up their lives during the Telangana statehood agitation before 2014).

The theory of Sharmila being a KCR proxy is essentially believed given the timing of her attempt. While it is doubtful that people of Telangana will vote for her given that YSR was completely against the creation of the state, some analysts say that KCR is essentially testing water to see if he can dent the opposition Congress’s vote bank in the state, starting with the Nagarjunasagar by-election.

“To assume that YSR’s daughter (Sharmila) will have some command in this region is a fallacy. This new development seems to be yet another game that KCR is playing, as he is still under the impression that Congress is still his main opposition. The vote bank that Sharmila may attract will impact the grand old party. It could be a test case,” said political analyst Palwai Raghavendra Reddy.