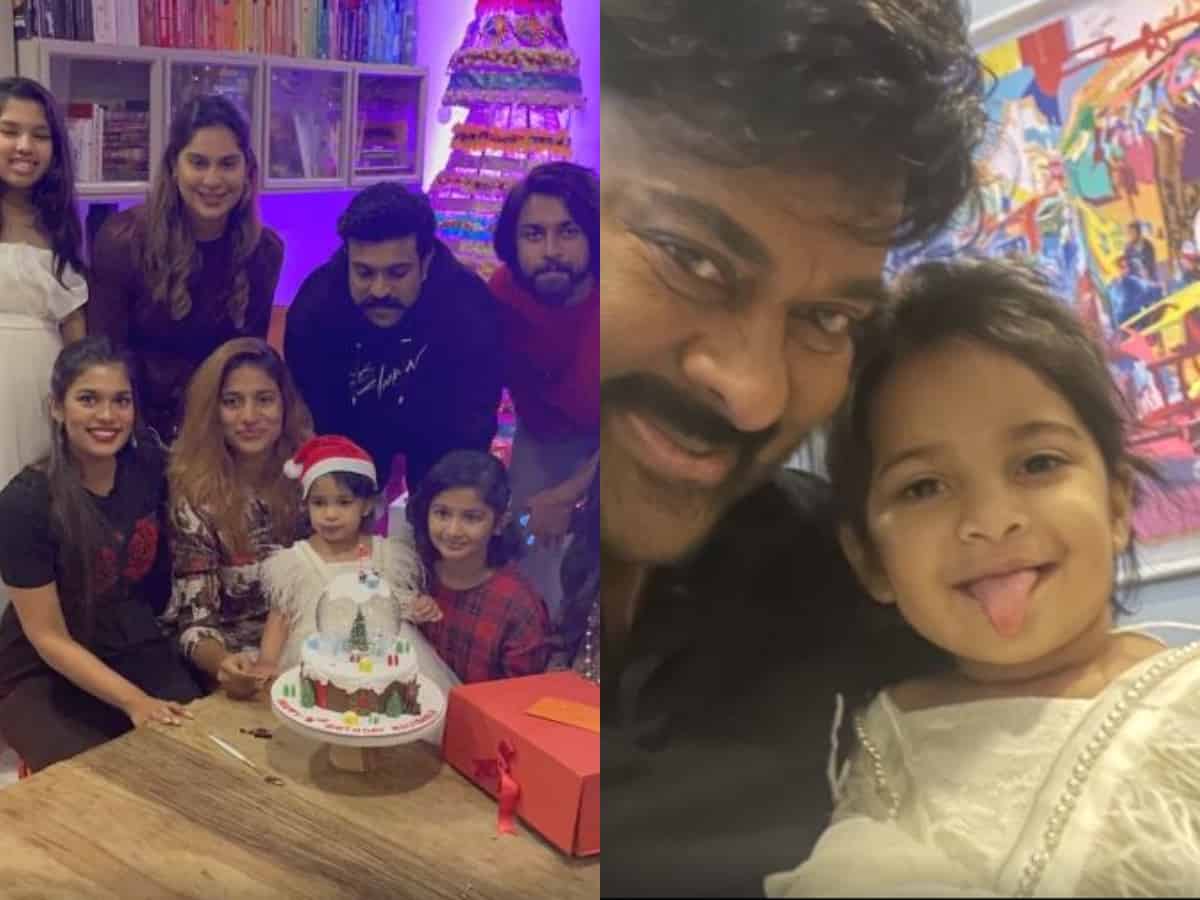 Hyderabad: People across the globe are celebrating the Christmas eve today with much zeal and enthusiasm. On this special occasion, which is celebrated to honour the birth of Jesus Christ, social media is flooded with warm wishes from celebrities and netizens. While this Christmas is special to everyone, it is much more special to Tollywood megastar Chiranjeevi as the day also marks his granddaughter’s birthday.

On Friday, Chiranjeevi took to his Instagram and shared an adorable video of his granddaughter Navishka she turns two today. The video which begins with Chiranjeevi and Navishka also showcases the birthday celebrations of the little one along with the christmas.

In video, Navishka looks cute as button in a white fiary frock as she celebrated her birthday with her family. Sharing the video, Chiranjeevi wrote,

Chiranjeevi married Surekha, daughter of actor Allu Ramalingaiah, in 1980. Other than actor Ram Charan, the couple have two daughters – Sushmita and Sreeja. Navishka is the daughter of Sreeja Kalyan.

On the work front, Chiranjeevi was last seen in the much-talked-about Sye Raa Narasimha Reddy, which also starred Amitabh Bachchan in a significant role. He will next be seen in Telugu film Acharya. The film is being directed by Koratala Siva.