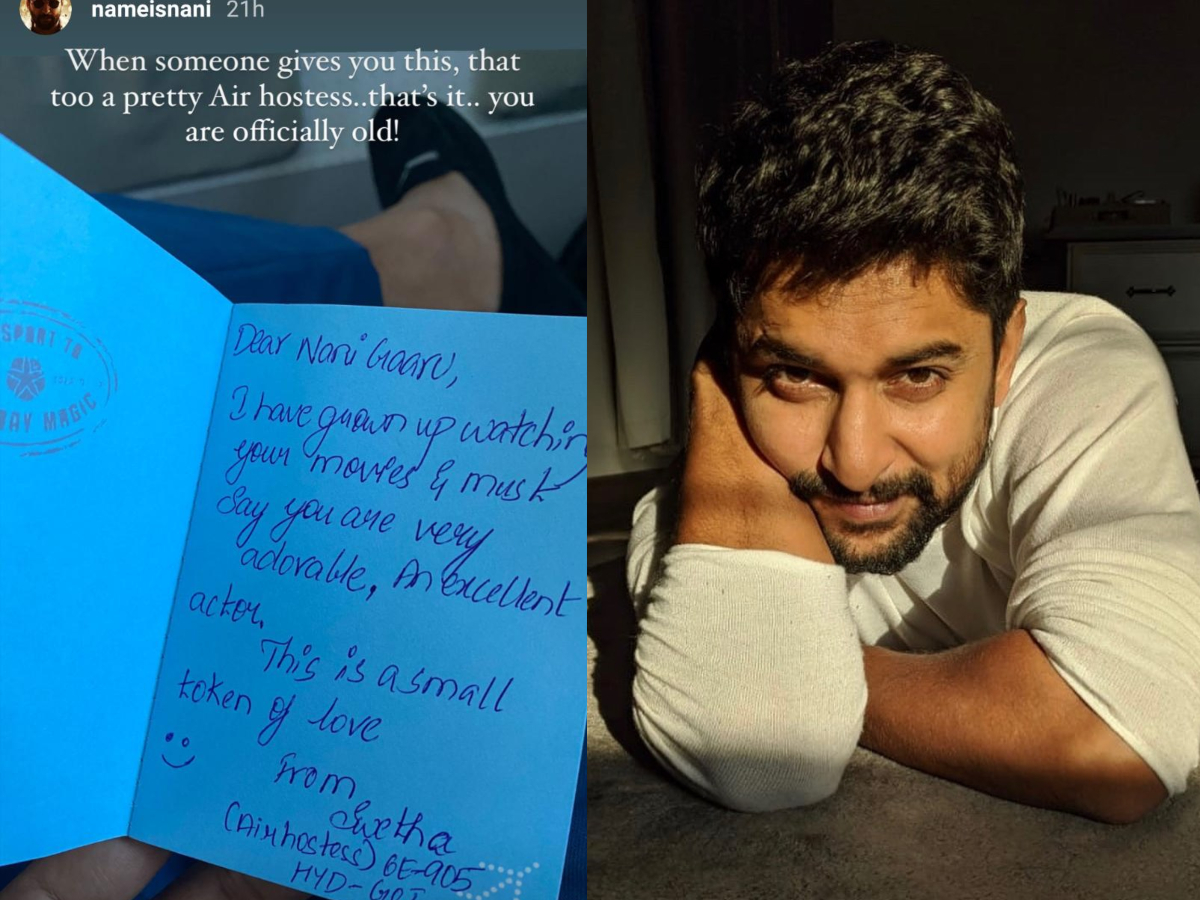 Hyderabad: Fondly called ‘Natural Star’, Nani is one of the much-loved stars in Tollywood who has huge fan following across the nation. The actor who has successfully earned a name for himself in the Telugu film industry, made his film debut with the hit romantic comedy film Ashta Chamma.

Recently, Nani was travelling from Hyderabad to Goa when a pretty airhostess noticed him on-board and penned him a hand-written note which he shared it on his Instagram stories. In the note she wrote, “Dear Nani Garu, I have grown up watching your movies and must say that you are very adorable, an excellent actor. This is a small token of love. – From Swetha (Air Hostess) 6E-905 HYD – GOI”.

While Nani was on cloud-nine at having gotten such a lovely note, he also wondered if this made him officially old. He wrote, “When someone gives you this, that too a pretty Air hostess..that’s it..you are officially old!”

Meanwhile, on the professional front, Nani was last seen in the film V, directed by Mohana Krishna and Indraganti. The film received mixed responses from the audience and critics. He is currently working in Rahul Sankrityan’s directorial ‘Shyam Singha Roy’. Produced by Venkat Boyanapalli, Sai Pallavi and Krithi Shetty are the two female leads in the film.

Nani recently wrapped up his film ‘Tuck Jagadish’ in which he plays the role of Jagadish Naidu. He has also given his nod to Vivek Athreya for Ante…Sundaraniki, which will see Malayalam actress Nazriya Nazim Fahadh make her debut in Telugu.