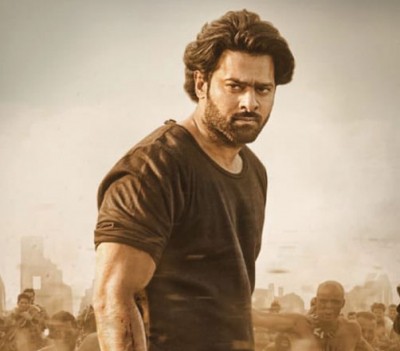 Mumbai: Prabhas’ global stardom due to the great success of the pan-Indian film Baahubali, is known to all. Since then he has received a lot of love from fans all over the world and the craze surrounding him is never-ending.

Now, Prabhas is gearing up for one of the most widely anticipated films ‘Adipurush’ and fans are eager to see him on the silver screen. The film is currently making headlines for its budget and Prabhas’ earnings from the film. Scroll ahead to have a look at both.

According to a report in Pinkvilla, Kumar said, “Adipurush is made on a budget of Rs 500 crore. For that film, we know that the opening will be giant with a houseful board across. So, we will try to optimize the demand for the film by going ahead with blockbuster pricing. We know people will come to see it irrespective of pricing as it is a one-off it’s kind event cinema and there is only limited capacity. So, we would make sure, to go all out with this film.”

Meanwhile, a source close to the Times of India has revealed that Prabhas charged more than 100 crores for his upcoming film. The source said, “Prabhas is way ahead of the Khans and Akshay Kumar who still churn out maximum Hindi releases. His remuneration for ‘Adipurush’, which is close to 150 crores, surpassed the fee that Salman Khan received for ‘Sultan’ and ‘Tiger Zinda Hai’ and what Akshay Kumar charged for ‘Bell Bottom’.”

Directed by Bhushan Kumar, ‘Adipurush’ also stars Bollywood actors Saif Ali Khan and Kriti Sanon and is slated to hit big screens on January 12th, 2023. Adipurush is based on the epic Ramayana and will feature Prabhas as Lord Ram whereas Kriti Sanon will play the role of Sita. Saif Ali Khan will be seen playing the role of Lankesh.